CULTURE Australia's women and men footballers to get equal pay

Australia's women and men footballers to get equal pay 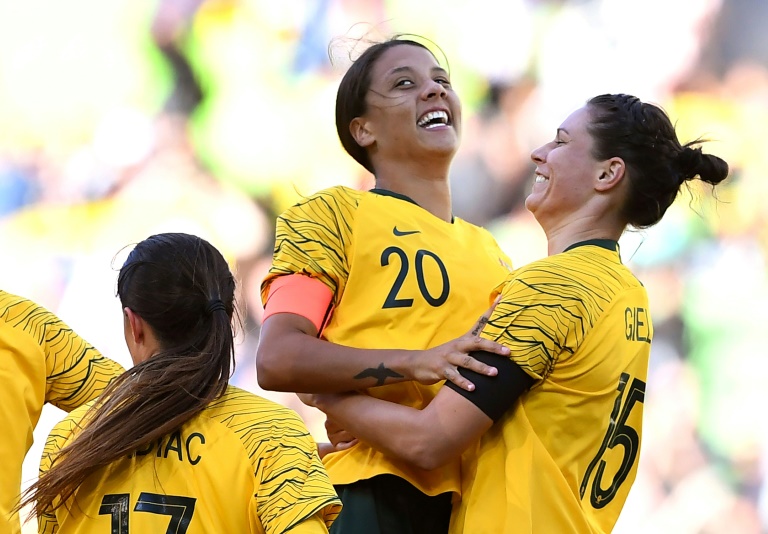 Women footballers playing for Australia's national team will earn the same as their male counterparts under a deal unveiled Wednesday in a big boost for gender equality.

Under a new centralised contract system announced by Football Federation Australia, Matildas stars such as Sam Kerr and Ellie Carpenter will pocket the same as big-name Socceroos such as Aaron Mooy and Mat Ryan.

"Football is the game for everyone, and this new collective bargaining agreement is another huge step toward ensuring that we live the values of equality, inclusivity and opportunity,” said FFA chairman Chris Nikou.

Under the four-year deal, through the next World Cup cycles, the Socceroos and Matildas will receive a 24 percent share of national team revenues, rising by one percent each year.

In other words, the better they do, the more they get paid.

From that amount, the players have committed that five percent will be ploughed back into Australian youth national teams, guaranteeing a minimum level of investment for future generations.

There has also been a boost in how much players get from prize money earned on qualifying for a World Cup, which rises from 30 percent to 40 percent.

It follows a more general deal struck earlier this year that will see all professional female footballers in Australia receive the same minimum wage as their male counterparts.

"We believe it sets the model for where all federations and players -- male and female -- can take the game to unlock the incredible social and commercial opportunity that, in particular, women's football presents," he said.

"The deal is based on the principles of partnership, equality and investment. The players of today are investing in the future of Australian football because they believe in the game and they believe in each other."

Australia has emerged as a champion for equality in the sports arena with netballers and women cricketers also winning better pay deals in recent years.

Earlier this year, 17 sporting chief executives in Australia all threw their weight behind a drive to close the pay gap between top male and female athletes and advance all aspects of women's sport.