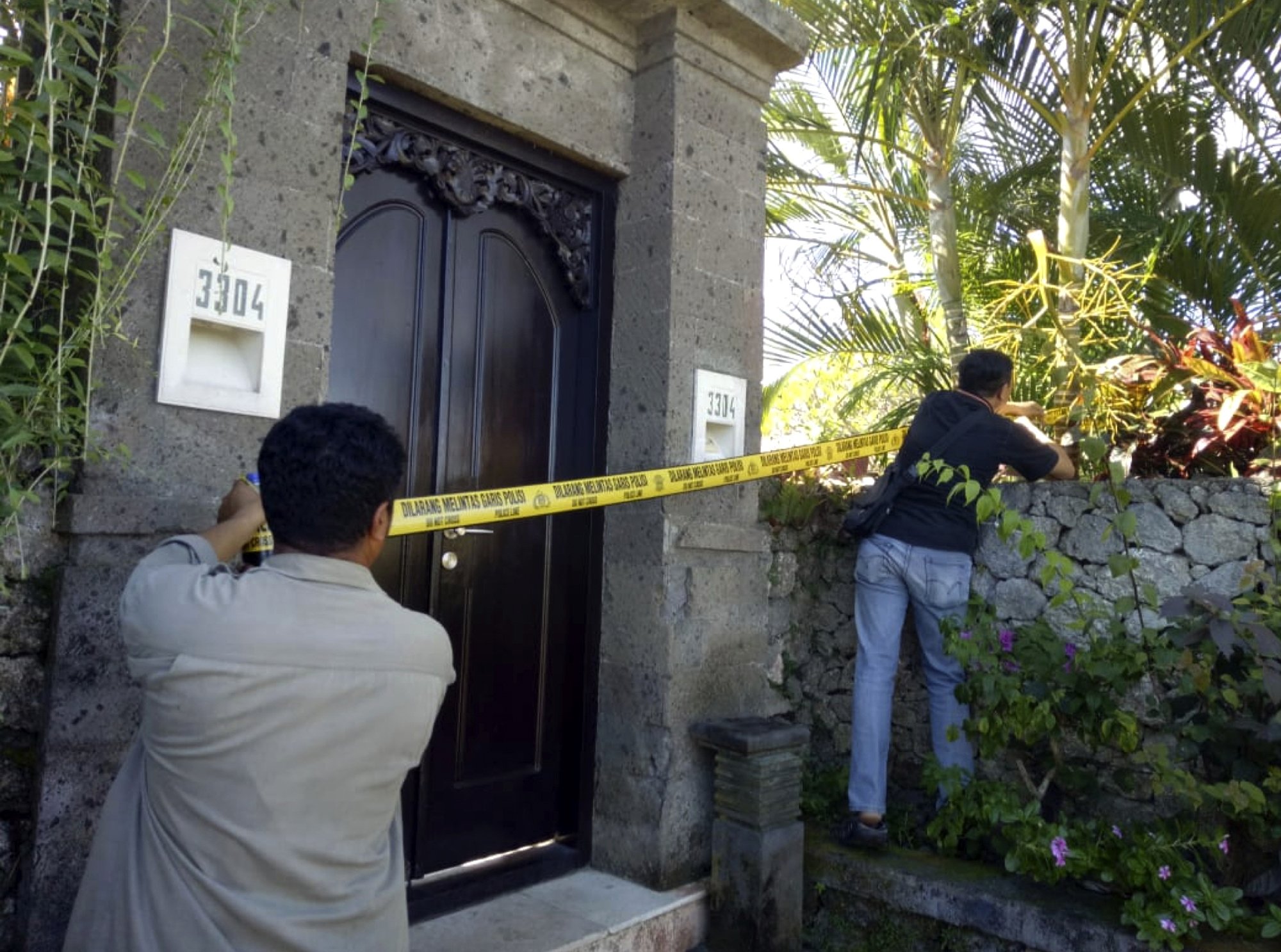 In this Saturday, May 4, 2019, photo released by Denpasar Police, officers put up police line around the villa where Australian DJ Adam Neat was found dead after reportedly crashing through a glass window while trying to help a stricken friend in Kuta, Bali, Indonesia. (Photo: AP)

An Australian DJ popular on the Asian club circuit was found dead after suffering massive bleeding from an injury at a resort complex on the Indonesian island of Bali, police said Monday.

Indonesian police said they are still investigating the death of the 42-year-old performer, who used the stage name Adam Sky. An initial police report seen by The Associated Press said Neat suffered a deep and wide cut to his arm that caused massive bleeding.

Local police chief Dody Monza said the body was found lying near a bathroom in his bedroom by two housekeepers at Hillstone Villa where the DJ stayed in Bali, a few minutes after they heard a woman scream for help.

Police said a 22-year-old Russian woman described as a friend of Neat’s was found naked beside the villa with a broken leg, while bloodstained glass fragments were found in Neat’s room. Police did not say how the woman was injured.

Police Detective Muhammad Nurul Yaqin said a preliminary investigation showed that Neat was drunk at the time and smashed a glass window in his bedroom. Part of the broken window fell on his right arm, causing severe bleeding, he said.

“We cannot conclude yet whether he intended to break the glass or accidentally hit it,” he said.

Monza said Neat’s wife arrived in Bali after his death and refused an autopsy.

“We are still investigating this case despite an autopsy refusal by Neat’s wife,” he said.

Neat’s website says he has toured with artists including Taio Cruz and The Scissor Sisters.