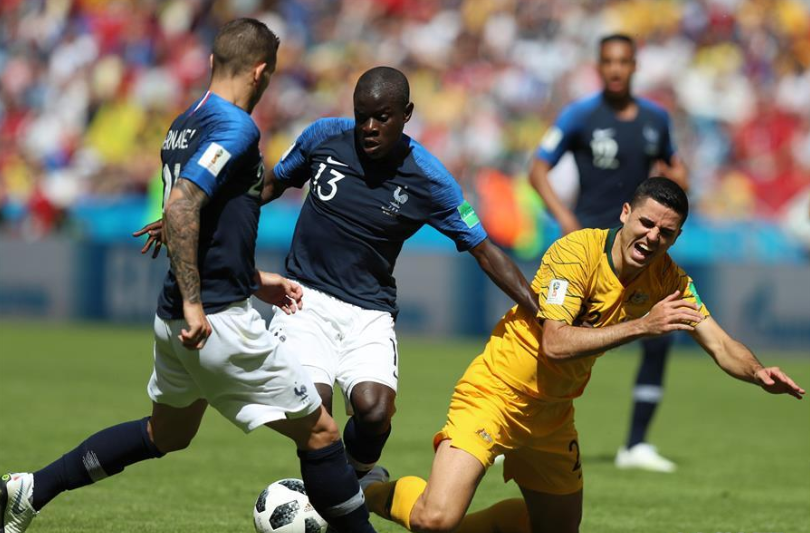 Australia head coach Bert van Marwijk said he was proud of his team's performance but also disappointed in the result following a narrow 2-1 defeat to France in the World Cup Group C opener on Saturday.

Speaking at the post-match press conference, the 66-year-old praised the performance of his players. "Nobody expected that we could play like this against France," he said.

Van Marwijk also hailed his players' strength of character. "One of the most positive things is we showed the guts and we can be ourselves. The next game is another game. It gives us a lot of confidence," he added.

However, the Dutch tactician also expressed disappointment in the circumstances surrounding France's opening goal, which came after the first VAR-assisted penalty in FIFA World Cup history.

Referee Andres Cunha initially did not award the penalty, but changed his mind after consulting the pitchside VAR review system.

France forward Antoine Griezmann scored from the resultant spot-kick to give France the lead.

Van Marwijk expressed his disappointment at the decision, noting that the referee had been standing close to the original incident when he decided not to give the foul.

"He's also a human being, and everyone makes mistakes," lamented van Marwijk.

The Dutchman would not be drawn on his tactical plans for Australia's next match against Denmark, and also refused to comment on the performance of the French team.

"I only watched my team. I will not talk about France. I wish them all the luck, and I mean that."