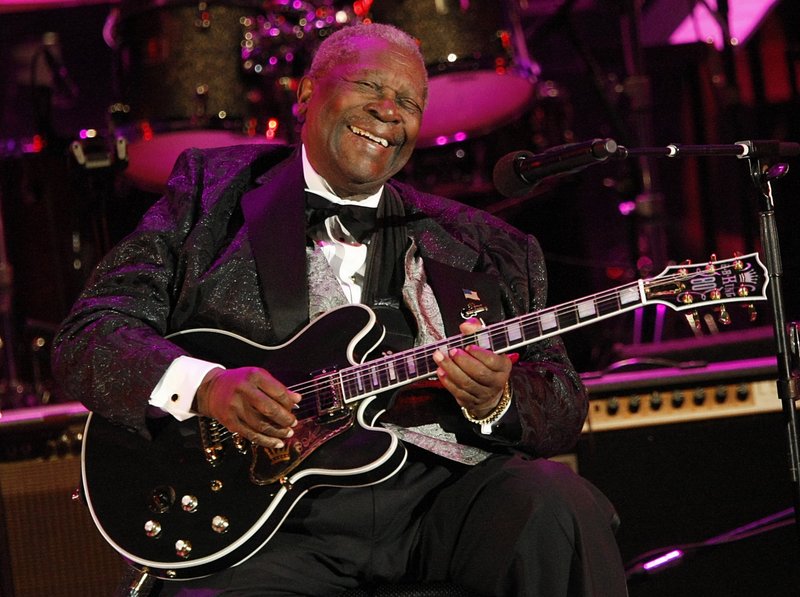 Musician B.B. King performs at the opening night of the 87th season of the Hollywood Bowl in Los Angeles. (File photo: AP)

Her name was “Lucille,” and in B.B. King’s hands she gave voice to the “King of the Blues.”

Julien’s Auctions announced Tuesday that King’s black Gibson ES-345 prototype guitar is among the items from his estate that will go up for bid on Sept. 21.

The guitar was not the first to bear the name. The story goes that King first used that moniker for a guitar he rescued from a fire while he was playing an Arkansas club in 1949. The blaze broke out as two men fought over a woman, and the musician narrowly escaped death after he went back into the club to save his guitar, the auction house said.

When King learned the woman’s name was Lucille, he named his guitar after her “to remind himself to never fight over a woman or run into a burning building,” the auction house said.

The National Medal of Arts that President George H.W. Bush presented to King in 1990 is also up for auction. So are his touring van, jewelry and clothing.