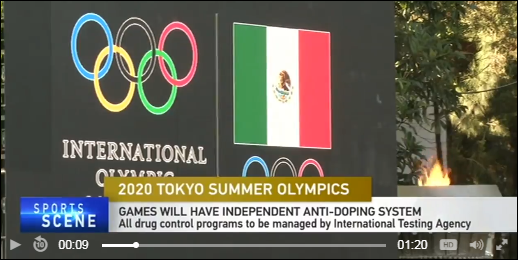 The arrangement is expected to provide full autonomy to combat scandals and controversies around performance-enhancing drugs.

Bach made the announcement during his visit to Mexico City to celebrate the 50th anniversary of the 1968 Games. Two years ago, a report commissioned by the World Anti-Doping Agency revealed more than 1,000 Russian athletes in over 30 disciplines were involved in a conspiracy to hide positive doping tests over a five-year period.

More than 100 competitors from the country were then banned from the 2016 Rio Summer Olympics after the IOC laid out strict criteria for reinstatement. Bach believes putting the International Testing Agency in charge of the process will eliminate claims of political bias.

"From the Games in Tokyo, we make the whole anti-doping system independent from the IOC. That means that all the testing programs will be managed by the international testing agency, and they will do so in true independence from the IOC. In this way, avoiding even the perception of a conflict of interest," he said.