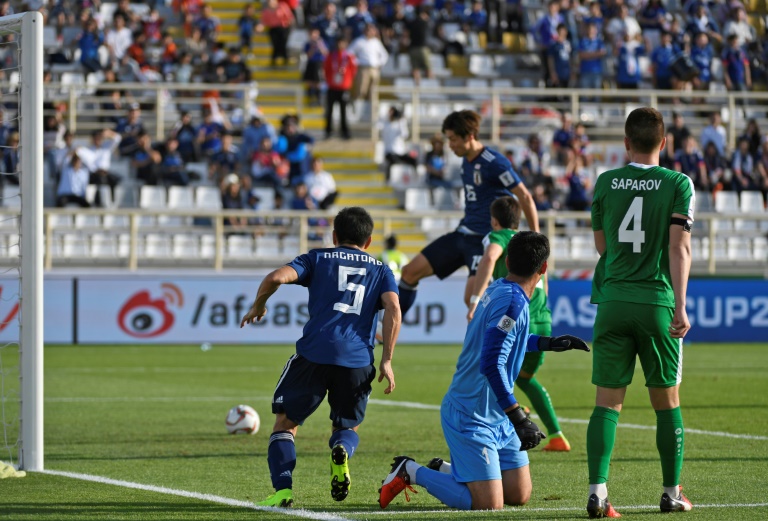 Japan captain Maya Yoshida admitted the former champions had failed to do sufficient homework on Turkmenistan after coming from behind to win their Asian Cup opener 3-2 on Wednesday.

A quickfire Yuya Osako double triggered Japan's fightback in the Abu Dhabi sunshine after they went into the halftime interval 1-0 down in their Group F clash.

The Blue Samurai reached the knockout stages of last year's World Cup but had to dig deep against against Turkmenistan in an absorbing match.

"We made a terrible start and made things difficult for ourselves," said Southampton defender Yoshida.

"They really surprised us -- we didn't have enough information on them to be honest."

Turkmenistan captain Arslan Amanov put the plucky underdogs ahead after 26 minutes, unleashing a ferocious long-range drive that arrowed into the top corner.

But Osako produced a smart turn and finish inside the box to equalise for Japan 10 minutes into the second half following sustained pressure from the four-time Asian champions.

Ritsu Doan added a deflected third after 70 minutes as Turkmenistan began to wilt.

But Ahmet Atayev swept home a penalty 11 minutes from time to ensure a nervous finish for Japan, who are now unbeaten in six matches since Hajime Moriyasu took charge after the World Cup.

"When the penalty went in I thought we were in a bit of trouble," Yoshida told AFP.

"We played better in that second half but we can't be satisfied with our performance."

The Japanese are seeking to make up for their Asian Cup flop four years ago when they lost on penalties to United Arab Emirates in the quarter-finals.

But with a little luck Turkmenistan could easily have inflicted a major shock.

The Emeralds should arguably have been three up by halftime after Mekan Saparov headed over from point-blank range and an Atayev rocket forced Japan goalkeeper Shuichi Gonda into a brilliant reflex save.

"I was actually surprised how well we did in the first half," said Turkmenistan coach Yazguly Hojageldiyew.

"We lost our way a bit in the second half, but we're not out of it yet. We'll give everything in the next two games."

Japan, only kept out of the World Cup quarter-finals by a stunning Belgium comeback from two goals down, have now lost just one of their last 29 games at the Asian Cup, excluding penalty shootouts.

But they will need to improve if they are to threaten favourites Iran -- 5-0 winners over Yemen earlier this week -- and a South Korea side soon to be boosted by the arrival of Tottenham forward Son Heung-min.

"The first match is always a bit special and we expected a battle," said Moriyasu.

"We have a lot of things to work on for the next game."

Uzbekistan were playing Oman in the other Group F fixture in Sharjah later on Wednesday.