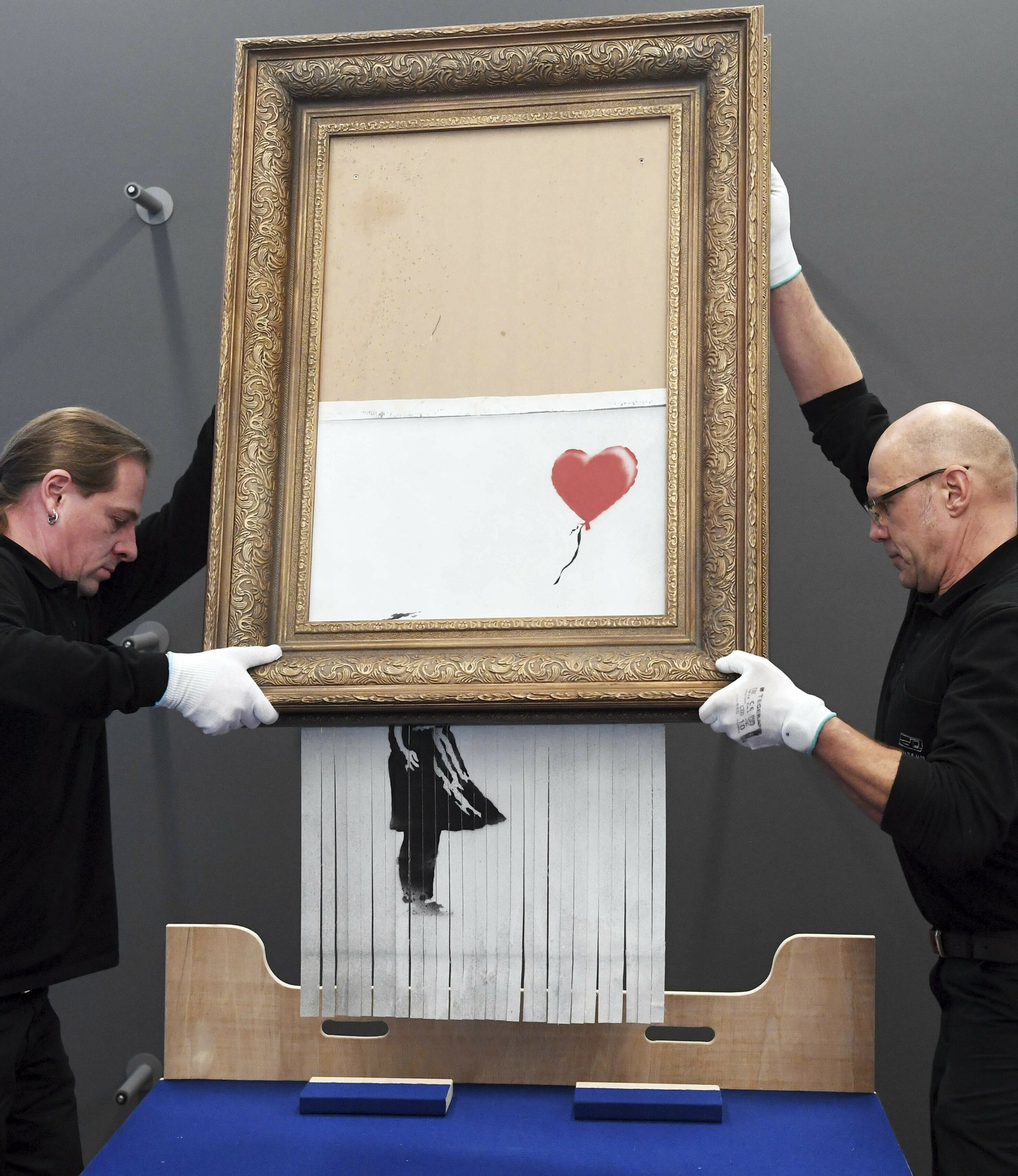 The shredded Banksy painting "Love is in the Bin 'is being exhibited at the Museum Frieder Burda in Baden-Baden Monday Feb. 4, 2019, where the work will be shown from Feb. 5 to March 3, 2019.

A Banksy painting that shocked onlookers as it partially shredded itself after being sold at auction is going on display in Germany.

The Frieder Burda museum in Baden-Baden said Monday that “Girl with Balloon,” which self-destructed last year after an unidentified European collector successfully bid $1.4 million at a Sotheby’s auction, will be shown from Feb. 5 through March 3.

The painting, retitled “Love is in the Bin” after the shredding, will then be moved to the Staatsgalerie Stuttgart museum on permanent loan.

“Girl With Balloon,” which depicts a small child reaching up toward a heart-shaped red balloon, was originally stenciled on a wall in east London and has been endlessly reproduced, becoming one of Banksy’s best-known images.