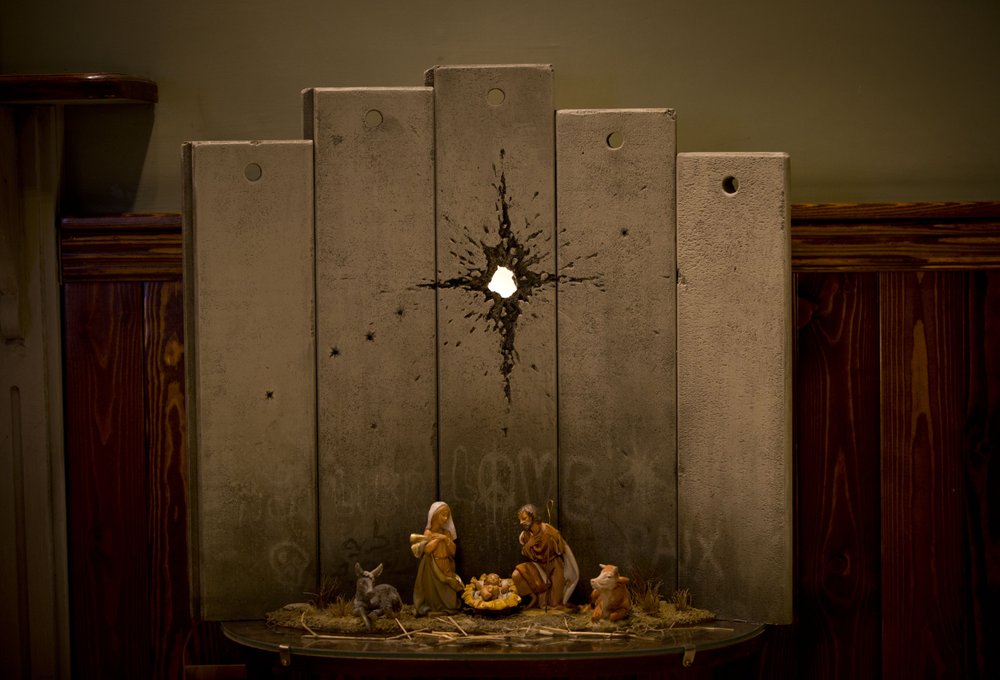 A new artwork dubbed "Scar of Bethlehem" by the artist Banksy is displayed in The Walled Off Hotel, in the West Bank city of Bethlehem, December 22, 2019. (Photo: AP)

The mysterious street artist known as Banksy has displayed a politically charged nativity scene in Bethlehem, the town revered as Jesus’ birthplace, just in time for the busy Christmas season.

The artwork, named “Scar of Bethlehem,” depicts the birth of Jesus under Israel’s West Bank separation barrier with a bullet hole shaped like a star. The piece is displayed at the “Walled Off Hotel,” a Palestinian guesthouse in Bethlehem that is filled with Banksy’s artwork.

“We see there is a scar,” he said. “A hole on the wall marks the wall and the life in Bethlehem.”

The hotel, which overlooks the separation barrier, sarcastically boasts “the worst view in the world.” Since its opening in 2017, it has become a popular tourist draw.

“Banksy is trying to remind the world that people of Bethlehem, where Christmas was started, are not celebrating Christmas like the rest of the world,” he said. 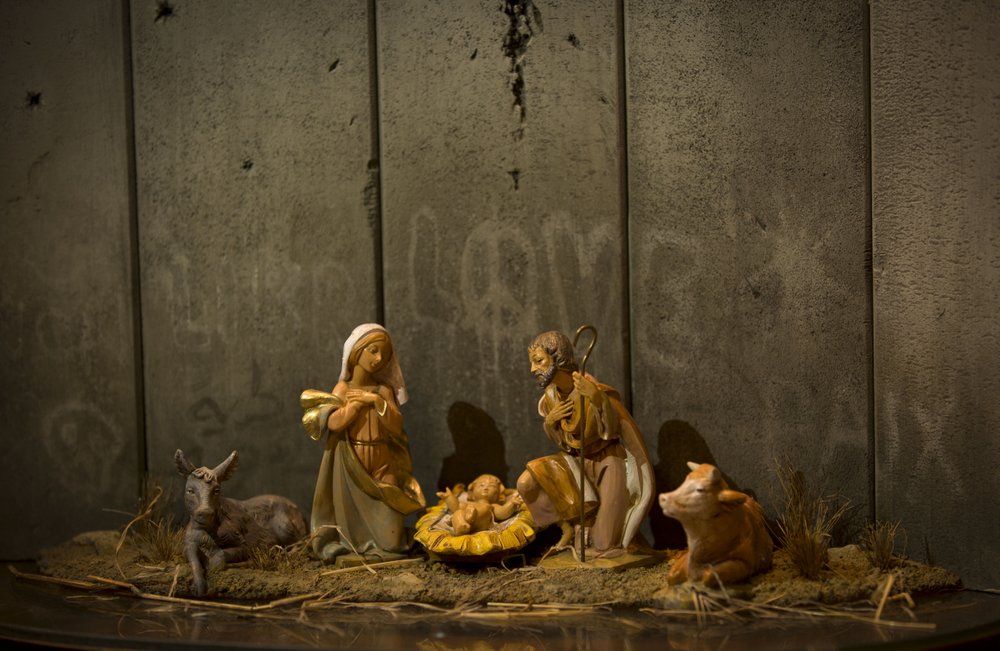 A new artwork dubbed "Scar of Bethlehem" by the artist Banksy is displayed in The Walled Off Hotel, in the West Bank city of Bethlehem, December 22, 2019. (Photo: AP)

Israel built the barrier in the early 2000s in what it said was a move to prevent Palestinian suicide bombers in the West Bank from reaching Israel. The Palestinians consider the barrier illegal and call it an Israeli land grab, noting that it has engulfed large chunks of the West Bank onto the Israeli “side.”

Bethlehem has been affected especially hard by the barrier, which surrounds large parts of the city. 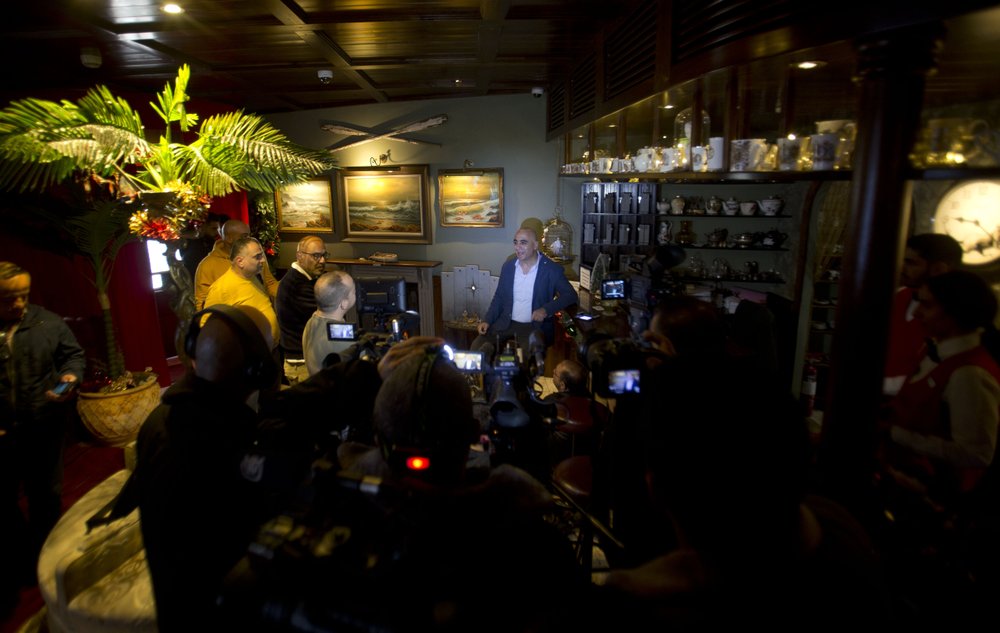 Wisam Salsa, general manager of the Walled Off hotel, speaks to journalists about a new artwork dubbed "Scar of Bethlehem" by the artist Banksy that is displayed in hotel, in the West Bank city of Bethlehem, December 22, 2019. (Photo: AP)

Tourists flocked to the hotel Sunday to see the nativity scene and other works by Banksy as part of their visit to the city during the peak Christmas season.

Rafael Edelmuller, a 37-year-old tourist from London, said he was looking forward to seeing the art after seeing most of Banksy’s work in Amsterdam and London.

“So we saw the Church of Nativity and then the second thing that we wanted to see was the wall with the Banksy hotel and the artwork,” Edelmuller said.

The British street artist, who carefully protects his anonymity, is believed to have made several past appearances in the Palestinian territories.

In one work, a mural of a girl pulled upward by balloons was painted on the separation barrier facing the hotel. Banksy also is believed to have sneaked into the Gaza Strip to draw four murals there. One was painted on a remaining piece of a building destroyed during the 2014 war between Israel and Gaza’s ruling Hamas militant group and featured the Greek goddess Niobe cowering against the rubble of a destroyed house.