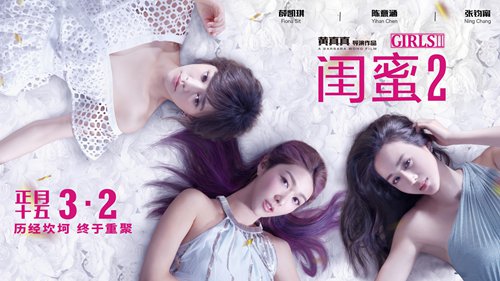 Girls 2, the latest work from Hong Kong director Barbara Wong, is scheduled to release in cinemas across the Chinese mainland on March 2, the day of the Lantern Festival on the Chinese calendar. According to a press release from the film's production company Hengye Pictures, the sequel will continue the friendship of the three characters played by Ivy Chen, Ning Chang and Fiona Sit as they meet up for a reunion trip to Vietnam. In 2014, Wong's Girls proved to be a great example of a Chinese film about female friendship. It not only earned more than 200 million yuan ($30.6 million) at the mainland box office, but also broke box-office records in Hong Kong and Taiwan. According to the director, the upcoming movie will add more adventurous elements including exotic locations, an exciting bachelorette party and a car chase.