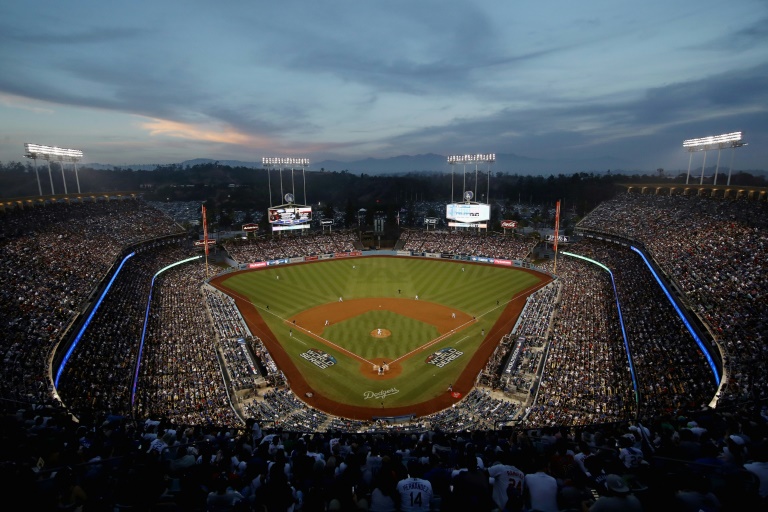 A 79-year-old woman died after being struck in the head by a foul ball during a game at Dodger Stadium in August, ESPN reported. (Photo: AFP)

A woman died after being struck in the head by a foul ball during a Los Angeles Dodgers game last year, the first such death in Major League Baseball in 50 years, the ESPN sports network reported.

The August 29 death of 79-year-old Linda Goldbloom, of Los Angeles, had not been previously reported.

ESPN's "Outside the Lines" said Goldbloom was hit by a foul ball during an August 25 game at Dodger Stadium between the Dodgers and the San Diego Padres.

She died in hospital four days later of what the coroner's report described as "acute intracranial hemorrhage due to history of blunt force trauma."

The Dodgers did not make any public comment at the time but provided a statement to ESPN.

"We were deeply saddened by this tragic accident and the passing of Mrs. Goldbloom," the statement from the team said.

"The matter has been resolved between the Dodgers and the Goldbloom family."

Baseball fans are frequently injured by batted balls that leave the field of play but deaths are rare.

The last was in 1970, also at Dodger Stadium, when a 14-year-old boy was struck and killed by a foul ball.

During the past several years, MLB teams have expanded the use of protective netting around the field designed to protect fans from foul balls.

Baseball tickets warn fans of the dangers of foul balls and urge them to remain alert at all times.

ESPN said Goldbloom had attended the game with her husband, Erwin, to celebrate their 59th wedding anniversary.