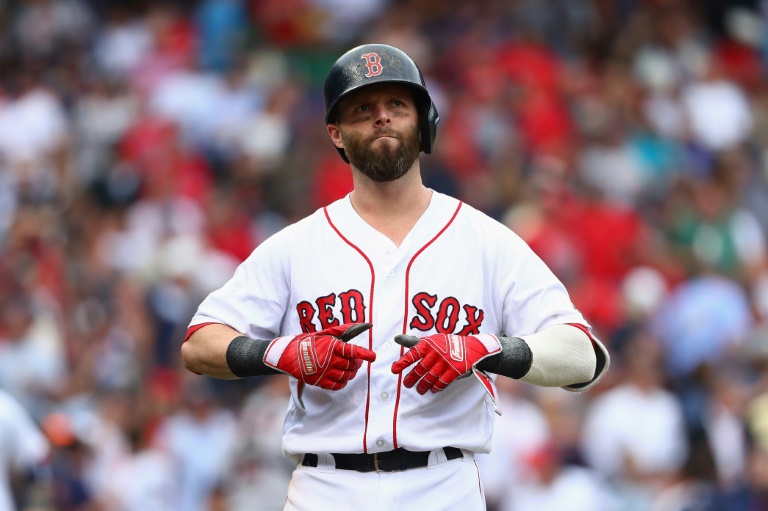 The Red Sox designated the 34-year-old Dominican slugger for assignment to clear a roster spot for Pedoria, a two-time World Series champion and former American League Most Valuable Player with Boston.(Photo: Getty)

The Red Sox designated the 34-year-old Dominican slugger for assignment to clear a roster spot for Pedoria, a two-time World Series champion and former American League Most Valuable Player with Boston.

"Thank you #RedSoxNation. It's been real. Love you always," Ramirez tweeted.

Ramirez, hitless in his past 21 times at bat, was averaging .254 with six home runs and 29 runs batted in over 195 plate appearances in 44 games this season for the Red Sox, who boast the best record in baseball at 34-16.

According to a post on the team's website, Ramirez had a contract option for 2019 that would take effect is he had 497 plate appearances this year, a total well within reach were he to stay with the Red Sox.

The team now has seven days to trade or release Ramirez, who would be paid $15 million if not traded or claimed by another club.

"It was a baseball-related move for us," Red Sox president of baseball operations Dave Dombrowski said. "We were prepared to maybe go in a different direction."

But Dombrowski said Cora called him with the idea of dumping Ramirez whose 2005 trade to the Marlins brought Josh Beckett and Mike Lowell to the Red Sox and they helped bring a World Series title to Boston in 2007, a year after Ramirez won National League Rookie of the Year honors in Miami.