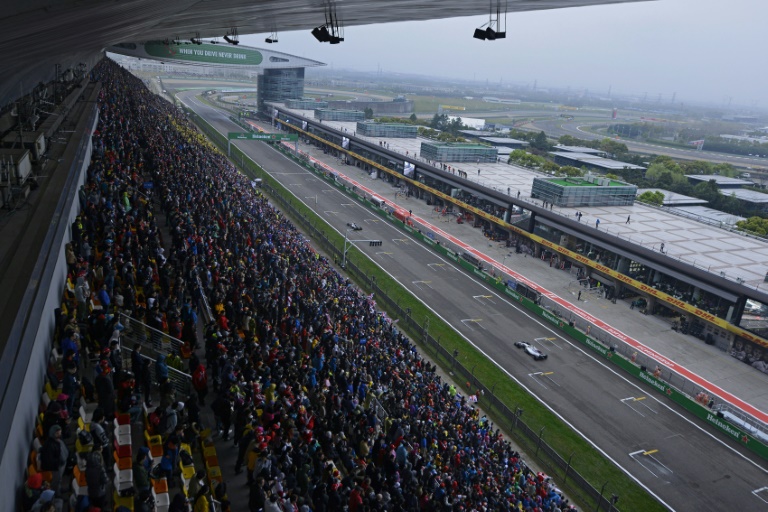 From the first race at a converted World War II airbase in rural England to this weekend's 1,000th grand prix at the $240 million international circuit in Shanghai, Formula One has come a long way since it all began in 1950.

Silverstone held the first race 69 years ago and the British Grand Prix has remained, with the Italian GP, the only ever-present races on the calendar.

In 70 seasons, Formula One has visited 32 countries across five continents and a street circuit in Vietnam will be the newest addition next year.

Formula One's organisation was bought for $8 billion in 2017 by US media giant Liberty Media and is now listed on Wall Street -- a long way from the early days when tyre and oil companies supplied their products for free in return for having their logos on drivers' overalls.

Italian Giuseppe Farina was victorious in May 1950 and went on to clinch the world championship four months later in his home country. A season now lasts more than twice as long.

Michael Schumacher holds the record of seven drivers' world championships and there is a poignancy that his last race win came in Shanghai, in 2006.

Schumacher has not been seen in public since suffering life-threatening brain injuries in a skiing accident in 2013.

At the peak of his career, the German summed up the essence of the sport. "Every year we find something new, we go quicker, that's Formula One," he said.

One of Schumacher's former Ferrari team-mates, the Brazilian Rubens Barrichello, holds the record for most race starts but failed to win a world title in his 18-year career.

Defending champion Lewis Hamilton is closing in on Schumacher's all-time mark after winning his fifth world title last year at the age of 34 to edge ahead of great rival Sebastian Vettel, who won four championships with Red Bull before moving to Ferrari.

It was Argentine great Juan Manuel Fangio who dominated the opening decade with five world championships in seven seasons from 1951.

He was succeeded in the 1960s by multiple world champions Jack Brabham, Jim Clark, Graham Hill and Jackie Stewart.

The 1970s featured the rivalry between James Hunt and Niki Lauda and the 1980s saw the emergence of the great Alain Prost and legendary Brazilian Ayrton Senna before Schumacher began his dominance in the mid-1990s.

More than 20 drivers of the 772 who have started a Grand Prix have died behind the wheel, including Senna and Austrian Roland Ratzenburger on one dark weekend in 1994 at the San Marino Grand Prix.

Their deaths led to wide-ranging changes to improve safety which meant there were no further fatalities until Jules Bianchi died in 2015 from head injuries sustained at the 2014 Japanese Grand Prix -- a tragedy which led to the development of the distinctive "halo" cockpit head protection system.

Ferrari are the only manufacturer to have competed in every campaign and the Italian outfit have won a record 16 titles since the constructors' championship was first introduced in 1958 as the International Cup for Formula One Manufacturers.

The first winners were British team Vanwall and Europeans have dominated with a trio of British manufacturers Williams (9 titles), McLaren (8) and Lotus (7) claiming 24 constructors' crowns between them.

Next on the all-time list come Germany's Mercedes with five while Austria's Red Bull enjoyed four golden years with Vettel leading them to a clean sweep from 2010 to 2013.