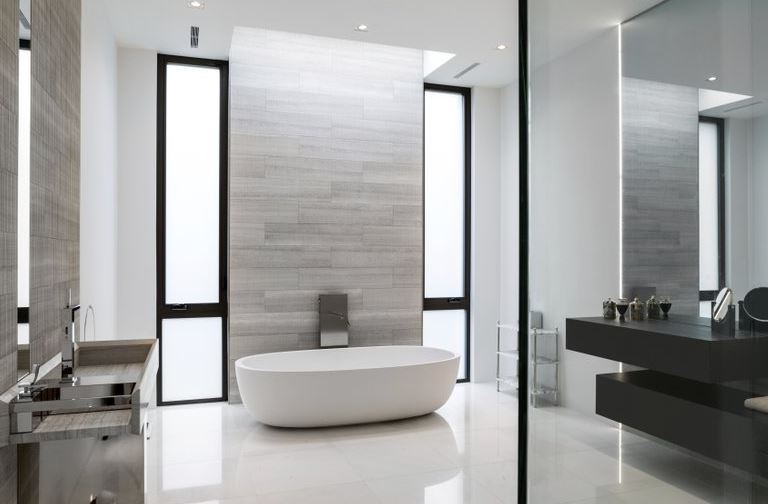 Just mundane parts of the daily routine, right? Yet for bathware designers, they’re anything but. These creative minds dive deep into what they call “the water delivery experience,” and once you’ve experimented with some of their creations, you’ll probably never take a tap for granted again.

For the bathroom sink, companies like THG, Axor and Drummonds are offering collections resembling fine jewelry, often at comparable prices.

And for the full-body cleanup, there’s shower hardware designed to elevate your senses.

Precise, perfectly smooth edges and detailed fine knurling make Axor ’s new Edge collection resemble the high-end perfume bottles that were part of the inspiration for Jean Marie Massoud, the collection’s Italian designer. It was unveiled at this spring’s massive ISH European kitchen and bath industry show in Frankfurt and will be available in North America in the fall.

“I’m interested in water’s energy and flow, how it’s both balanced and unbalanced at the same time,” says Massoud, who has designed for the German manufacturer before.

With the faucet design, he wanted something that looked effortless, refined and minimalist.

Axor has a stable of fashion-forward creatives who’ve designed faucet collections for them, including Philippe Starck, whose Organic faucet was inspired by the shape of a tree branch.

Kallista ’s Grid collection was inspired by the Dutch De Stijl art movement, which was characterized by vertical and horizontal lines; Piet Mondrian was one of its founders. The taps and faucets were created with 3-D technology as open-sided squares and rectangles, so the water seems to emerge from nowhere. They’re finished in buffed matte black, which gives them an architectural presence.

Black finishes are currently in demand for the bathroom, according to HansgroheUS’s product and research development director, Ryan Ramaker. “Matte black, graphite and brushed black chrome finishes are all strong trends,” he says.

And there’s another big one to watch, Ramaker says: “Matte white is going to be the next big thing.” He says interior designers and homeowners are attracted by its clean crispness and the idea that, as with matte black, the finish can be integrated into any decorating style for a seamless look.

That metallic and white combination can also be found on Eisen Home’s Marella faucet, available at Wayfair .

Wayfair’s also got Vigo’s Niko faucet delivers the water in waterfall form via an elegant, crane-like, white, open-topped spout. Maestro Bath’s Ikon perches a sliver of a handle atop a faceted geometric base, all clad in white.

Home décor’s affection for rose gold and copper has gravitated to the bathroom, as well, with retailers like Signature Hardware offering an array of faucets in pleasing buffed copper finishes.

The shower is also seeing its share of high style, in high-tech form.

Hansgrohe’s sizable PowderRain showerhead sends the water out in a soft, enveloping spray thanks to the five holes in each nozzle. The flow is angled so water doesn’t splash in all directions.

Moen’s U system lets you control your shower experience via an app to create presets for time and temperature, then use device buttons or your voice to command.

SmarTap is a similar system, which works with any make of fixture. You can program temperature and flow levels for each shower session, set bathtub filling levels, and set controls for kids’ showers.