Editor’s note: Ancient Ways is a series profiling the Chinese lifestyle and the people’s way of eating and drinking through literary texts, from the four great classical novels to ancient recipe books. 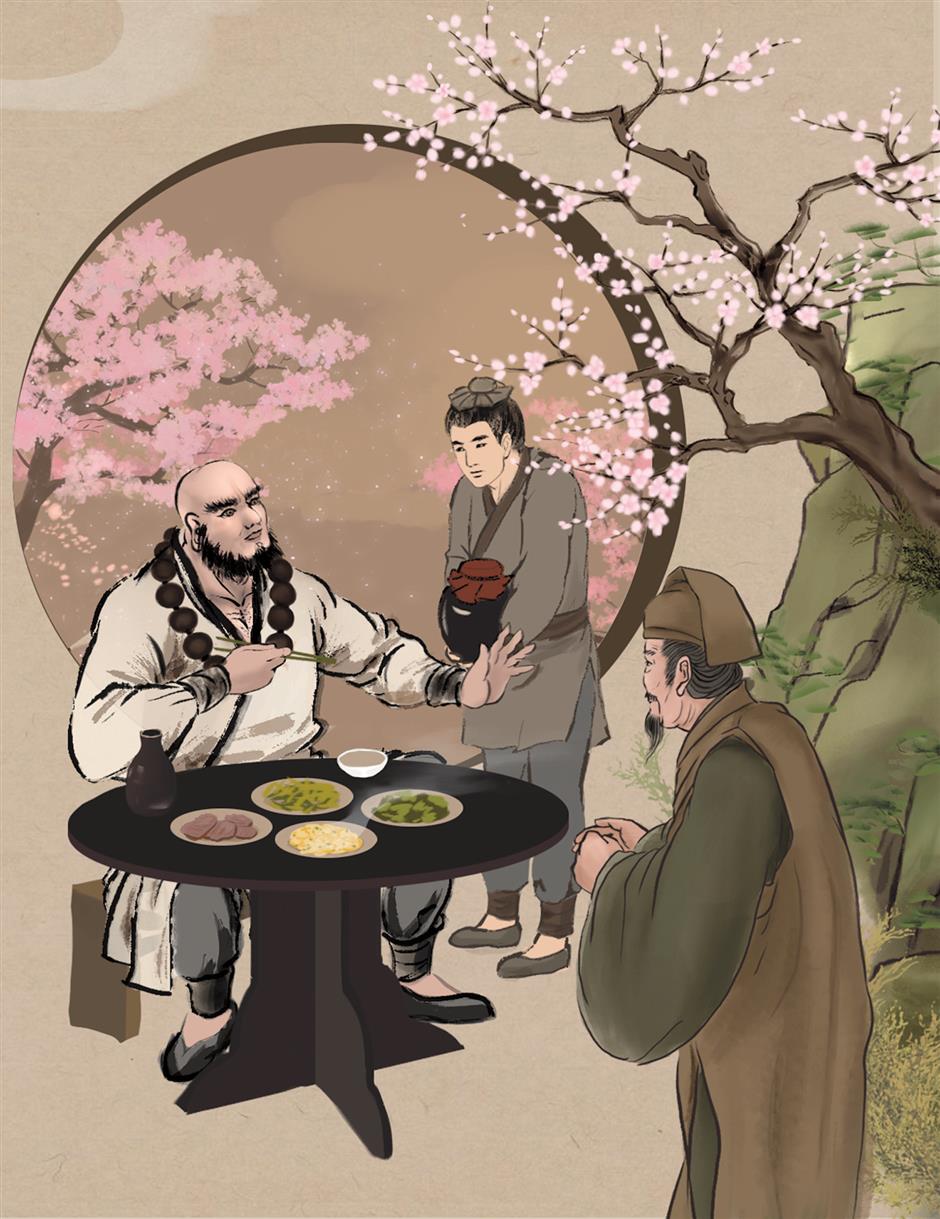 When the heroes from the “Water Margin” felt hungry during their expeditions, they looked no further than a plate of sliced cooked beef and a jug of wine, a proper meal for brave fighters.

Known as “Shuihu Zhuan,” “Water Margin” by Shi Nai’an (1296-1372) is considered one of the four great classical novels of Chinese literature, and the outlaws of Mount Liang (Liangshan Marsh) from the story are regarded as heroes because they fought against oppression. The novel is set in the Song Dynasty (AD 960-1279).

When looking at what the outlaws ate, beef appeared often, with the simple dish of cooked beef mentioned many times in the novel and seeming to be the top choice wherever they went.

In Chapter Four, when Grandpa Liu of the Peach Blossom Village (Taohuazhuang) received Lu Zhishen, he served a plate of sliced beef, three or four vegetable dishes and warm wine.

The characters also took beef as their meal on the go, as when Lin Chong sheltered from a snowstorm in the Mountain Spirit Temple, he wrapped up two orders of beef and placed them inside his shirt. 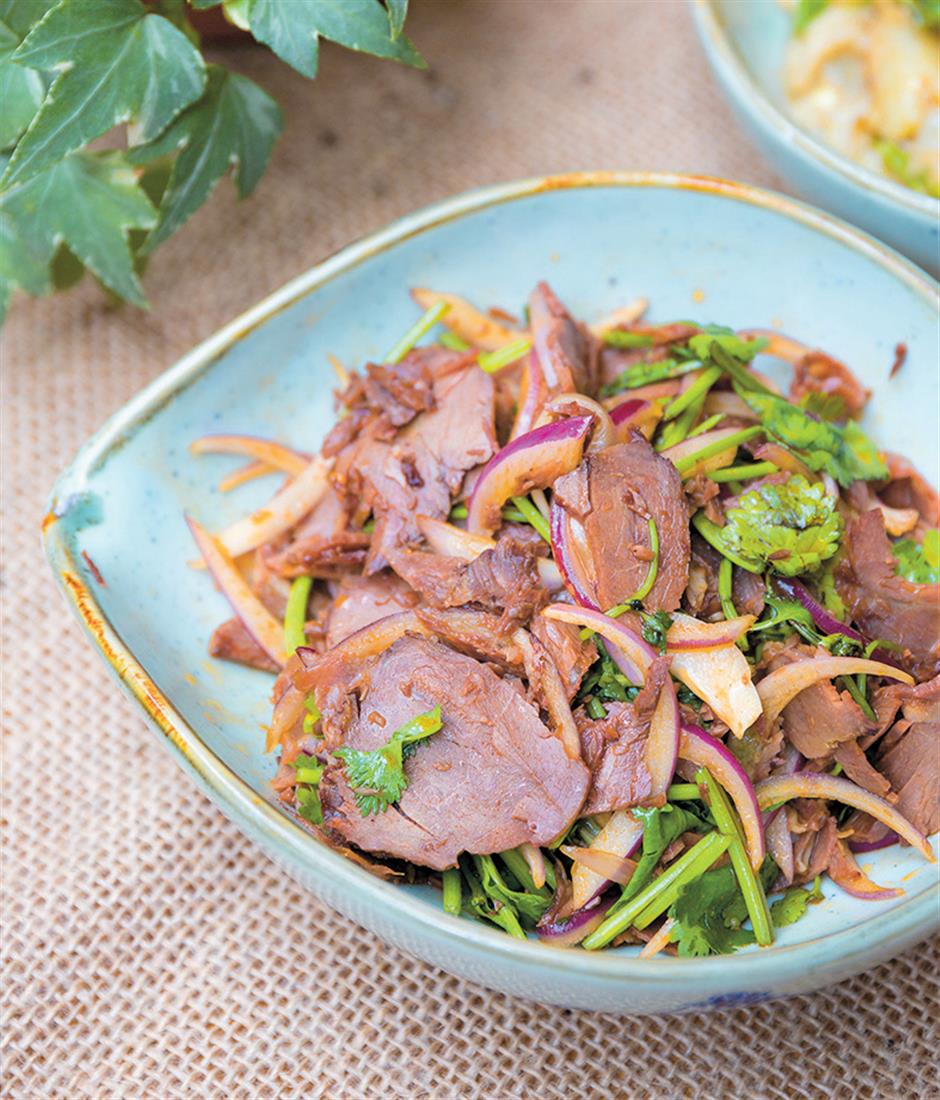 Interestingly, as the story was set in the Song Dynasty, eating beef was strictly forbidden at that time. It was a heavy crime to kill and eat farm cattle and those who did could receive the death penalty. Killing cattle not used in farming also merited punishment.

But the Song Dynasty wasn’t the only period when eating beef was punishable. Other dynasties had similar laws.

In the Qin Dynasty (221-206 BC), those who stole or killed farm cattle were to be beheaded, and those who ate beef could be punished.

In ancient times, beef wasn’t a food that everyone could enjoy. Then why did the outlaws favor beef over other meat and eat lots of it?

Some people believe that the beef eating scenes were a depiction of their rebellious spirit, as well as the reason that the outlaws often dined at gangster inns in remote mountain areas that were far from the law’s reach. 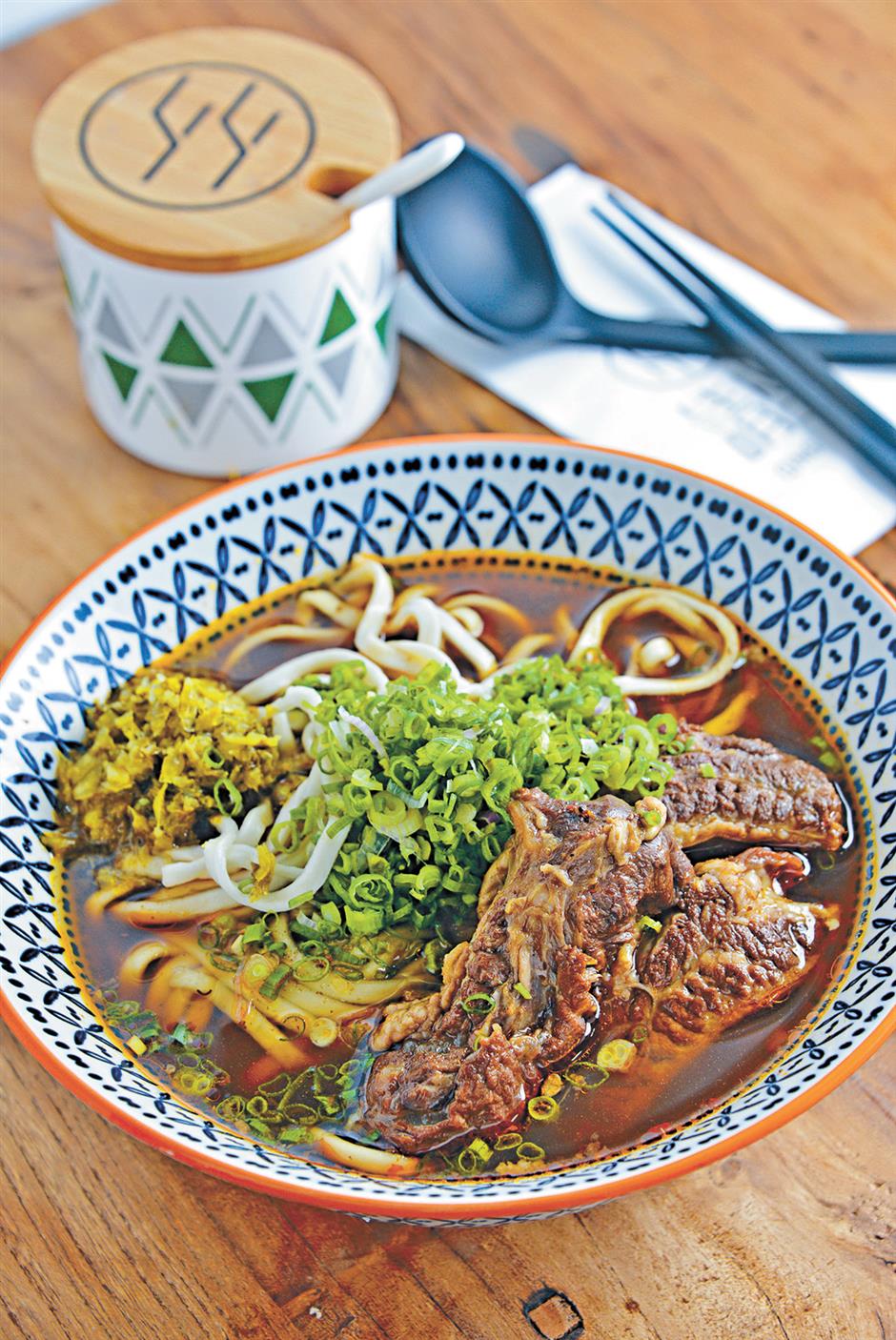 There’s no risk in eating beef in modern times. Beef is one of the most commonly consumed proteins worldwide. In China it’s more expensive than pork or poultry, and every single part of the animal is used to make delicious dishes and snacks.

If you wish to eat beef like the outlaws in “Water Margin,” then luniurou, beef braised in spices, is the correct dish.

This classic cold appetizer is best prepared with a whole cut of beef shank, the leg portion of the animal, which has an extra strong texture since the muscles are used constantly.

It’s tricky to cook tough and dry meat like beef shank as it gets very rubbery and hard to chew, so braising in a spiced stock for hours is a great way to break down those muscles while still maintaining the meat’s flavor and texture.

Although there are packaged spice bags for braising meat, mixing your own cocktail of spices can elevate the flavors. A typical recipe includes ginger, leek, peppercorns, cinnamon stick, star anise, aged tangerine peel, bay leaf, salt, white liquor, soy sauce and sugar. It’s best to put the spices, except the ginger and leek, in a teabag so there’s no trouble when removing them from the braised meat.

The stock is prepared by boiling everything in water and simmering for 15 minutes until the flavors come out. The large cuts of beef shank are first boiled in water with a few slices of ginger to remove the strong smell, then rinsed clean and braised in a wok with sugar, soy sauce and white liquor. The last step is to stew the meat in the stock for as long as needed. The beef is ready when you can easily insert a chopstick inside.

Beef shank is also a very lean and healthy protein that feels very filling. The braised beef can last a couple of days in the fridge.

You can make a quick salad with the braised beef shank by tossing the sliced meat with chopped cilantro, ginger, garlic, chili, light soy sauce and sugar. It’s a great companion to wine and beer.

Beef noodle is a staple that’s popular across China from Gansu Province to Taiwan, the flavors vary greatly, but what remains constant is the heavenly combination of rich beef soup, scrumptious meat and al dente noodles. 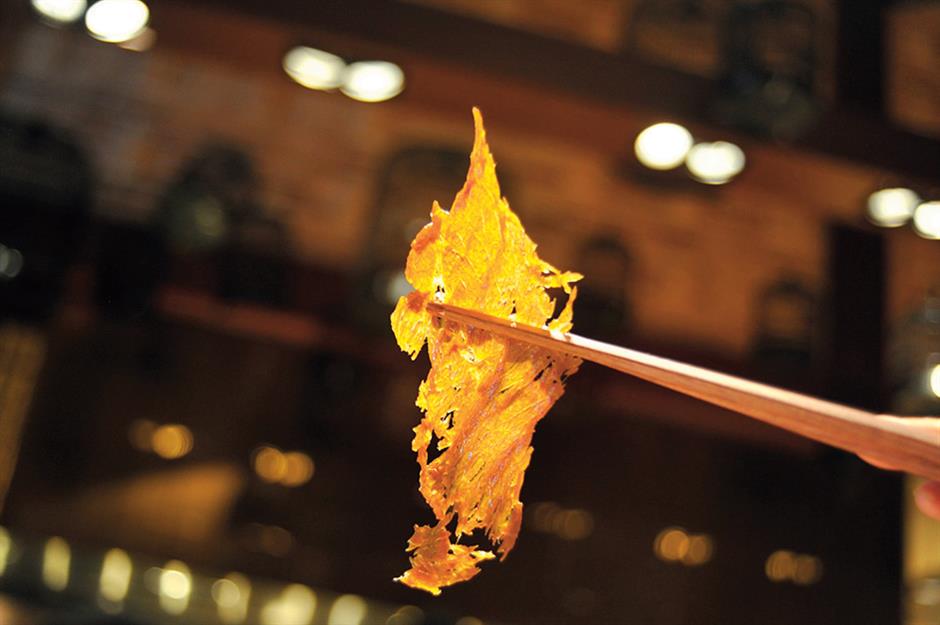 This is a true Chinese fast food, you can find a lot of Lanzhou beef noodle shops nationwide, though not every one of them abide by the five qualities. Some simplified versions omit several ingredients and focus mainly on the soup, beef and noodles.

In Taiwan, beef noodle is also a crowd favorite. They use mainly the yellow cattle meat, preferably the shank, rib and tendon. The original beef soup is very rich and dark-colored, and the chunks of beef are very satisfactory. The noodles are handmade and quite thick.

A very special beef dish from Sichuan cuisine is dengying beef jerky, a beef snack originating 100 years ago. It’s super thin and the light of a lamp can shine through a slice, hence the name dengying, which means “the shadow of a lamp.”

The jerky is heavily seasoned with Sichuan peppercorns and mixed spices. It’s very crispy compared to regular jerky and is made of buffalo meat, yellow cattle meat or yak meat.

Of course, if you are a fan of traditional beef jerky, the Mongolian style is worth a try as it preserves the original flavor of the meat.

Cover image: Beef shank is braised in a mix of spices for hours to achieve the ideal texture.