CULTURE Behind the Chinese museum fever

Behind the Chinese museum fever

An unusual craze for visiting museums has spread over China. According to statistics, the annual number of visitors to museums nationwide exceeded 1 billion by the end of 2018. Visiting museums is becoming an increasingly popular lifestyle.

At the same time, the number of museums in China has also witnessed an apparent growth since 2008. By the end of 2017, the total number of museums registered with the government reached 5,136, with an average of 180 new ones each year. 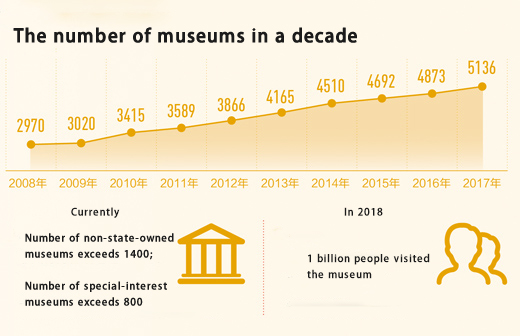 Though museums may be regarded as old-fashioned, the main force of this fever is the youth. They top different lists, including that of the number of visitors, buying cultural and creative products designed by the museum and the influence on the social platform. According to the survey, more than half of the visitors to the Palace Museum are people under 30.

The great popularity of some documentaries or variety shows that were not expected to be the hot topics, such as Master in Forbidden City, National Treasure and If Treasures Could Talk, also has a lot to do with the youth.

“Sometimes I am in a bad mood and get irritable easily, but the atmosphere of the museum can help me calm down”, said Chen Jinting, a junior student in Nanjing City. When he was in high school, he already compiled information of 65 museums in Nanjing and published it on Weibo for the convenience of visitors. As a fan of museums, he has been to the Nanjing Museum over 20 times.

Yao Xiyuan, a student with a ten-year addiction to museums, said that the domestic museums are becoming more diverse. In addition to those that store historical relics, there are many museums that feature the development of an industry. “I have visited some special museums, for example, Mines Museum, Food Museum, etc. China has a long history, which adds charm to the history of all sectors”, said Yao.

Zhang Yiwu, director of the Cultural Resources Research Center of Peking University and Professor in Chinese Language and Literature, said that the museum fever is connected to the improvement of social education and income levels. Young people's demand for high-grade aesthetic activities will be stronger, and the trend of combining high-quality culture with popular culture will be more obvious.

"Compared to foreign countries, most museums in China are free, which is really a big advantage”, Yao said. "It lowers the threshold; otherwise, the admission fee of 100 museums would be a huge expense for ordinary people.”

The free policy of the public museums and memorials was carried out in 2008, and the number of visitors has been on the rise since then. At present, nearly 90 per cent of museums in China are open to the public free of charge.

Meaningful and inexpensive, visiting museums is becoming a new impetus for travel.

Conscious of museums’ role in shaping the image of the city and attracting tourists, many provinces are keen on building and developing the museums.

Jiangxi Province plans to build 10 museums this year, including the new Jingdezhen Official Kiln Museum. “Only 6 out of Jiangxi’s more than 70 counties have no museums”, said a spokesman from the Jiangxi Provincial Department of Culture. “Our goal is that every county has one.”

After watching the variety show National Treasure, a friend of Yao Xiyuan became interested in a treasure collection in the Zhejiang Museum, a master-crafted lyre. When he arrived at the museum, he found that many other visitors were also motivated by the TV show. 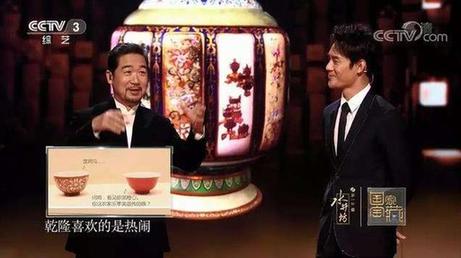 The museum’s embrace of new forms to publicize has changed the stereotype. People used to think that museums are high-end places for the educated ones. But after knowing the stories behind the museums from TV or social media, people feel that museums are interesting and the exhibits are no longer far away from them.

The Palace Museum is the pioneer in innovation and service consciousness.

Last year, the Palace Museum Cultural and Creative Store released a lipstick line in six colors, with each shade inspired by ancient Chinese porcelain and jewelry and many other makeup items, which proved a hit among young people. 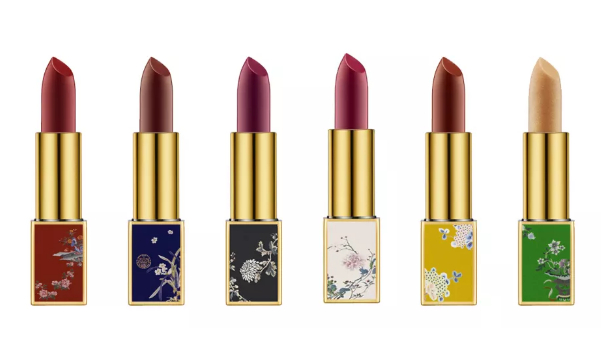 This year, the Palace Museum extended its opening hours at night for the first time for two consecutive nights in celebration of the Lantern Festival, and tickets sold out within minutes after the booking system opened. Innovative promotional tactics have brought the old palace complex new vitality.

“The demand for high-quality culture has always been there, but we ignored the law of communication in the past,” Zhang said.