BEIJING, May 9 (Xinhua) -- The official mascot for China's first-ever Winter Olympics will be unveiled in the second half of 2019, according to officials of the 2022 Beijing Organizing Committee of Winter Olympic Games (BOCWOG) here on Thursday. 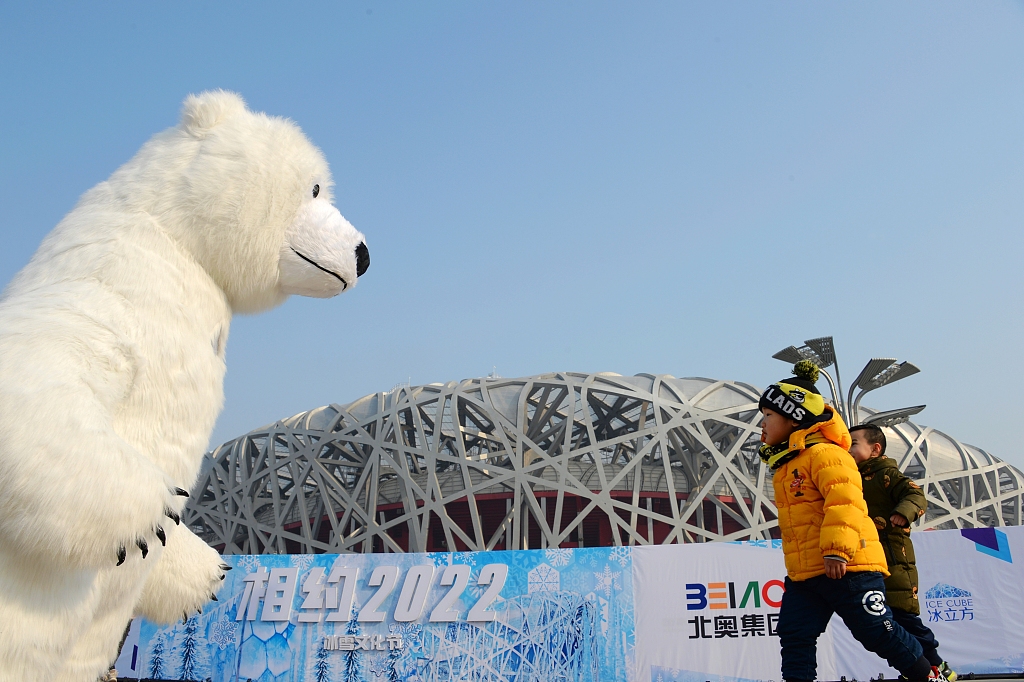 A giant polar bear toy is deployed for an ice and snow festival near the National Stadium, also known as “Bird’s Nest”, in Beijing, March, 2019. (File photo: VCG)

In August 2018, the organizers launched a worldwide competition to design the mascots for the 2022 Winter Olympic and Paralympic Games. A total of 5,816 designs were submitted for further review, and 10 were shortlisted in January, 2019.

"We will finalize the mascot design, and the mascot will be unveiled in the second half of this year after brand registration and IP protection work," said Xu Zhijun, BOCWOG Deputy Secretary.

Xu told Xinhua that the preparation work is so far going smoothly in terms of many aspects such as infrastructure construction projects.

Thursday marks the 1,000th day countdown to the 2022 Beijing Winter Olympic Games, the first city to host both the Summer and Winter Olympics.

All venues are under construction or transformation according to original plan. For example, the National Alpine Skiing Center in Yanqing is set to be ready for test events by October this year.

The high-speed railway linking Beijing and Zhangjiakou, the co-host city of the Beijing 2022, will be operating this year, and the expressway between Beijing's Yanqing and Zhangjiakou's Chongli, the two competition zones of the Olympics, will also be set up this year.

Fifteen test events for the Olympics and five for the Paralympics, entitled "Experience Beijing", will be arranged from February 2020 to the first half of 2021.

The first test event is the FIS Alpine Skiing World Cup on February 15-16, 2020, in Yanqing District of Beijing, setting a benchmark for the following test events.

"We are working under the timetable to make sure the first test event a success," Xu Zhijun said.

The organizing committee has signed contracts with eight official partners and four official sponsors. The sales of franchising products have been popular both online and offline.

Besides preparation work, Beijing 2022 revealed its legacy plan for the Olympic and Paralympic Winter Games, which aims to keep the venues and facilities beneficial to the hosting cities even after the Games.

"For example, the venues and Olympic village in Zhangjiakou will turn into Olympic park as permanent legacy, and hopefully become a world-renowned ski resort," said He Jianghai, also BOCWOG Deputy Secretary.

Also, the preparation work for opening and closing ceremonies are well underway.