The Beijing 2022 Olympic pin culture week was launched at a franchised retail store and a pin trading center for the Games was set up here on Saturday. 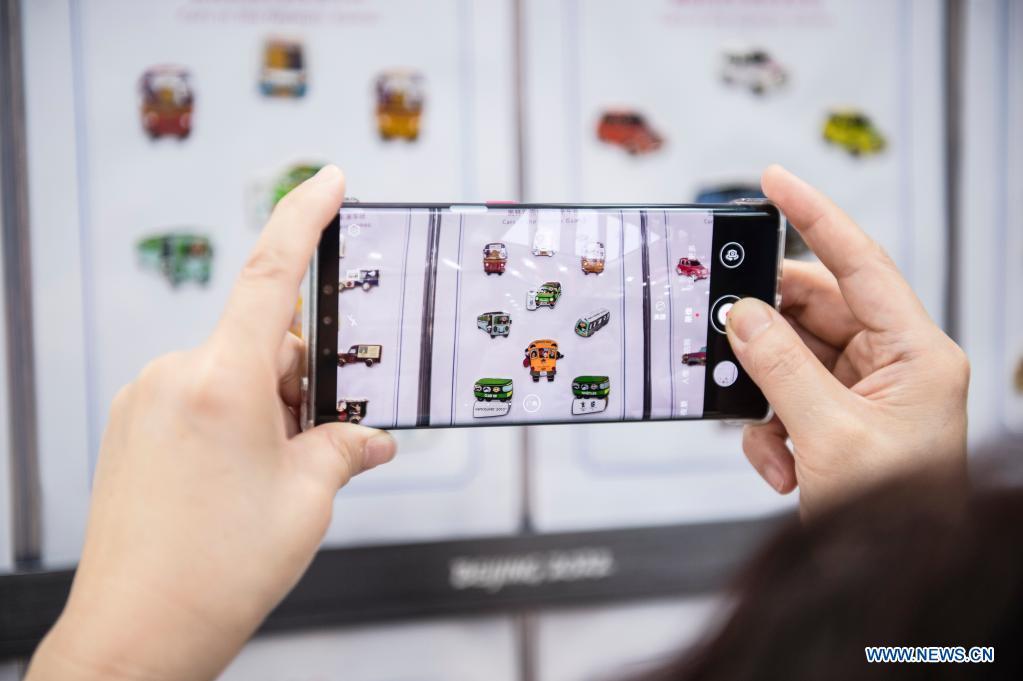 A visitor takes picture of pins on the Olympic Pin Exhibition in the Arts and Crafts Mansion in the Wangfujing Street of Beijing, July 17, 2021. The Pin Exchange Center of Beijing 2022 opened on Saturday. [Photo/Xinhua]

The center will organize Olympic pin exchange activities every Saturday prior to Beijing 2022 and every day during the Games.

662 badges have been made public in franchised products for Beijing Winter Olympic Games, including 342 unlimited and 320 limited editions.

According to Piao Xuedong, head of the marketing development department of the Beijing Organizing Committee for the Olympic Winter Games, the Beijing 2022 Olympic pin culture week aims to promote the Olympic spirit and showcase people's enthusiasm in participating in and supporting the Winter Olympic Games.

"Among all of the official Olympic pin trading centers, this one is established at the earliest stage with the longest duration," said Piao.