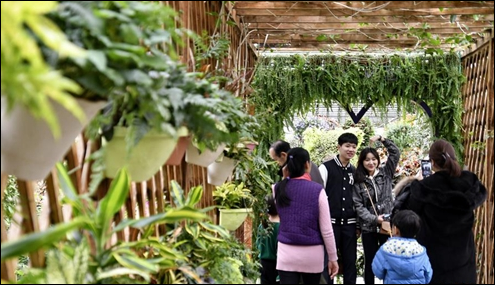 Beijing added a further 17,200 hectares of forests and greenbelts in 2019 as part of the latest round of its afforestation campaign, according to the city gardening and greening bureau.

A previous greening campaign from 2012 to 2015, which saw more than 54 million trees planted, brought the city's forest coverage rate to 41 percent from 37.6 percent.

Yang Hao, deputy director of the environmental protection and restoration department of the bureau, said this year's greening work mainly focused on important venues such as the Beijing International Horticultural Exhibition and the city's new Daxing International Airport.

"Next year, we will put more efforts into afforestation projects in key areas such as the Beijing-Zhangjiakou high-speed railway, the city's sub-center and the Yongding River to further expand Beijing's green space," said Yang.