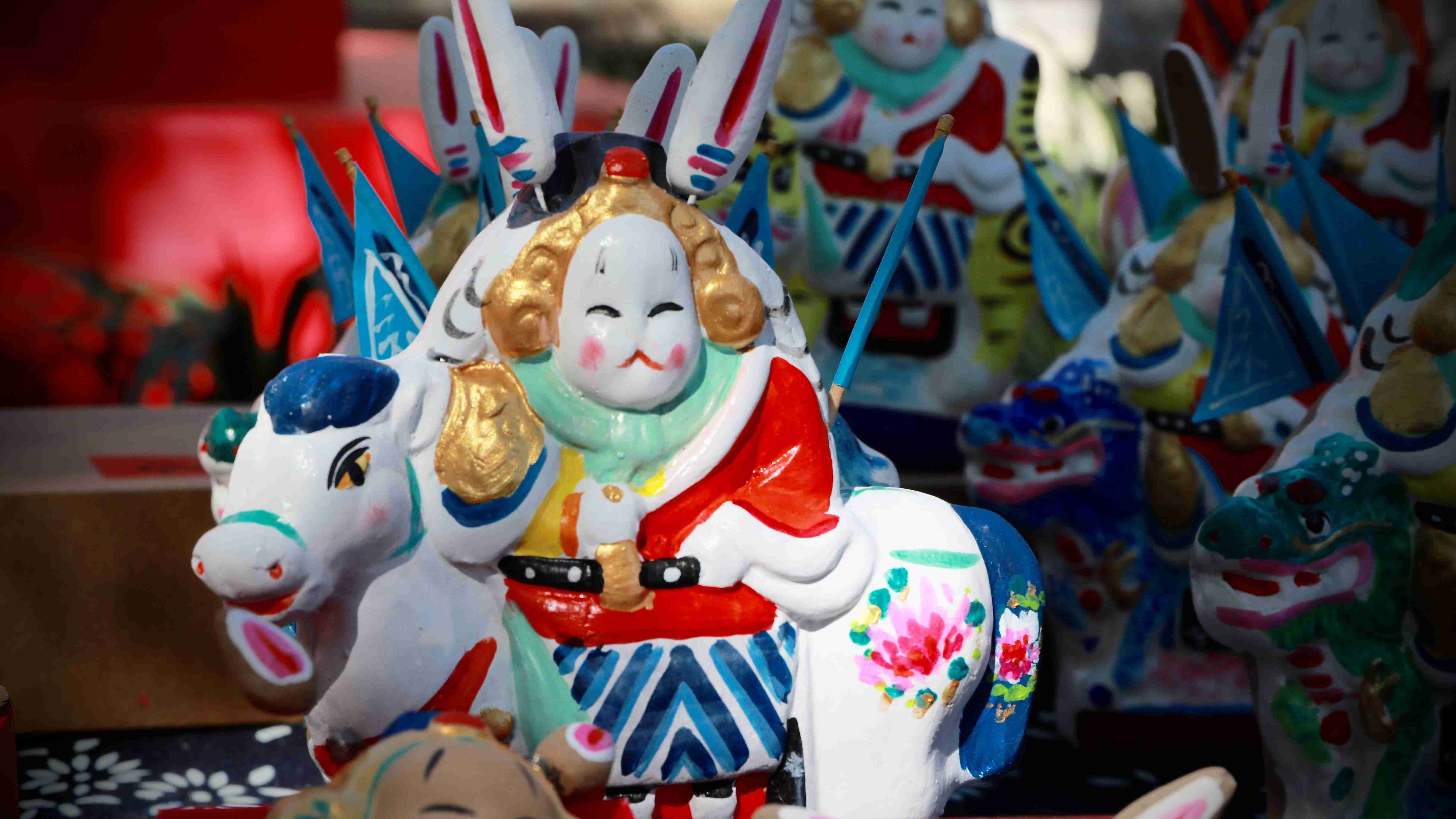 China's Mid-Autumn Festival, or the Chinese Moon Festival, falls on Monday, but the three-day national holiday accompanying it started on Saturday. (Photos: CGTN) 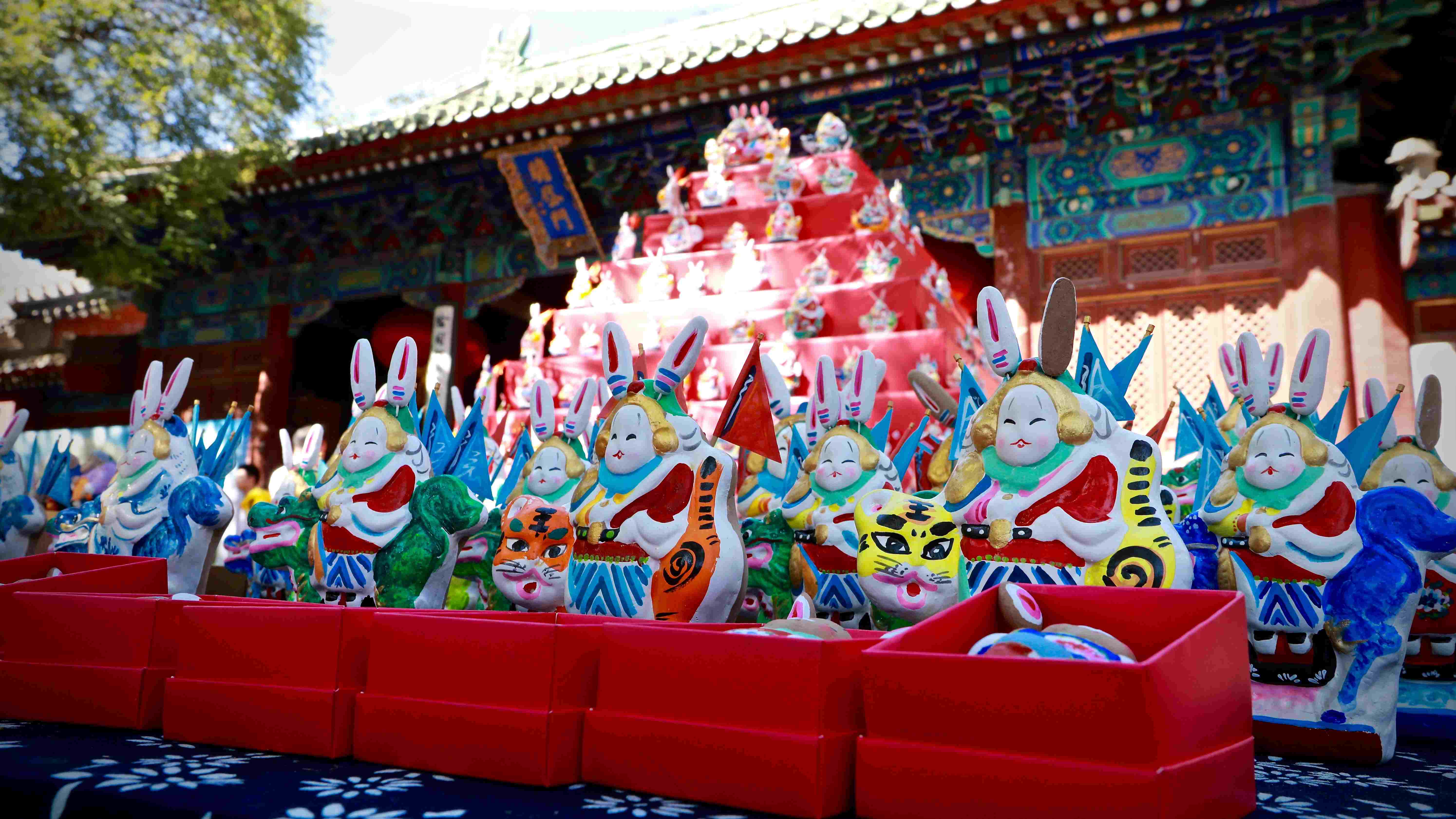 This sculpture is called Tu'er Ye, also known as the Rabbit God. It is a unique deity only in Beijing's folk religion, representing good luck. 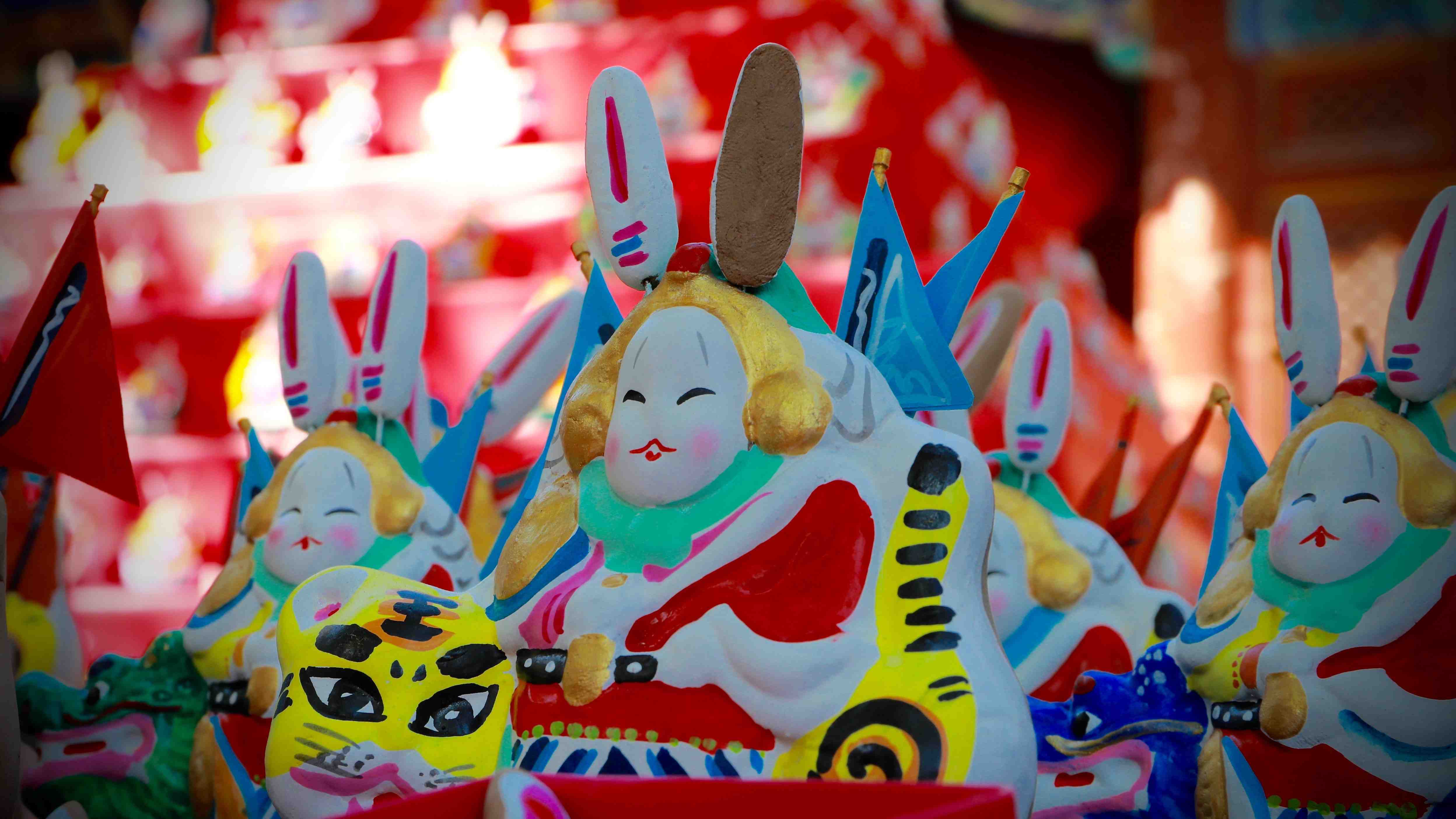 It was originally a deity worshipped during the Moon Festival but now it has also become a must-have doll gift for children at festival time. 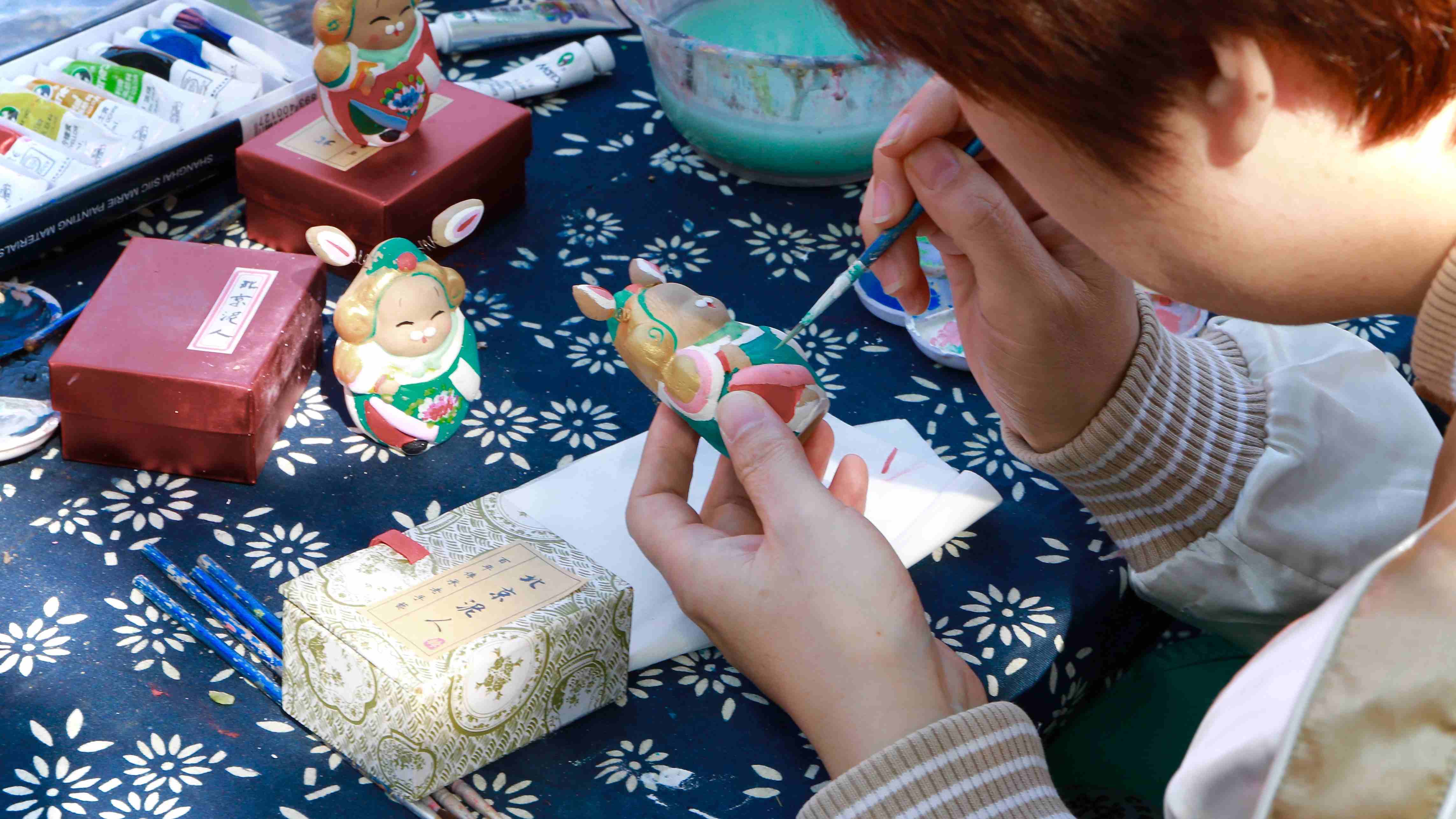 The Rabbit God DIY painting stall is the busiest spot in the show. The visitor is painting a rabbit god.

Lantern riddles is another game people welcome during the Mid-Autumn Festival. 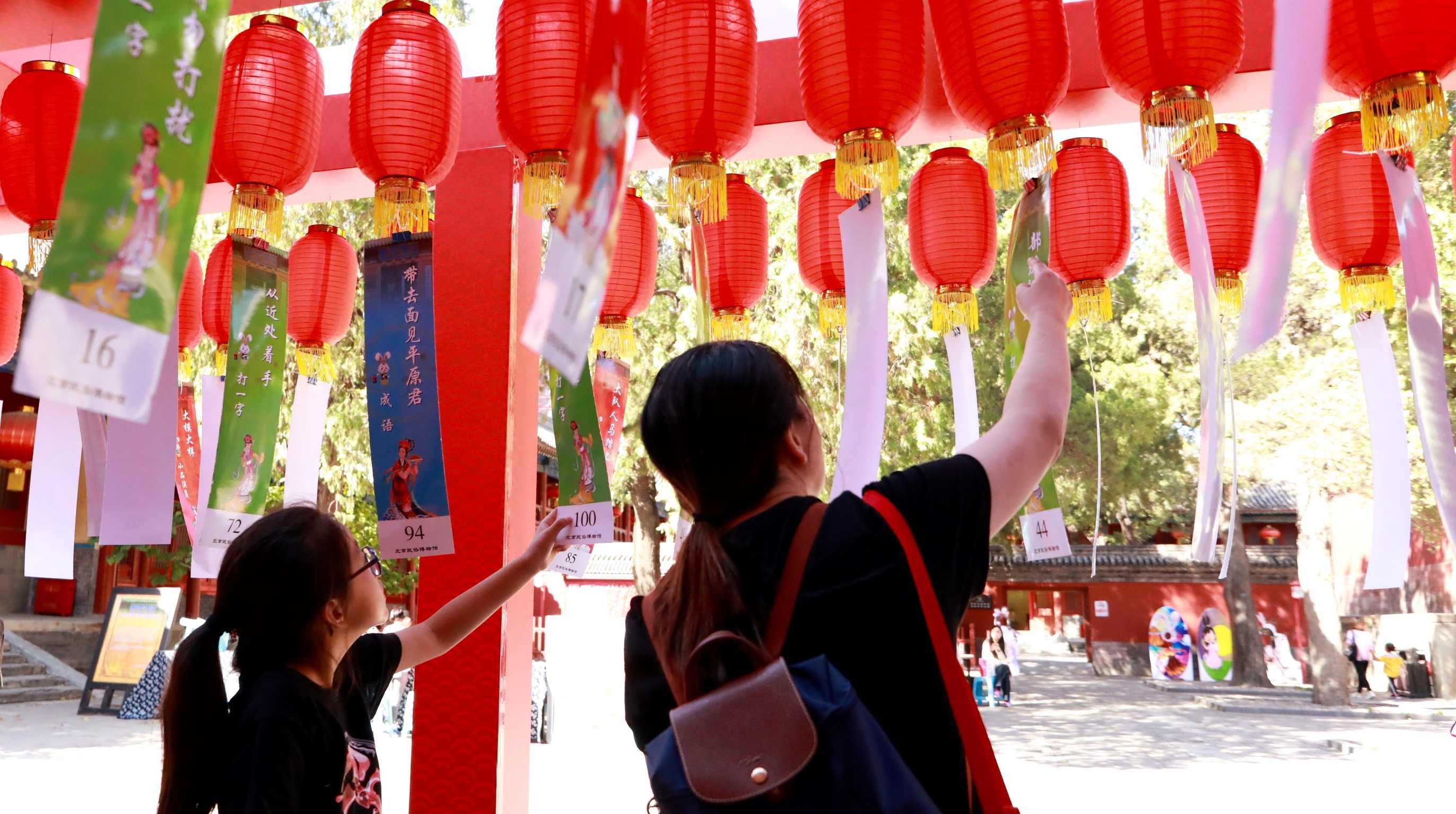 Those who can give three correct answers may be given a memorial gift.

An elderly man is voluntarily teaching children to make a small paper lantern by hand. 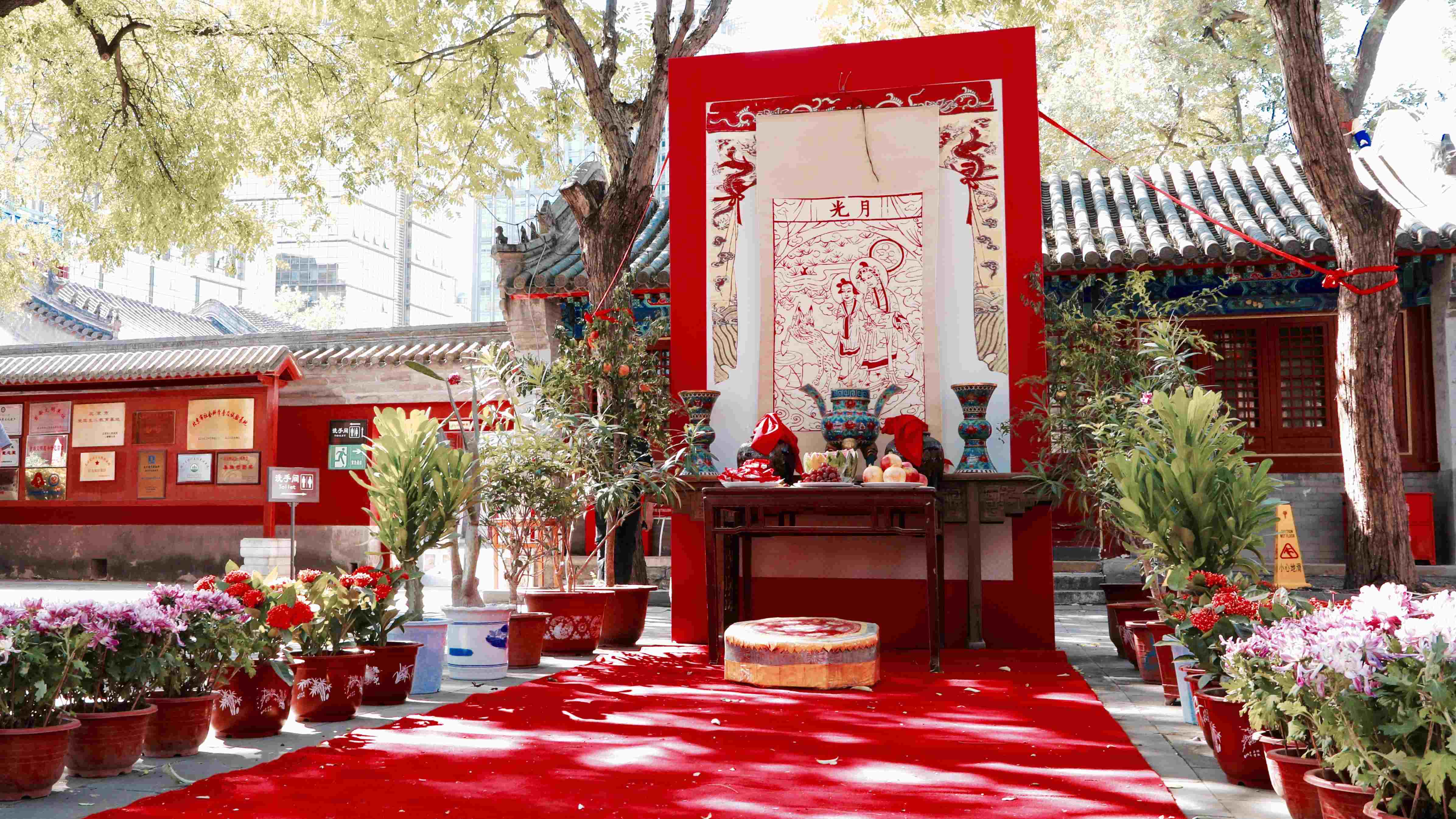 The Moon Festival is a day celebrating harvest and is associated with the full moon which people held ceremonies to welcome in ancient times. The museum replicated the scene where ancient people set up an altar under a tree, putting harvested foods on the table.