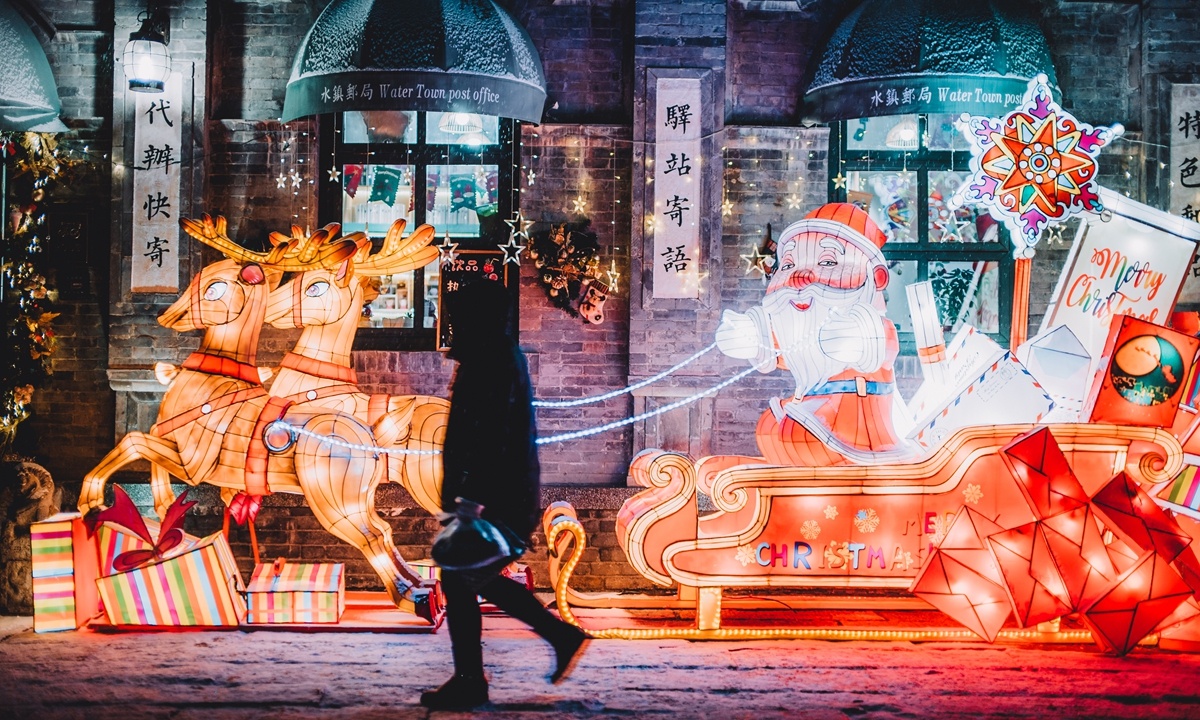 Churches in downtown Beijing suspended festive events on Christmas Eve after a new asymptomatic COVID-19 case was reported in the Chinese capital on Thursday.

Xishiku Catholic Church in Xicheng district announced its temporary closure and suspended masses, according to an emergency notice the church issued on Thursday.

Health authorities in Beijing warned of the epidemic risks in Beijing at a press conference on Thursday, and encouraged people not to travel around or leave the city at this critical moment.

"The pressure on anti-epidemic control in Beijing is rising. The city is facing a great test," Xu Hejian, an official from Beijing Municipal government said Thursday.

Those who have had a nucleic acid test must wait for the test result before traveling.

The two new cases in the Chinese capital rattled and discouraged Beijingers, some of whom are planning to travel out of the city during Christmas and the New Year holiday.

"I may consider staying at home on New Year's Day. Beijing is not like other cities in China. The flows of people are huge in public venues, not to mention on public transportation like the subway," a Beijing resident surnamed Meng told the Global Times.

Many residents decided to call off their Christmas activities due to the resurgence of the virus in Beijing, and some others worry they may face a 14-day quarantine if they travel to other cities during the New Year holiday, the Global Times learned.

Civil servants and people working in state-owned companies should take the lead in staying in Beijing during the upcoming New Year and Spring Festival holidays, Beijing Party chief Cai Qi said at a meeting on Wednesday.

According to health authorities on Thursday, the patient from Xicheng district is a restaurant employee and his work relates to cold-chain products. The patient had been to Tianjin on December 6 before testing positive on Wednesday.

Xicheng will test everyone working at restaurants and the cold-chain industry. They will be tested once a week.

The other reported asymptomatic patient this week lives in the northern Shunyi district and works in the northwest district of Haidian in Beijing. His travel history in the past 14 days showed he had visited many shopping malls, restaurants and amusement parks. He had also ridden the subway extensively.

The man from Shunyi district had flown to Ningbo, East China's Zhejiang Province before his nucleic acid test result came out. He was not under medical observation in Ningbo.

Prior to the two new cases, two case connected to a hotel and a dumpling restaurant in the Dashanzi area of Beijing's Chaoyang district were found last week. The specific area was raised to medium risk.

Churches in Chaoyang had already canceled Christmas gatherings. An international Christian church in Chaoyang district announced on Tuesday it would move to an online service.

Beijing health authorities have tracked and traced contacts of all the recent cases identified in Beijing, and tested close contacts. So far, all test results are negative.