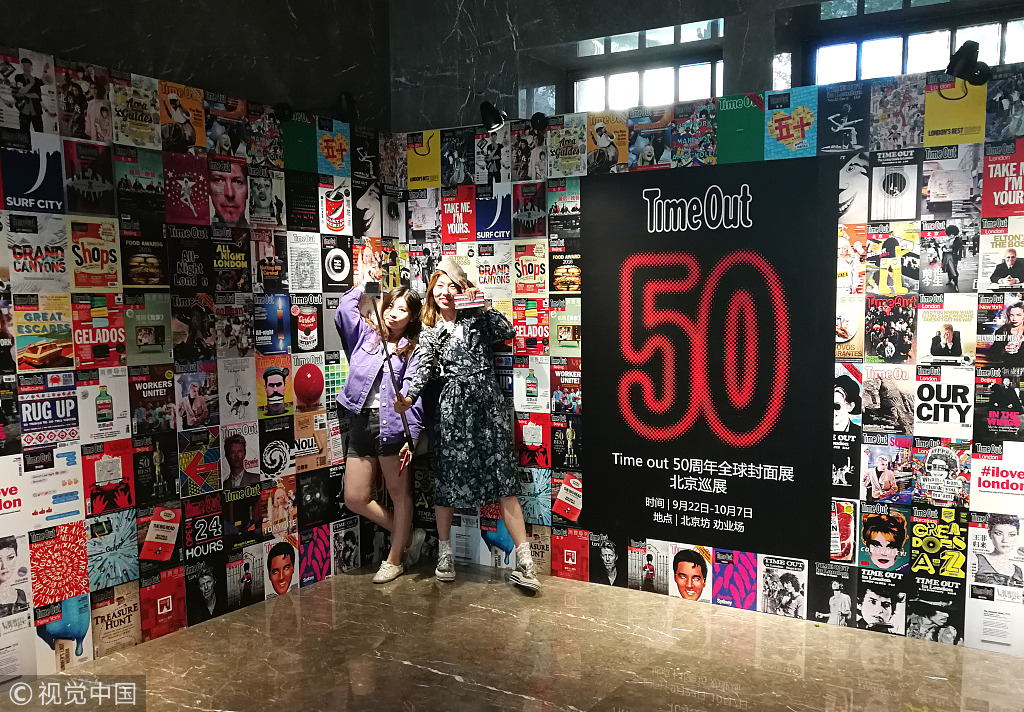 Beijing Design week 2018, which provided a platform of exchange for more than 10,000 designers and institutions from over 30 countries, drew its curtains on Oct. 7.

Featuring more than a thousand themed activities in its 49 sub-venues in Beijing, Tianjin and Hebei province, the event highlighted design exhibitions, guest city exhibitions as well as the design tours, attracting over 8 million visitors and hundreds of millions more who participated in the event through networked exhibitions and online streaming.

Nine years since the first design week was held, the event has evolved from a combination of comprehensive cultural activities into a platform for promoting industrial integration and has contributed to Beijing's ongoing restructuring efforts.

Brand new changes can now be seen in places such as the White Pagoda Temple, Dashilar, Fayuan Temple, Qinglong Hutong and Chaoyangmen.

In Xizhuan Hutong near the Fayuan Temple, a number of courtyards are being rebuilt. Professional designers invited by the government are renovating old houses into shared spaces for the community. In No.12 Dashilar Hutong, teachers and students from Beijing Forestry University designed a "Chinese Rose Plan" to modify street lanes into gardens. With the joint efforts of designers from Beijing and Copenhagen, the main street of Qinglong Hutong has also been changed and more public spaces were created.

This year's design week especially highlighted the inheritance and innovative development of traditional culture. At a closed meeting jointly hosted by the organizing committee and the International Design Federation (IDF), representatives and experts from 22 cities, which have been awarded the "City of Design" title by the UNESCO or have organized global design events, agreed that it is necessary to boost the interactions between tradition and creative designs in order to further explore the diversity of traditional culture.

During last year's Beijing Design Week, the organizing committee started a public collection of logo design featuring the "24 solar terms," referring to the system that comprises 12 major solar terms and 12 minor solar terms interlaced with each other.

Award winners Wang Chenchen and Liu Yihan from the China Academy of Art have designed a series of cakes based on each solar term from seasonal raw food materials. Inspired by "Qingtuan," a traditional Chinese snack made from glutinous rice mixed with wormwood juice and usually sold during the Qingming Festival, the two winners are now trying to promote their cakes by further popularizing the "24 solar terms" with the public.

This year's Beijing Design week also held parallel sessions in Nankai district of Tianjin, as well as Chengde and Zhangjiakou in Hebei province. The scope of cooperation was also expanded, with new partners now including the cities of Zhuhai, Suzhou and Qingdao. The cooperation is expected to bring good quality resources and high-end projects from the design week to cities with a good foundation in culture and creative design, and to form a collaboration in the design industries of Beijing and other cities.