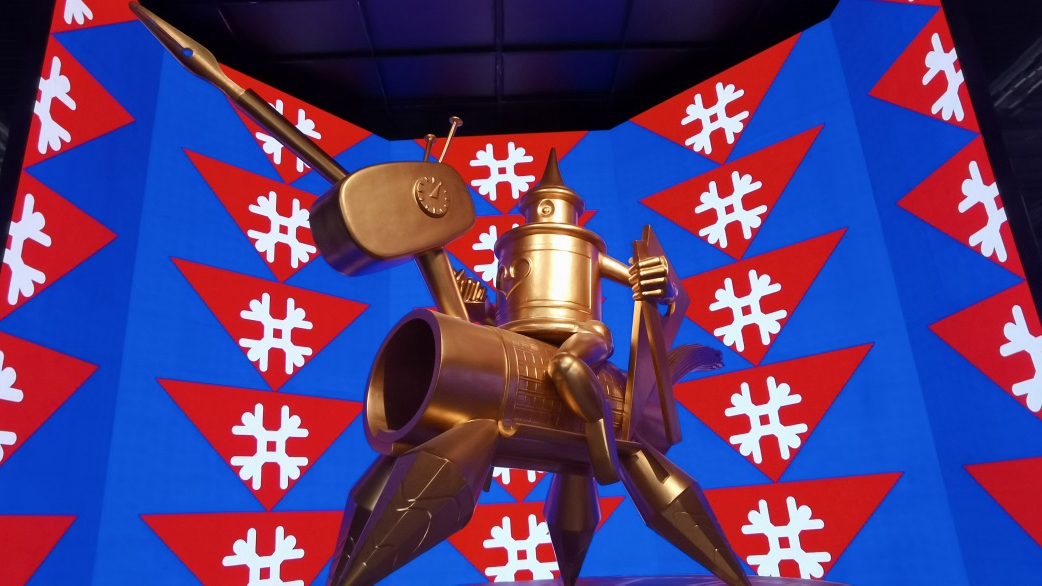 An exhibit at the exhibition "For the Future" remembering Chinese illustrator Zhang Guangyu in Beijing. (Photo: CGTN)

Zhang Guangyu, one of the most prominent figures in China's cartoon industry, was a pioneer in Chinese commercial art. An exhibition in Beijing is paying tribute to his legacy more than five decades after his death.

The animation "Monkey King Wreaks Havoc in Heaven" caused a sensation in China in the 1960s. As its art director and designer, Zhang made a name for himself in the cartoon industry. The film is also a big draw at the exhibition. As the country's first feature-length color animated film, it has been carved into the memory of a generation. 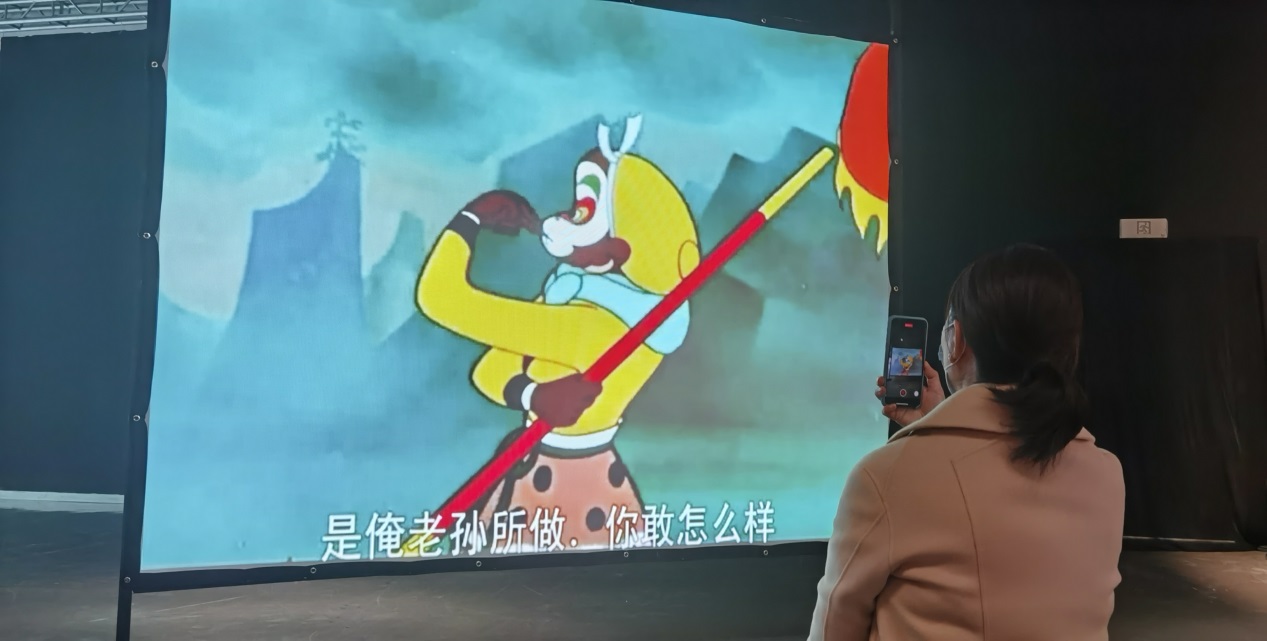 The Chinese animated film "Monkey King Wreaks Havoc in Heaven" is played at the exhibition "For the Future" in Beijing. (Photo: CGTN)

"I watched this film when I was a kid. I was amazed by its colors and scenes," visitor Yezi said. "It's so great that we have the opportunity today to see the lines and drafts from that time. I got a new understanding of my childhood memories."

The story is an adaptation of the earlier episodes of the 16th-century Chinese novel "Journey to the West". The main character, Monkey King, fights the armies of both gods and demons to find his place in heaven. Even today's young generation who have access to a lot of modern animated films find it quite interesting.

"This is my first time watching this cartoon. Compared with other animated films today, it doesn't have much dialogue, but even so, the content is still very interesting and fun," 12-year-old Xiang Qingxiang told CGTN.

More than half of the over 500 pieces on display are original works by Zhang created between 1918 and 1963. Comics and illustrations are considered an important part of his portfolio.

According to curator Wu Hongliang, Chinese comics have a long history, but their mass publication didn't start until the 20th century.

"The development of Shanghai's publishing industry led to an unprecedented growth of animation art in China and a large number of cartoonists and illustrators emerged. Zhang Guangyu is one of them," said Wu.

A visitor is seen at the exhibition "For the Future" in Beijing. (Photo: CGTN)

Zhang is also famous for his household designs. The furniture and lamps displayed at the exhibition have been warmly received by visitors.

"The biggest characteristic of Zhang's design in household items is the blending of Chinese style and Western ideas," said Wu.

"On the one hand, they meet the needs of modern home design, and on the other, their colors and shapes demonstrate traditional Chinese elements, such as lacquer. These designs still look stylish even today," he added.

The exhibition, titled "For the Future," will run through March 14 at the Guardian Art Center in Beijing.