The upcoming 12th Beijing International Film Festival (BJIFF) has received 1,450 domestic and foreign films to compete for its Tiantan Award, an increase of 63% over last year, organizers said at a press conference held on July 28. 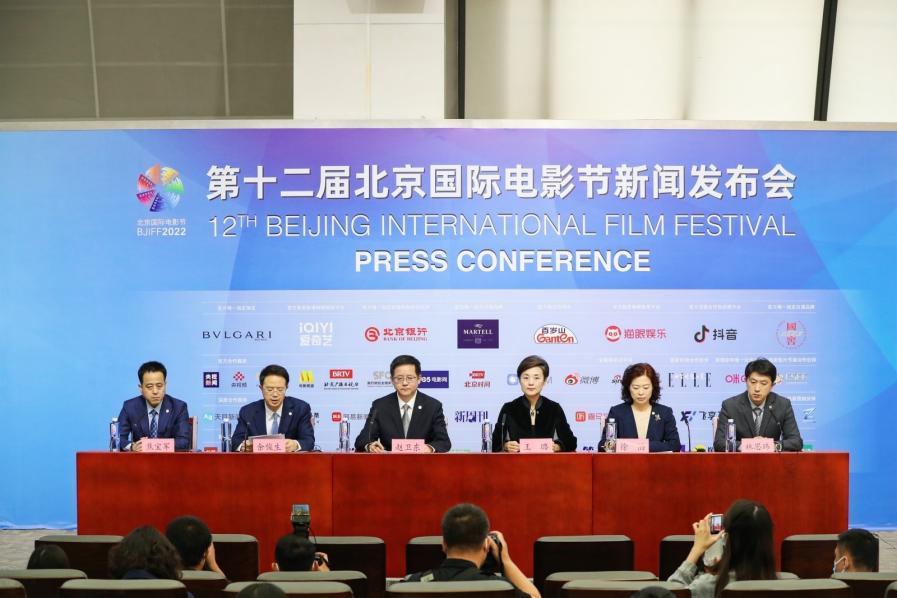 The abundant entries are rich in genres and themes from across the globe, including 1,193 foreign films from 88 countries and regions. After selection, 16 films were finally shortlisted for the award race.

The organizers announced at the press conference that this edition of BJIFF is themed "United We Advanced." The film festival will have nine major sections, including the Tiantan Award, the opening ceremony and red carpet, "Beijing Film Panorama" screenings of various noted films, themed forums where film executives will discuss and share insights, the Beijing Film Market, where film companies will sign deals, the Film Carnival where people can enjoy film cultural activities, the Beijing College Student Film Festival, the closing & awards ceremony, and "Film+," which highlight crossover innovation elements in film to facilitate more film engagement between various industries and personnel. Furthermore, the festival will once again work with iQIYI streaming platform to hold a two-week "Online BJIFF" event to stream more than 100 films online.

Online BJIFF Market will debut in Baidu's "Xirang" Metaverse Space to build the world's first "metaverse film palace," according to the festival's official website. In addition, the Project Pitches Section has drawn wide attention and registered a record number of participants. After three rounds, 853 films have so far made their way to jury members, including Derek Yee, Zhang Yuqi, Liang Lin, and Zhu Weijie. In the BJIFF TALENTS category, more than 300 young directors have signed up to create five sci-fi shorts under the theme of "Beijing · Future."

There will be more than 100 classic films screened in local theaters during the much-anticipated Beijing Film Panorama section from Aug. 12-21. The highlights include several films by Theodoros Angelopoulos, considered a Greek master, and the highly acclaimed new Japanese animated feature "Inu-Oh" (2022). The selection also boasts the latest digitally restored versions of such classic works as François Truffaut's "Antoine Doinel" franchise, Martin Scorsese's "The Last Waltz," and Kinuyo Tanaka's "The Moon Has Risen." There will be a Hong Kong films special screening as well as a "Beach Screening" event that will be held at the Azure Coast in Qinhuangdao, Hebei province.

This year also marks the 25th anniversary of Hong Kong's return to the motherland. At the opening ceremony, the BJIFF and the Hong Kong International Film Festival (HKIFF) will announce a cooperation agreement to provide more training and exchange opportunities for young filmmakers from both cities.

Nearly 100 groups of guests and celebrities will appear on the red carpet and at the opening ceremony near the scenery Yanqi Lake, the organizers noted, while workshops and masterclasses by jury members Li Xuejian and Malcolm Clarke will also be held.