BEIJING, Aug. 27 (Xinhua) -- Audiences' passion for cinema has been reignited during the ongoing 10th Beijing International Film Festival as cinemas had been shut down for months giving way to the rise of surging streaming platforms. 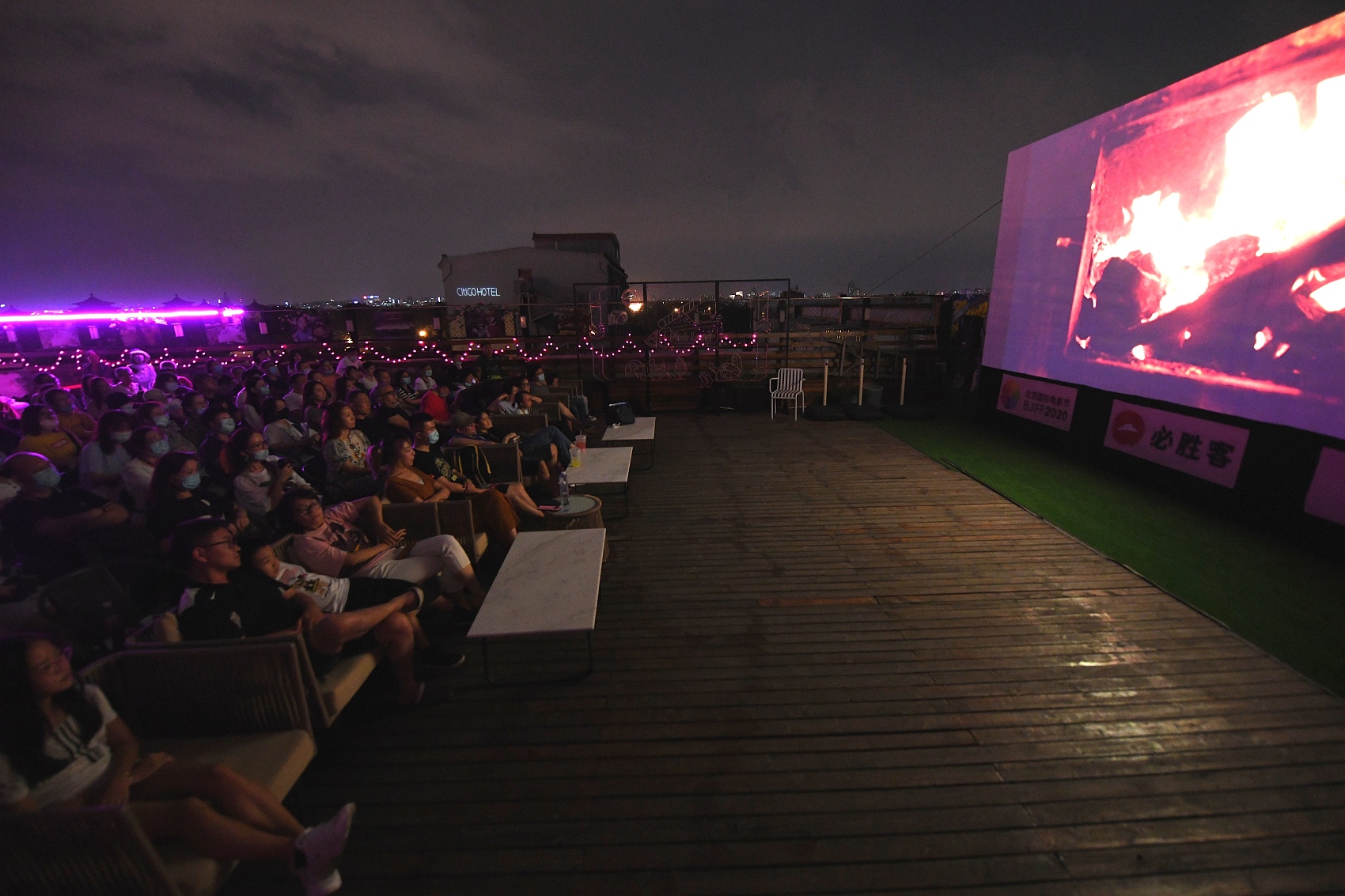 China allowed cinemas in low-risk areas to resume operation starting from July 20, following an improvement in the country's epidemic situation, while cinemas in Beijing resumed operation on July 24.

The festival, which kicked off on Saturday, will last till Aug. 29. Several insiders have shared their views about the new technologies and trends on the distribution and screening of Chinese movies in the post-epidemic era.

The crime thriller movie "Late Shift," directed by Tobias Weber and starring Joe Sowerbutts and Haruka Abe, has been screened during the festival.

The audience can use the mobile app "CtrlMovie" to decide the development of the plot, and the movie will follow the choices of the majority.

The interactive movie pays more attention to the audience's interaction with the movie, enabling them to become "part of the movie," said Ronan Wong, CEO of KINO China, a company specializing in cinema technology development.

Wong said the history of the film industry proves that the industry has always been driven by new technologies to break through obstacles, thus bringing better content and social experience to the audience.

"'Late Shift' is the first interactive movie screened to the public on the Chinese mainland. Many viewers are still unfamiliar with such a movie mode, and we will present more interactive movies co-produced with companies including Fox and Steven Spielberg's production company," said Wong.

Chinese director Chen Sicheng said during a sideline symposium of the festival that the audience is more willing to watch two types of movies in the cinema -- movies reflecting social issues and those that can bring audiences strong audio and visual experience.

"Producers should also think about how to get rid of the dependence of films on ticketing revenue," Chen said. "We need to create more high-quality content that helps the movie industry integrate with other derivative industries."

"After we watch a movie in a cinema, we can play a mobile game and take a ride in an amusement park based on the same IP with the movie, which means selling movie tickets is not the only way to make a profit," Chen said.

"We are also transforming traditional cinema to a venue with leisure and entertainment functions, integrating cafe, gym and library together to meet the consumers' need for more varieties of consumption," said Lu Han, board director of the Zhonghuan Yueying cinema managing company based in southwest China's Sichuan Province.

The box office revenue accounts for about 80 percent of the total revenue of cinemas in China, several managers from China's major cinema chains said.

Lu said more cinemas will innovate their businesses besides selling tickets and enrich their the audiences' cultural experience.

"The picture of a movie will become more delicate in its texture with the 4K technology, smoother and more vivid with the high frame rate, brighter and more gorgeous with the wide gamut, more accurate and distinguishable in its dark and bright parts with the high-dynamic range," said Li Shuping, chief expert of Huaxia Film Distribution Co., Ltd.

So far, nearly 20 movies have been screened in over 40 CINITY theaters on the Chinese mainland, including "Ad Astra," "Downton Abbey," "Jumanji: The Next Level" and the new movie "The Eight Hundred" that is hitting Chinese theaters now.