CULTURE Beijing Hutong Tour: A peek into the city on rickshaw

Beijing Hutong Tour: A peek into the city on rickshaw 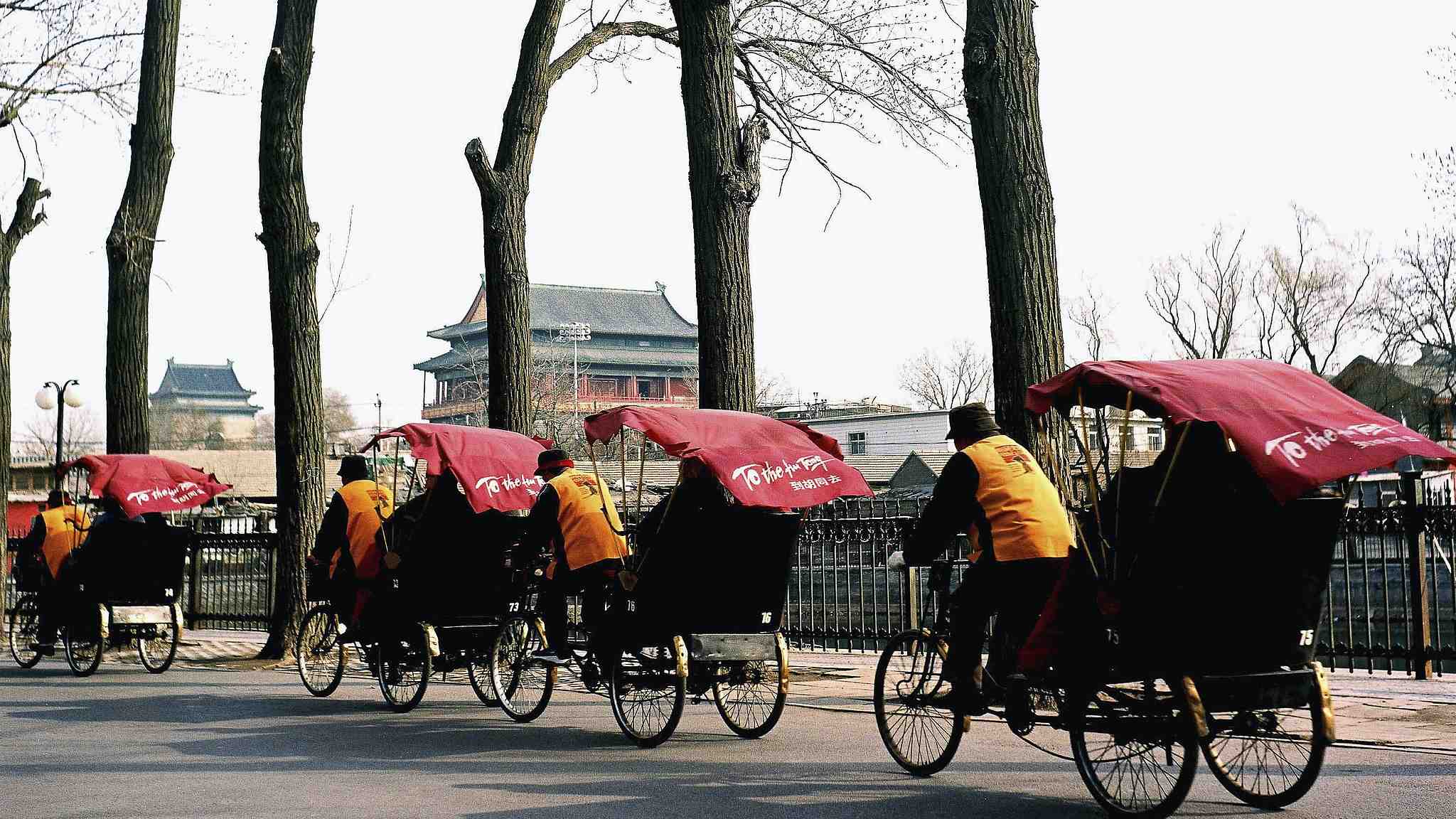 For many locals and visitors, the true essence of Beijing is found in hutongs, the traditional courtyard housing which once formed the heart of the capital.

Unlike the elite culture served by the Forbidden City and the Summer Palace, the Hutongs echo the life of grassroots Beijingers and highlight the dramatic changes the rest of the city has undergone.

There are more than 7,000 well-ordered hutongs in Beijing either East-West or North-South, just like the general contour of the city. However, it’s never easy to explore these narrow alleyways unless you have an innate sense of directions.

Getting on a rickshaw will make your trip much easier as the drivers are the eyes and noses of the city and know where to take you on the adventure.

Here are some highlights of popular Hutong tour routes.

This route highlights some of the most popular attractions in Beijing, including Nanluoguxiang, Drum&Bell Tower, Yandaixiejie and Shichahai Lake.

The tour starts at Nanluoguxiang, an 800 meters long alley surrounded by renovated and traditional architecture. Most of the Hutongs and courtyards are associated with famous historic and literary figures. You can stop by and visit their former residences which are now protected as memorial halls.

Cycle along Nanluoguxiang to East Gulou Street, turn left and you’ll soon reach the Drum&Bell Tower, an ancient construction lying on the north-south axis of Beijing city. Lying right next to the Tower is the famous “Yao Restaurant,” which hosted the then vice president of the United States Joe Biden in 2011. As a local Beijinger, this is also my go-to restaurant for a typical Beijing style breakfast.

Driving a round-way of the Drum&Bell Tower, you will then arrive at Yandaixiejie. It’s a short street that offers a fun range of stores, coffee shops and fast food vendors.

Get across the Yinding Bridge and ride along the final stop – Shichahai Lake (Houhai). Need to mention that the former residence of Song Qing Ling (honorary chairwoman of the PRC), the former residence of Mei Lan Fang (a famous Beijing Opera master) and Prince’s Gong’s Mansion are all within walking distance of the lake. Moreover, you can find two old family restaurants here: one is Kao Rou Ji, a restaurant selling roast meat that has a history of over 150 years; the other one is Bao Du Zhang, which has sold cooked tripe of beef for four generations.

Located near Tian’anmen Square, Xijiaominxiang is a 1,080-meter-long hutong built during the Ming Dynasty. It became prominent when several domestic and overseas banks opened their bureaus here, making the area an early financial district in Beijing.

Ride southward, you will arrive at Qianmen, the guard of the southern entry to the inner city, also where Dashilanr Commercial Street is located. The 276-meter-long street has been renovated to a commercial area with gift shops and vendors. Why not pick up some souvenirs while you’re there?

Continue heading south via Meishi Street and you ’ll find the Huguosi Jie, the famous Beijing food street with the best varieties of local snack in Beijing. Have a bite of Miàn chá, a thick brown soup made from millet and crushed toasted sesame seeds, or douzhi, a fermented soy drink.

Turn right at South Xinhua Street and you are at our final stop, Liulichang. This place is known for a series of Chinese traditional stone dwellings selling craftwork and antiques. The shops located on the street are filled with a variety of Chinese folk arts such as paintings, calligraphy, pottery, carpets and books. Unlike other shopping places in Beijing, you are welcome to bargain before making purchases.

Time to explore some hutongs in the west of the city. This route is full of historical spots and ancient streets.

Keep riding north to Di’anmen West Street and turn right to visit the largest and best-preserved ancient imperial park in central Beijing, Beihai Park. The rickshaws and bicycles are not allowed in the park, so walking is the best way to explore it.

Duration: Half a day.

The routes we listed above only cover a part of the hutong tourism destinations in Beijing. There are still many more hutongs waiting for you to discover.

Attention: The hutong rickshaw market is controlled and operated by hutong travel agencies so the fare is fairly transparent. But still be careful when you book. Avoid using independent rickshaw drivers and avoid directly negotiating prices with them.