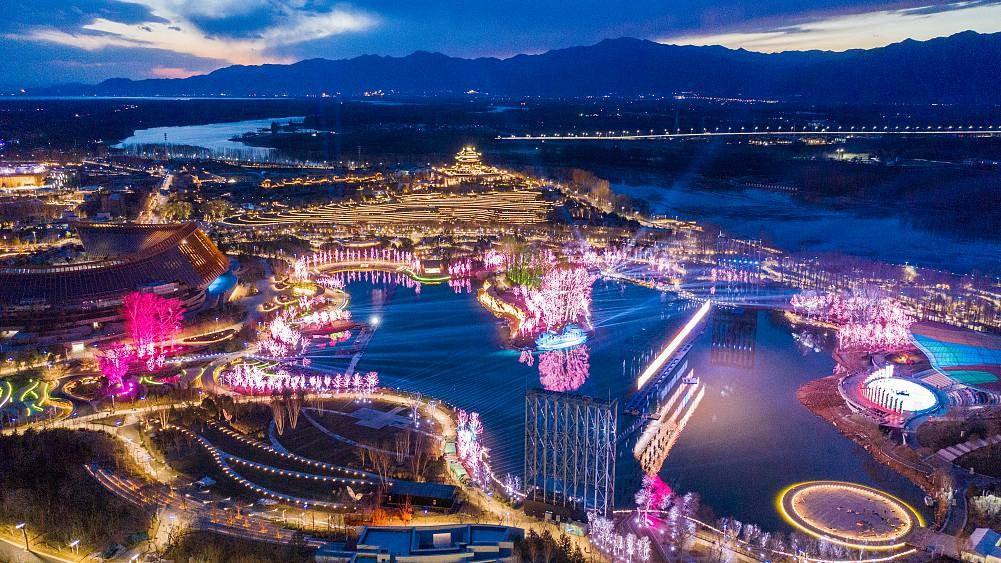 The 2019 Beijing International Horticultural Exhibition closed on Wednesday evening, with a grand gala staged during a ceremony to mark the end of the five-month event.

The International Horticultural Exhibition opened on April 28, welcoming 9.34 million visitors throughout its run. During the five months, a total of 3,284 events were held, attracting 3.1 million people.

The gala of the closing ceremony was themed "Ode to Harvest" to symbolize autumn as well as the hard work of those who put together the event.

Beginning with the song "Joy of Nature," the closing ceremony gala highlighted the concept of "a community of life," which echoes the theme of the Expo, "Live Green, Live Better."

The stage was gleaming with green and blue, the colors of trees and water.

The lyrics expressed the will to cooperate in protecting nature as well as the idea that earth is a home for all humans.

A total of six programs were staged, bringing to an end an international event with a global message that protecting nature is an individual endeavor as much as it is a collective responsibility.