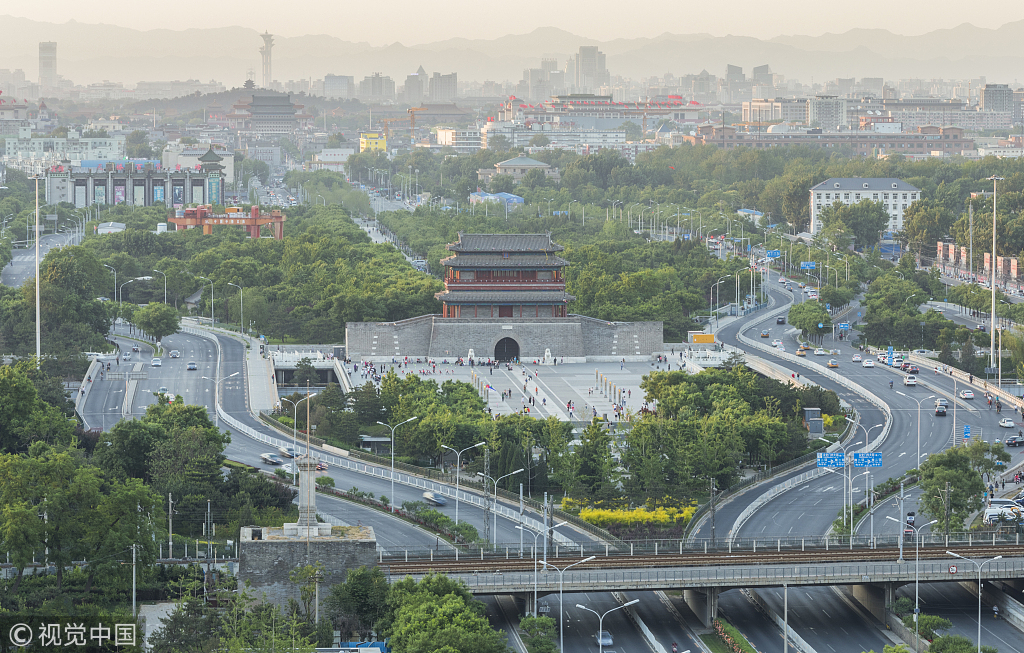 Beijing is preparing 14 heritage sites along the city's Central Axis, including Tiananmen Square and Chairman Mao Memorial hall, in a bid to apply for UNESCO World Cultural Heritage by 2035.

The 14 heritage sites are Yongdingmen, the Temple of Agriculture (Xiannongtan), the Temple of Heaven, Zhengyangmen and its archery tower, Chairman Mao Memorial Hall, the Monument to the People's Heroes, Tiananmen Square, Tiananmen, Shejitan, the Imperial Ancestral Temple (Taimiao), the Forbidden City, Jingshan, Wanning Bridge, and Gulou and Zhonglou, according to the Beijing Municipal Administration of Cultural Heritage, the Beijing Daily reported on Wednesday.

The goal is to have the Central Axis match the application criteria of the UNESCO World Heritage by 2030, and make it to the World Heritage List by 2035, said administration director Shu Xiaofeng, according to the report.

The Central Axis runs through China's capital city and covers 65 percent of the old city area. Aside from the designated heritage areas, the Central Axis also includes imperial buildings, quadrangle courtyard houses and modern constructions in the buffer areas, the administration said.

The cultural relics in the heritage areas will be renovated and better presented.

"There is still much room for improvement for the Central Axis to meet the standards of the UNESCO World Heritage. For example, we are not highlighting its importance deep enough," Shu said, adding that the administration is inviting international experts in the second half of the year to help explain the importance of the Central Axis.

When necessary, residents in heritage areas will be relocated to return the heritage sites to their original state. The residents' quality of life will be ensured and improved by the relocation through compensation fees, housing distribution and infrastructure improvements, Shu said.

"The goal of the relocation is not to ask all residents to leave but to retain the old Beijing as much as possible," he said.