BEIJING, June 10 (Xinhua) - The Guardians of the Great Wall, a team of 463 locals has been set up in Beijing in June to provide a full-coverage protection network for the well-known world heritage site. 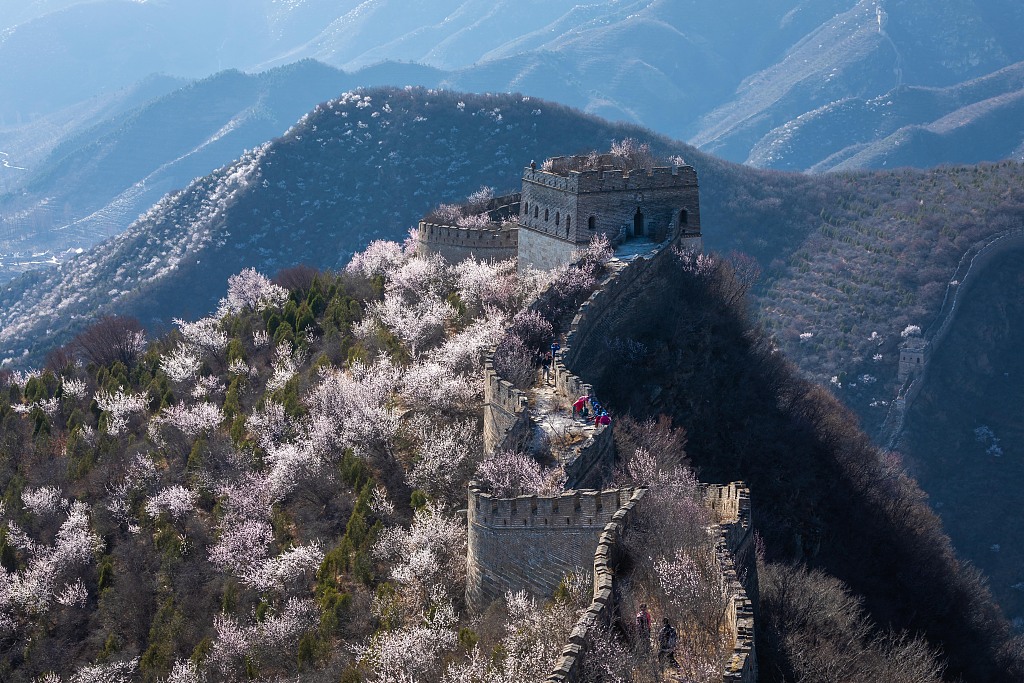 All team members are villagers living along the wall. Experts believe launching the team will help locals have an increased awareness of protection.

The Great Wall is a UNESCO World Heritage Site, consisting of many interconnected walls. It traverses through 15 provinces and cities.

Due to human destruction and natural weathering, some parts of the Great Wall are damaged or have collapsed, and they are in urgent need of renovation.

Beijing has a total length of 520.77 km of the wall, which is the best preserved and most valued section. Since 2000, the city has invested 470 million yuan in 96 projects to protect it, according to the Beijing municipal administration of cultural heritage.

The guardians will conduct a safety inspection of the key wall sections, stop and report harmful behaviors and collect garbage along the wall. They are also encouraged to spread knowledge, regulations and stories of the Wall to visitors.

By the end of May, six suburban districts along the Great Wall have completed the recruitment and employment of the guardians. Among them, 289 are full-time workers and 174 are part-time, according to the Beijing Youth Daily.

The villager team will make up for the staff shortage on cultural relics protection, said Liu Manli, an official with the Yanqing district government.

In April, 128 villagers from Yanqing District underwent training and tests by the Great Wall researchers. Apart from learning basic knowledge, they also mastered how to inspect and report hazardous conditions via a mobile application.

"In the past, I was unaware of how to protect the wall," said Wei Fuyong, a team member from Yanqing. "But now I love the wall and realize that it is my responsibility to protect it and other cultural relics. "

Locals often thought the "Great Wall" only refers to the famous Badaling Great Wall, but they didn't believe that the wall runs through their villages, said Zhang Jun, a trainer and Great Wall researcher.

"We train villagers to be the guardians, and to make every nearby village become a fortress to protect the man-made wonder, " said Zhang.