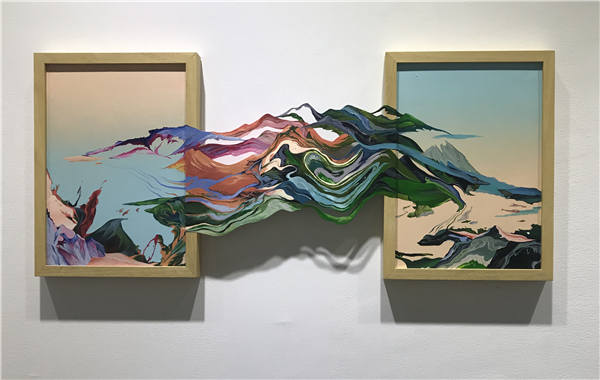 "Breathing needs no explanation, neither does art." This is one of many declarations at this year's Art Nova 100 Opening Exhibition in Beijing.

The annual event, which was launched in 2011, brings together the latest artworks in different styles and mediums by Chinese artists age 40 and younger. The exhibition aims to create a "promising and vanguard group" in China's art scene and invites viewers to think about the future of art where technology is increasingly used to tell social stories.

The ongoing exhibition, which is being held at the city's Guardian Art Center through Aug 1, examines the scope and scale of the work of more than 100 emerging artists from different parts of China, as well as the works of established artists, who have been featured in previous editions of the event.

Viewers are sure to find a personal connection with the show, whether through the quiet beauty of a painting, a sculpture or a photograph. Those looking to find something strange or with a strong visual effect are unlikely to be disappointed either. Dozens of works had already found buyers at the show's opening on July 29.

But at a time when art fairs are booming in China and allowing young artists to promote their work, Art Nova 100, the Beijing-based institution that organizes the exhibition, is seeking to not just connect potential collectors with the artists but also to get their work properly critiqued through the display.

"When we started the exhibition eight years ago, we hoped to build a launch pad for people who are talented," says Peng Wei, director of Art Nova 100.

But now she says her institution has come to realize that, to help artists grow, the exhibition needs to show both their strengths and weakness, and that the artists need to hear different opinions despite the market influence that they may be under. This is another reason why works shown at this year's exhibition have so far received divided reviews among eminent artists, curators and gallerists.

Xiang Jiang, a prominent sculptor who visited the exhibition, says some works show the artists "lack the passion to keep learning from their surroundings".

"China is one such vivid scene where dramatic changes are taking place, which, however, are not discussed well in some works. To be a good artist, one needs to react to the changing realities of one's life and think independently," Xiang adds. 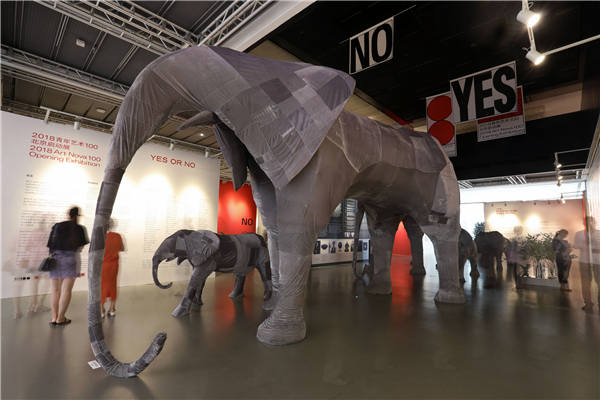 Artist Li Linlin's installation, Unusual Existence is among the works on show at the annual event that brings the latest artworks by Chinese artists age 40 and younger. (Photo provided to China Daily)

She says some works have used images and cultural symbols other artists adopted earlier, and still others show the makers focusing on individual feelings rather than on wider society.

And that is why Peng and her team set up an "art clinic" at the exhibition on July 31. At this booth, artists and curators from China and abroad receive artists, view their works and provide career advice.

Lu Zhengyuan, a teacher at the Central Academy of Fine Arts in Beijing and an artist in his own right, says artists living in the information age have access to more resources and opportunities, and that exposure to developments in the international art scene will also provide Chinese artists a "more open way of thinking".

But some have lost themselves to profit-seeking. Lu says some are "solely driven by the so-called art trends" and don't capture what's around them.

History has shown that famous artists worked hard and experimented with their art even if it meant being commercially unsuccessful at times.