New measures will be introduced in Beijing to promote garbage sorting this year, according to the standing committee of the Beijing People's Congress, the capital's top legislature. 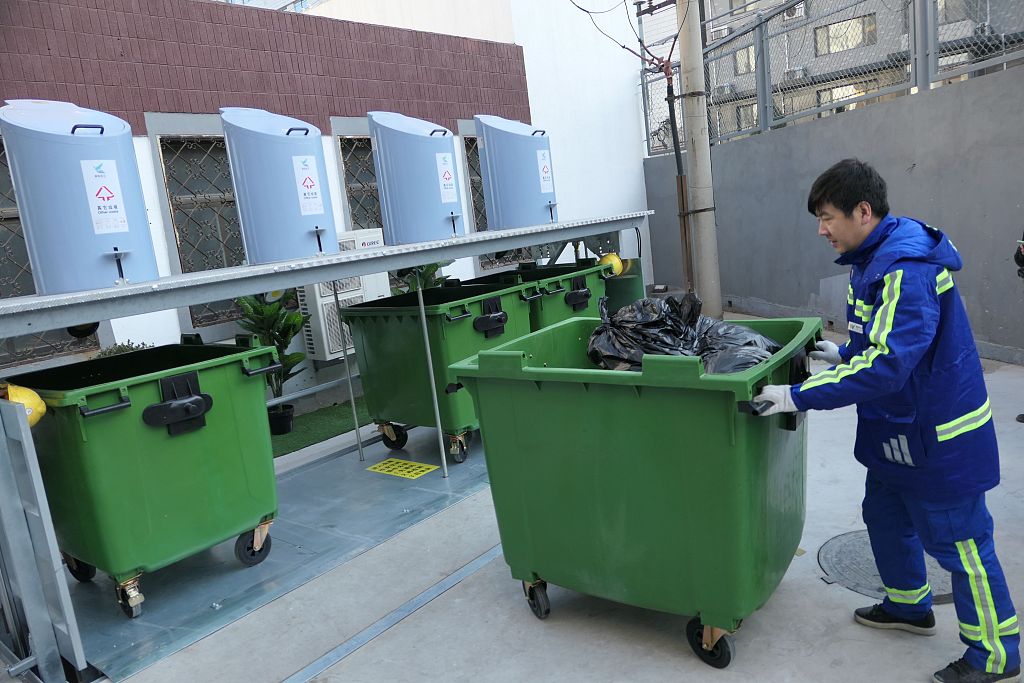 Government departments, schools, hospitals and other public service institutes in Beijing are already required to implement a garbage-sorting system.

This year, efforts will be made to promote the mandatory classification of waste in commercial office buildings, tourist attractions, hotels and other business venues.

Authorities said Beijing is also ready to dispose of more kitchen waste - up to 5,550 tons daily.

Dongcheng and Chaoyang districts have introduced equipment to quickly process larger-sized waste which caused a headache for residential communities.

Li Rugang, deputy director of the Beijing Municipal Commission of Urban Management, said the city will continue to support central government departments and their subordinate institutes to carry out compulsory garbage sorting, aided by a joint supervision and inspection mechanism.

By the end of 2018, Beijing’s designed capacity for waste treatment reached 28,591 tons a day. The city also introduced financial incentives to district-level governments in order to process kitchen waste.