Belgium has rallied from 2-0 down to beat Japan 3-2 with a goal in the dying seconds and advance to a World Cup quarterfinal match against Brazil.

Nacer Chadli finished off a length-of-the-field movement late in stoppage time for the clincher on Monday night at the Rostov Arena. It’s the first time since 1970 that a team has rallied to win a knockout game from 2-0 down at a World Cup.

Midfielders Genki Haraguchi and Takashi Inui scored in the 48th and 52nd minutes to give Japan a surprising 2-0 lead.

Jan Vertonghen started the comeback when he scored with a looping header in the 69th and another substitute, Marouane Fellaini, headed home Eden Hazard’s cross from the left in the 74th.

What was expected to be a mis-match ended up to be a classic match.

Belgium was one of only three teams to win all three group games and topped the tournament scoring list with nine goals in the group stage. Japan narrowly scraped through to the knockout stage in the tightest of tiebreakers against Senegal — after both teams finished level in Group G — because it had a better disciplinary record at the tournament.

Japan has now lost in the round of 16 three times and has never reached the World Cup quarterfinals. 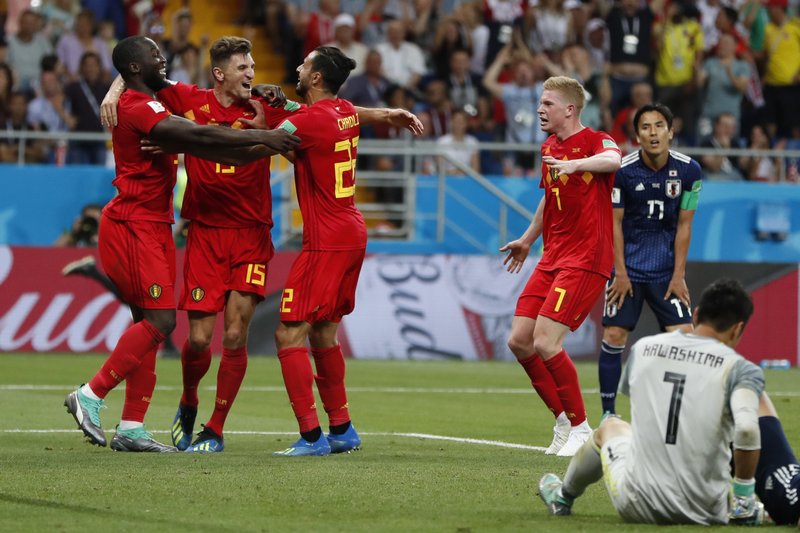