CULTURE Belgium beats England 1-0, moves into tougher side of draw

Belgium beats England 1-0, moves into tougher side of draw

In a match neither team had to win, Belgium came out on top and took first place in its World Cup group with a 1-0 victory over England on Thursday.

Adnan Januzaj scored the only goal with a curling shot in the 51st minute on a night of little tension or attacking intent.

With the victory, Belgium gets what appears to be an easier match in the next round against Japan on Monday in Rostov-on-Don. England will face Colombia on Tuesday in Moscow.

Both teams had advanced to the round of 16 before the match.

Although Belgium was the winner of the group, it might have the tougher road to the final with Brazil, Portugal, France and Argentina possible future opponents. If England gets past Colombia, it could face Spain, Russia, Croatia, Denmark, Sweden or Switzerland on its way to a possible final.

“We don’t suffer for (the loss),” England coach Gareth Southgate said. “What this means for the next round we don’t really know.”

Belgium is one of only three teams to advance to the knockout round with 3-0 records from the group stage. Croatia and Uruguay are the others.

England and Belgium made a combined 17 changes to their starting lineups to rest players for the knockout round. Harry Kane, the leading scorer at the tournament with five goals, was on the bench for England. So was Romelu Lukaku, who has scored four for Belgium.

“We don’t like to lose, but tonight there were other factors that were more important,” Southgate said. “We know our strongest 11, but what’s pleasing is that there are guys that have put their hand up tonight to really push for a place.”

What could have been a tantalizing match between two strong European teams turned out to be a bit of a letdown, though there is no proof either side was trying to lose.

England goalkeeper Jordan Pickford made an early save on a shot from Youri Tielemans. And after a fumble by Pickford, Gary Cahill made a goal-line clearance.

On the other end, Kane’s replacement up front for England, Jamie Vardy, tried his luck with a header.

Marcus Rashford came closest for England at the start of the second half but his low shot was tipped around the post by Belgium goalkeeper Thibaut Courtois.

If the script was to avoid winning, Januzaj didn’t read it. Picking up possession on the edge of the penalty area, he shifted the ball around Danny Rose and curled it into the corner of the net.

“The goal today is a fantastic reward for all his efforts,” Martinez said of the Manchester United academy graduate. 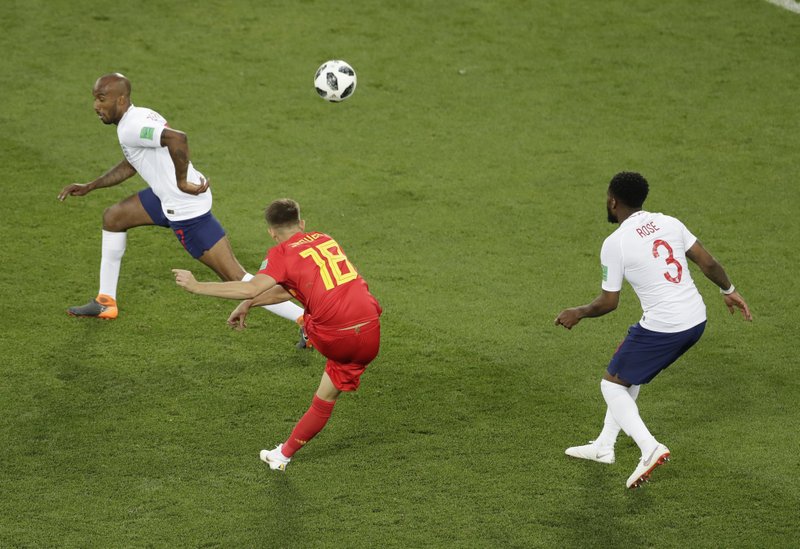