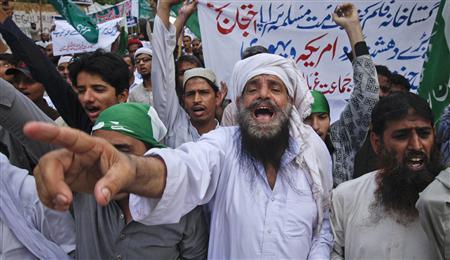 Should the Islam Party be banned in Belgium? Amid growing concerns over its legitimacy as an independent party,the mayor of Mons and former Belgian Prime Minister Elio Di Rupo has joined a number of politicians speaking out in favor of a ban, the Belgian newspaper SudPresse reported on Wednesday.

Since the astonishing proposal made by Redouane Ahrouch, treasurer of the Islam party, suggesting a separation between men and women in public transport, certain political figures have asked legal enforcement to prohibit the Islam party from operating because of its "unconstitutional and of undemocratic" nature.

In Mons, the president of the Socialist Party (PS) Elio Di Rupo shares the view that the Islam party should be banned. "It formulates proposals that go against fundamental principles. It flouts the equality between men and women and does not respect the convention of human rights or even the Belgian constitution," he said in a statement on Wednesday.

In Flanders, the N-VA and Open Vld want to draft a law that would prohibit such parties from existing. In French ranks, MP Richard Miller (MR) supported by Federal Minister Denis Ducarme also spoke in favor of a ban, as did the president of DeFI, Olivier Maingain, through the inscription of the secularity of the state in the Constitution.

Outside political circles, members of the Muslim community in Belgium have also expressed their rejection of the ideas proposed by the Islam Party. "These remarks are not shared by a vast majority of Muslims and do not correspond to the vision that a large part of the Muslim population," said Isabelle Praille, the former vice president of the Belgian Muslims Executive.

The Islam party grew in popularity around five years ago. In 2012, the party was already advocating the prohibition of gender diversity in public areas such as schools, sports halls and swimming pools, reported the newspaper Vif.

In 2012, the party gathered 3,317 votes in Molenbeek and Anderlecht, two municipalities in Brussels, and continues to push forward its political mandate.