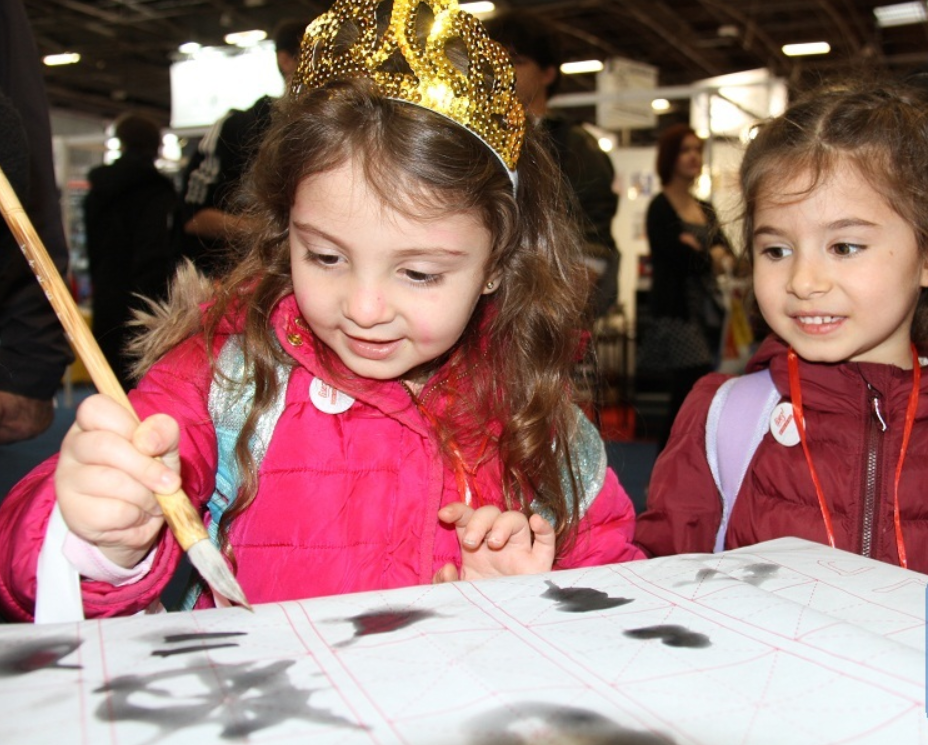 A little girl tries Chinese calligraphy at the Chinese exhibition area of the 2019 Paris book fair in Paris, capital of France, on March 15, 2019. (Photo: Xinhua)

PARIS, (Xinhua) -- More than 500 kinds of Chinese books were displayed this weekend at the 2019 Paris Book Fair, with the books about the Belt and Road being an important part.

A total of 18 publishers from all over China, including Beijing and Shanghai participated in the book fair with a wide variety of book exhibits ranging from traditional culture, Chinese learning, children's books, Chinese literature to humanities and social sciences.

The Belt and Road-related books are important part of the China's exhibition, including the series of "Belt and Road" stories published by Foreign Languages Press.

Wu Weidong, head of the Chinese publishing delegation, said that about 70 percent of the books on display from China were in French and English.

According to statistics released by the French Ministry of Culture, Chinese has been the first foreign language translation and publication for many years, and French readers can read the French version of Tang and Song poetry, contemporary novels and other Chinese books.

"I have been following the Chinese book publishing industry for more than 20 years," said French publisher Felix Torres. "Many French readers are interested in Chinese comic books and history books. The publishing cooperation between the two countries can be extended to more areas."

The Paris Book Fair is one of the most important book fairs in Europe, attracting thousands of exhibitors to display books and cultural products. During the book fair, seminars, book launches and youth education experiences were held.

The Paris Book Fair, which opened Friday, will run through Monday.