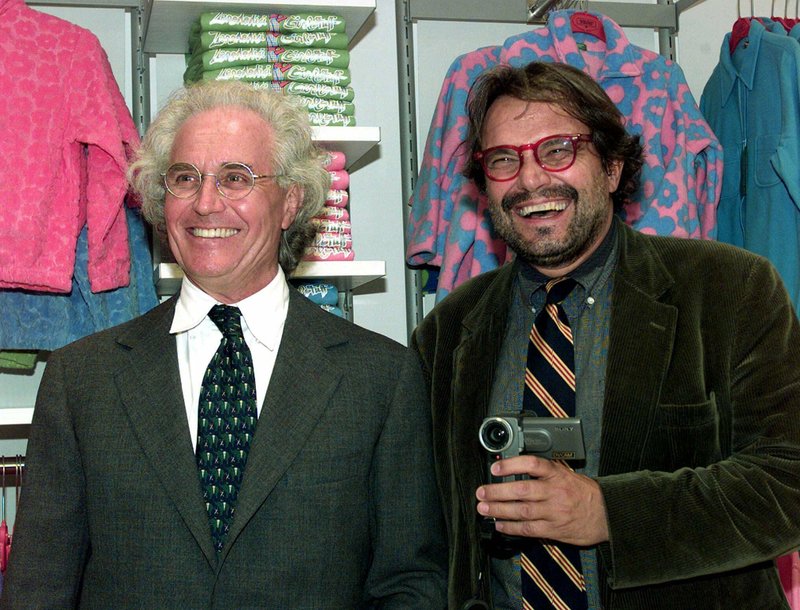 Photographer Olivier Toscani made a career out of provocative advertising campaigns for Benetton, the Italian clothing brand famed for its colorful knitwear. But that decades-long relationship has been severed after Toscani outraged relatives of victims in the deadly 2018 Genoa bridge collapse.

Toscani told RAI television this week, ’’who cares about a bridge collapse?” He was responding to a public flap over a photograph of founding members of the Sardines political protest movement alongside key members of the Benetton family, which controls the company that maintained the bridge.

The president of the committee to remember the 43 people who died Aug. 14, 2018 in the Morandi Bridge collapse called the remarks, ’’inopportune and confused.″

’’It could be that (Toscani) travels by helicopter, and using a bridge is for commoners,″ Egle Possetti said. ‘’Unfortunately, many Italians travel over bridges every day, and unfortunately some people will remain forever under ‘that bridge,’ certainly not due to some stray lightning strike. Forty-three innocent deaths count little for him, but for us they were everything.″

Toscani apologized in an interview with La Repubblica published Thursday. “I am sorry. More: I am ashamed to apologize. I am humanly destroyed and deeply pained.″

But the damage was done.

Benetton said in a statement Thursday that the group and its chairman, Luciano Benetton, ’’completely disassociates itself from Mr. Toscani’s remarks and acknowledges the impossibility of continuing the professional relationship with its creative director.″

It added that “Luciano Benetton and the entire company renew their sincere closeness to the families of the victims and to all those who have been involved in this terrible tragedy.”

The Benetton family, as controlling stakeholder in the Autostrade highway company that maintained the Morandi bridge, has been embattled ever since the accident as the government squabbles over whether to revoke its agreement to operate thousands of kilometers of Italian toll highways.

So the photo showing the founders of the Sardines movement alongside the Benettons was widely criticized as a misstep by the less than three-month-old group.

Since its founding in November, the group has mobilized tens of thousands to protest against the growing popularity of right-wing leader Matteo Salvini. The leaders said their appearance in the photo, at the Benetton’s cultural center Fabrica, had been ’’naive.″

Toscani was the creative force behind shock ad campaigns of the 1990s that featured such images as the pope kissing an imam on the lips, which once angered the Vatican. Others depicted a priest embracing a nun, a newborn baby smeared with blood and a black woman breast-feeding a white baby.

With the Benetton-funded research center Fabrica, he more recently toned down the images in collaborations with the Italian Red Cross and the U.N. High Commissioner for Refugees, as well as campaigns fighting anorexia and combating violence against women.