Disappointed NFL clubs have wasted no time in ringing the changes for the new year, with four teams parting ways with their coaches on Monday. 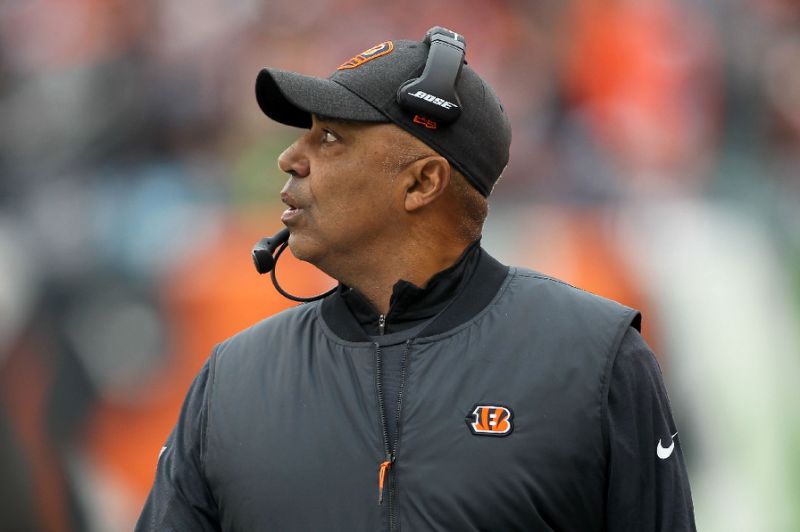 Marvin Lewis, seen here at a December 16 NFL game against Oakland, is out after 16 seasons as coach of the Cincinnati Bengals (Photo: AFP)

The Cincinnati Bengals said the departure of head coach Marvin Lewis was a "mutual" decision.

Lewis, who spent 16 seasons in Cincinnati and earned NFL Coach of the Year honors in 2008, was the second-longest tenured coach in the league behind the New England Patriots' Bill Belichick.

"I want to thank the Bengals' organization, the fans and the city of Cincinnati for their support," the 60-year-old Lewis said. "I regret I haven't been able to provide them with the No. 1 goal of being world champions."

The Bengals started the season an encouraging 4-1. But defensive struggles saw defensive coordinator Teryl Austin sacked and a slew of injuries further damaged the team, which finished 6-10 and last in the AFC North division.

The Arizona Cardinals, who finished 3-13 and last in the NFC West, sacked Steve Wilks on Monday after one season as head coach.

Wilks was hired on January 22, 2018 to replace the retiring Bruce Arians and in his lone season Wilks presided over the Cardinals' worst season in 18 years.

They'll have the consolation of selecting first in the 2019 NFL Draft.

Wilks, 49, becomes the first one-and-done coach since Chip Kelly was fired by the San Francisco 49ers in 2016.

Denver fired Vance Joseph a day after the Broncos wrapped up their second straight losing season under the coach's guidance.

It was the first time the Broncos have finished back-to-back seasons with a losing record since 1971-1972.

Adam Gase is out as head coach of the Miami Dolphins, who also announced that executive vice president of football operations Mike Tannenbaum will no longer continue in that role.

General manager Chris Grier has been promoted to run the team's football operations.

Two teams didn't wait until Monday, with the New York Jets announcing the departure of Todd Bowls after four years just hours after a season-ending 38-3 loss to New England on Sunday.

The Tampa Bay Buccaneers sacked coach Dirk Koetter on Sunday, shortly after their 5-11 season ended with 34-32 loss to the Atlanta Falcons.

The Green Bay Packers, whose season ended with an embarrassing 31-0 loss to the Detroit Lions in which star quarterback Aaron Rodgers suffered a concussion, had already fired coach Mike McCarthy after a week-13 loss to the Cardinals, and the Cleveland Browns had dismissed Hue Jackson after a loss to the Pittsburgh Steelers midway through the season.