CULTURE Bennett and Belafonte among those honored at Apollo gala

Bennett and Belafonte among those honored at Apollo gala 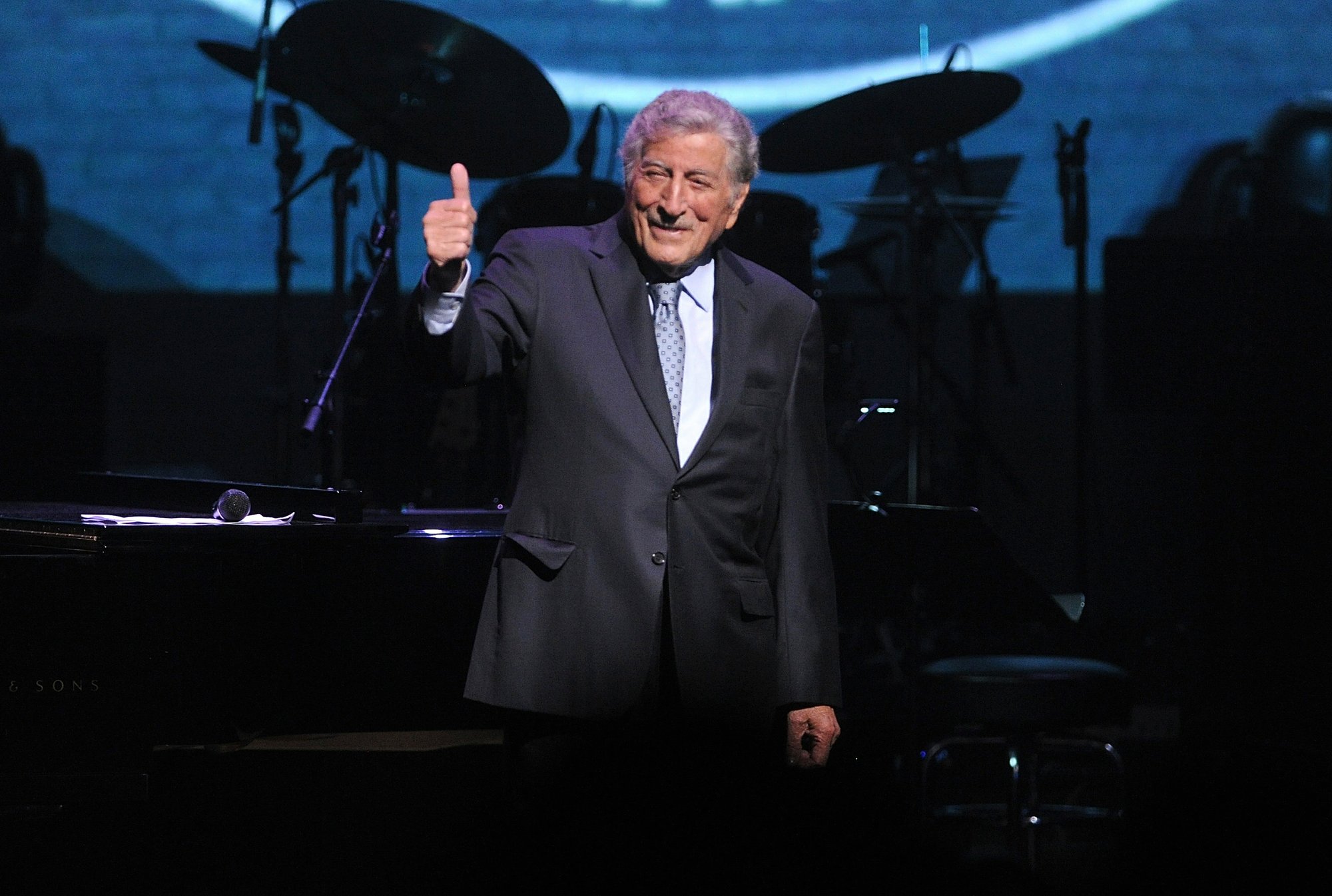 Tony Bennett had few words to say, but many more to sing.

Bennett was among the honorees Thursday night at “A Great Night in Harlem,” the annual fundraiser for the Jazz Foundation of America.

Introduced by Ben Stiller to a capacity audience at the Apollo Theater, Bennett didn’t have a speech prepared but was ready to perform. His range and timing sharp as ever at age 92, Bennett crooned the Gershwin standard “Love is Here To Stay,” and picked up the tempo for his signature “I Left My Heart in San Francisco.” He placed his hand over his heart, extended his arms and left to a sound he’s known for decades— warm and lasting applause.

It was a night of celebration, mourning, protest and affirmation, all tied to the anniversary of the death of Rev. Martin King Jr., assassinated on April 4, 1968. Bennett and fellow lifetime achievement award winner Harry Belafonte both knew King well, as did civil rights activist Andrew Young, who stood in for the 92-year-old Belafonte and recalled how much King relied on his input and how much Belafonte contributed financially and through his connections to the entertainment world.

Without Belafonte, Young said, “we might not have even had a movement.”

A Belafonte friend and disciple, actor Danny Glover was one of the night’s hosts, and he introduced a speaker not previously billed — Sen. Bernie Sanders, the Vermont independent and candidate for the Democratic Party’s presidential nomination in 2020.

Greeted enthusiastically by a capacity audience at the Apollo, Sanders cited a part of King’s legacy that tied in with the working class themes of his campaign: King had been killed while supporting striking sanitation workers in Memphis, Tennessee.

Other anniversaries were noted on Thursday, including what would have been the 80th birthday of the South African musician and activist Hugh Masekela, who died last year. Two of his children spoke on his behalf and some of his former bandmates performed his hit “Grazing in the Grass,” recorded just weeks before King’s death and released a month after.

With Quincy Jones seated in the front row, and called out by numerous performers, the music spanned a range of styles and genres worthy of Jones himself. The Count Basie Orchestra, for whom Jones wrote and arranged in the 1950s and ’60s, played big band jazz. There was rap from Common and his supergroup, August Greene; punk from Patti Smith and a tap dance-jazz duet between Savion Glover and Patience Higgins. The night ended with a blues jam featuring Sweet Georgia Brown on vocals and a black-hatted Bruce Willis on harp, and Danny Glover leading a sing-a-long of Belafonte’s signature “Day-O (The Banana Boat Song),” calling out “Daaaaay O!” to the rafters and beyond.