CULTURE Berkeley drops words like ‘manpower’ in push to be inclusive

Berkeley drops words like ‘manpower’ in push to be inclusive 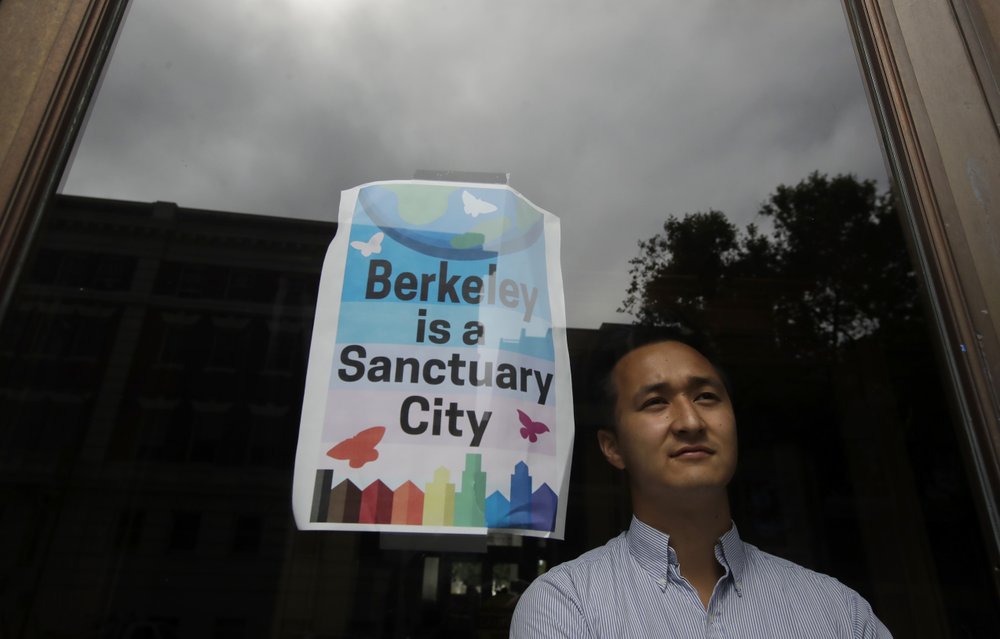 There will be no manholes in Berkeley, California. City workers will drop into “maintenance holes” instead.

Nothing will be manmade in the liberal city but “human-made.” And students at the University of California, Berkeley, will join “collegiate Greek system residences” rather than fraternities and sororities.

Berkeley leaders voted unanimously this week to replace about 40 gender-specific words in the city code with gender-neutral terms — an effort to be more inclusive that’s drawing both praise and scorn.

That means “manpower” will become “human effort” or “workforce,” while masculine and feminine pronouns like “she,” ″her,” ″he” and “him” will be replaced by “they” and “them,” according to the measure approved Tuesday by the City Council.

The San Francisco Bay Area city is known for its long history of progressive politics and “first of” ordinances. Berkeley was among the first cities to adopt curbside recycling in the 1970s and more recently, became the first in the US to tax sugary drinks and ban natural gas in new homes.

Berkeley also was the birthplace of the nation’s free-speech movement in the 1960s and where protests from both left- and right-wing extremist groups devolved into violence during a flashpoint in the country’s political divisions soon after President Donald Trump’s election.

Rigel Robinson, who graduated from UC Berkeley last year and at 23 is the youngest member of the City Council, said it was time to change a municipal code that makes it sound like “men are the only ones that exist in entire industries or that men are the only ones on city government.”

“As society and our cultures become more aware about issues of gender identity and gender expression, it’s important that our laws reflect that,” said Robinson, who co-authored the measure. “Women and non-binary people are just as deserving of accurate representation.”

When the changes take effect in the fall, all city forms will be updated and lists with the old words and their replacements will be posted at public libraries and the council chambers. The changes will cost taxpayers $600, Robinson said.

Removing gendered terms has been slowly happening for decades in the United States as colleges, companies and organizations implement gender-neutral alternatives.

But formalizing the shift in the sweeping way that Berkeley is doing is “remarkable and sends a message,” Rutgers University linguistics professor Kristen Syrett said.

“Anytime you’re talking about something where gender is not the issue but you use a gendered term, that immediately sends a message of exclusion, even if it’s a dialogue that has nothing to do with gender,” said Syrett, who recently spearheaded an update to the guidelines on inclusive language for the Linguistic Society of America.

For Hel Baker, a Berkeley home caregiver, the shift is a small step in the right direction.

“Anything that dismantles inherent bias is a good thing, socially, in the grand scheme of things,” the 27-year-old said.

“I don’t, by any means, think this is the great championing for gender equality, but you gotta start somewhere,” Baker added.

Lauren Singh, 18, who grew up in Berkeley, approved of the move, saying, “Everyone deserves to be represented and feel included in the community.”

Not everyone agreed with the new ordinance. Laramie Crocker, a Berkeley carpenter, said the changes just made him laugh.

“If you try to change the laws every time someone has a new opinion about something, it doesn’t make sense. It’s just a bad habit to get into,” Crocker said.

“Let’s keep it simple, get back to work,” he said. “Let’s figure out how to get homeless people housed and fed. He, she, they, it — they’re wasting my time.”