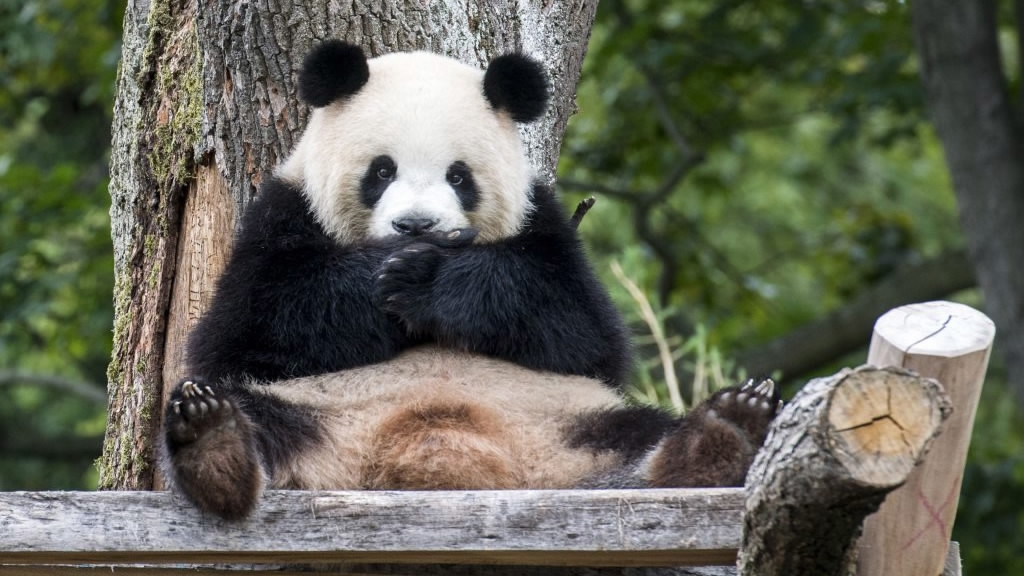 Berlin's zoo is hoping to hear the patter of tiny panda paws soon.

The zoo on Tuesday released a few seconds of footage from an ultrasound scan of its 6-year-old panda Meng Meng, which it said shows "a mini-panda with its heart beating fast."

It said that the birth isn't far off, but didn't specify when.

Meng Meng mated for the first time with 9-year-old partner Jiao Qing in April, and was also artificially inseminated to increase the likelihood of pregnancy. Experts working with the zoo said in mid-August that they were about 85% sure Meng Meng was expecting. Panda pregnancies typically last four to six months.

The zoo said keepers used a few pieces of apple, panda cookies and honey water to persuade Meng Meng to lie on her back for a few minutes Tuesday for the scan. It said that pandas typically deliver one, two or occasionally even three cubs, and although only one was discovered during the scan it's still possible that there are more.

Meng Meng and Jiao Qing arrived from China in June 2017.