Frances Tiafoe rolled up his white shirt's right sleeve, flexed his biceps and slapped the muscle five times. Then he pounded his chest and yelled, "Yeah! Let's go! Let's go! Come on!" 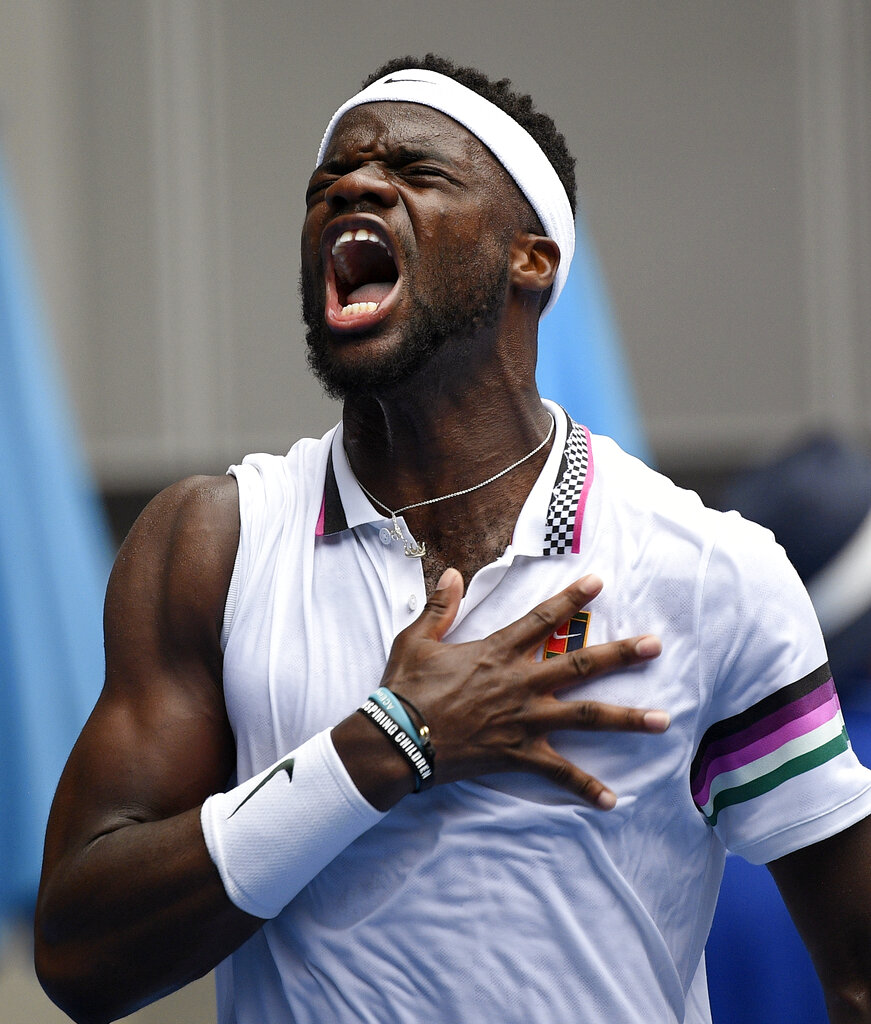 Forgive the young American's exuberance. This was, after all, the biggest victory of his nascent career.

"I went to a different place. I dug insanely deep," the 39th-ranked Tiafoe said. "It's all about competing. Guys are so good. It's just about how badly you want it. I want it real bad."

Next for Fritz is a matchup against Roger Federer, the two-time defending champion in Australia and owner of 20 Grand Slam titles.

"I grew up watching a lot of the guys I play today. I can't tell you how many times I watched Monfils' highlight reel on YouTube, just growing up. 'Fed,' obviously, my whole life growing up, he was always the best, winning everything," Fritz said. "So it's really cool being able to step on the court with him again." 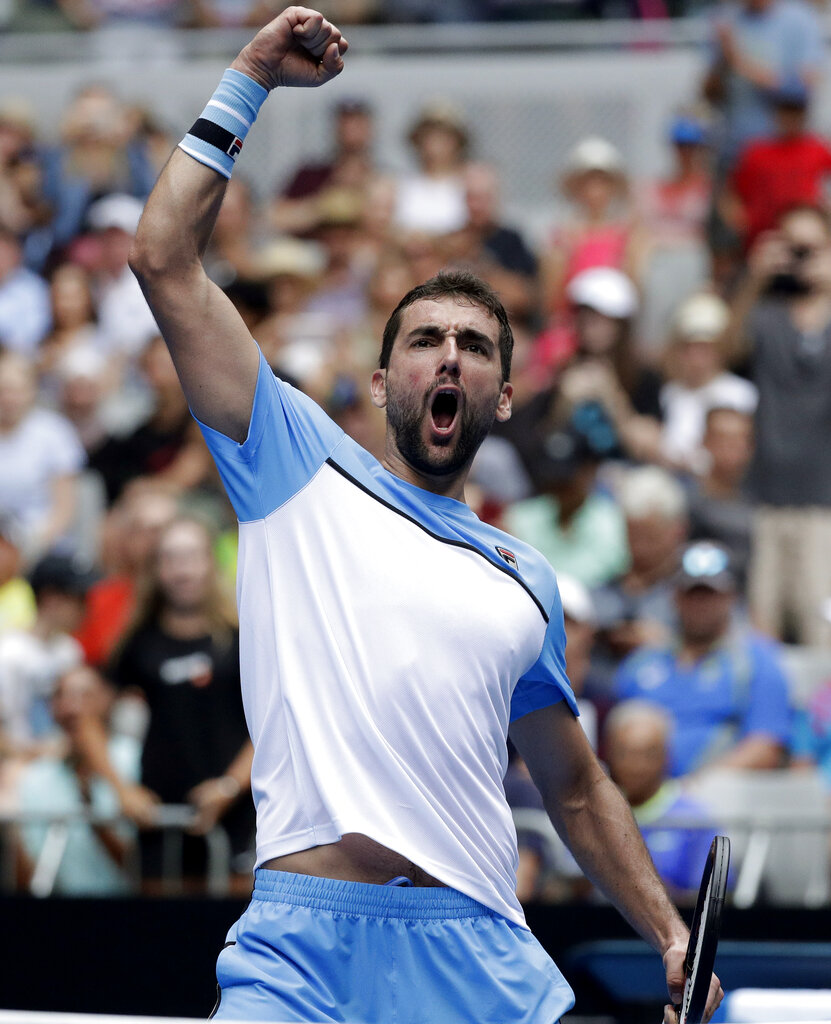 A day after American men went 1-5, the country's contingent produced those two upsets and threw a couple of scares into other seeded players, too, but couldn't pull off the wins.

"This group (of Americans) really deserves the hype, I guess, because I think everyone's good," Fritz said.

Cilic was the 2014 U.S. Open champion and the runner-up at Melbourne Park to Federer last year. Against McDonald, an NCAA champion in singles and doubles at UCLA who is 23 years old and ranked 81st, Cilic delivered 25 aces, including on each of the last two points.

"It was a much tougher match than I expected," Cilic said. "I didn't know much about him."

For Tiafoe, it helped that Anderson's best attribute, his intimidating serve, slowed down along the way because of problems with his right arm. Anderson was repeatedly visited by a trainer during changeovers and he lost about 5 mph (10 kph) on his first serves as the match wore on.

Anderson was the runner-up at Wimbledon last year and at the U.S. Open in 2017 and had won all three previous matchups against Tiafoe. 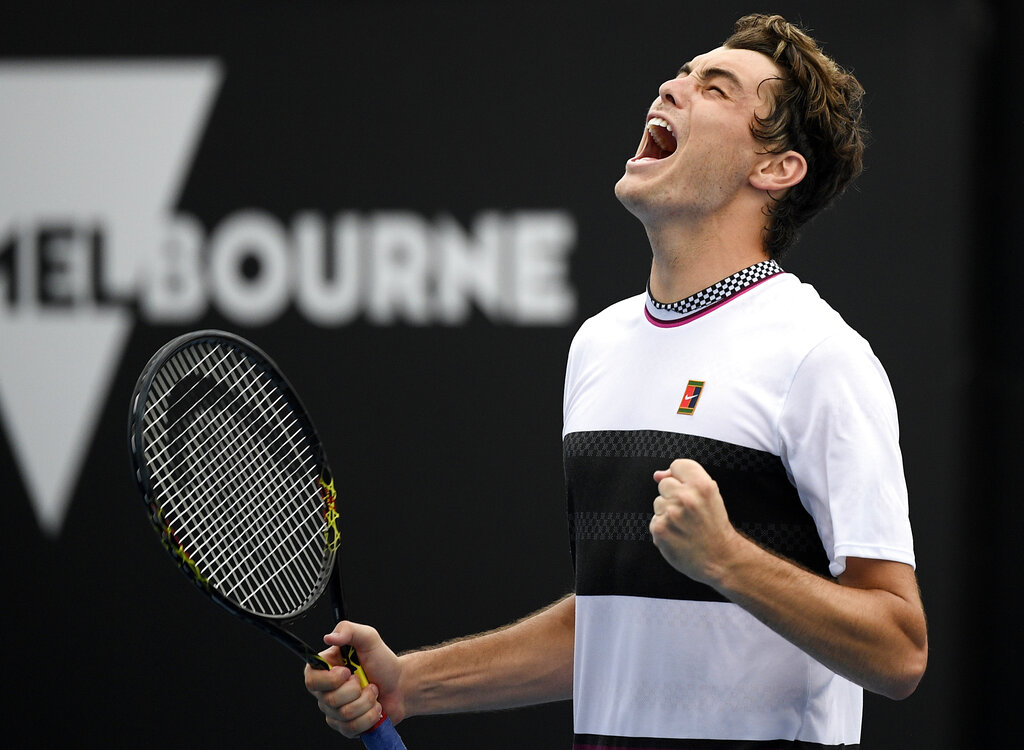 But Tiafoe ended a six-match losing streak against top-10 opponents and is now into the third round at a major for the second time, equaling his best showing.

"These are the matches where they kind of define you and help you feel more and more comfortable to keep winning matches like that," Tiafoe said. "So, yeah, I'm definitely going to remember this one."

As for his postmatch flex, Tiafoe said: "I hope the crowd liked it."

Defeat Andreas Seppi of Italy next, and Tiafoe would make his debut in the second week of a Grand Slam.

He turns 21 on Monday and said: "If I'm playing on that day and beat somebody, that's the best present I can get."

"I couldn't pull away early in the match," said Federer, who actually was two points from dropping the opening set. 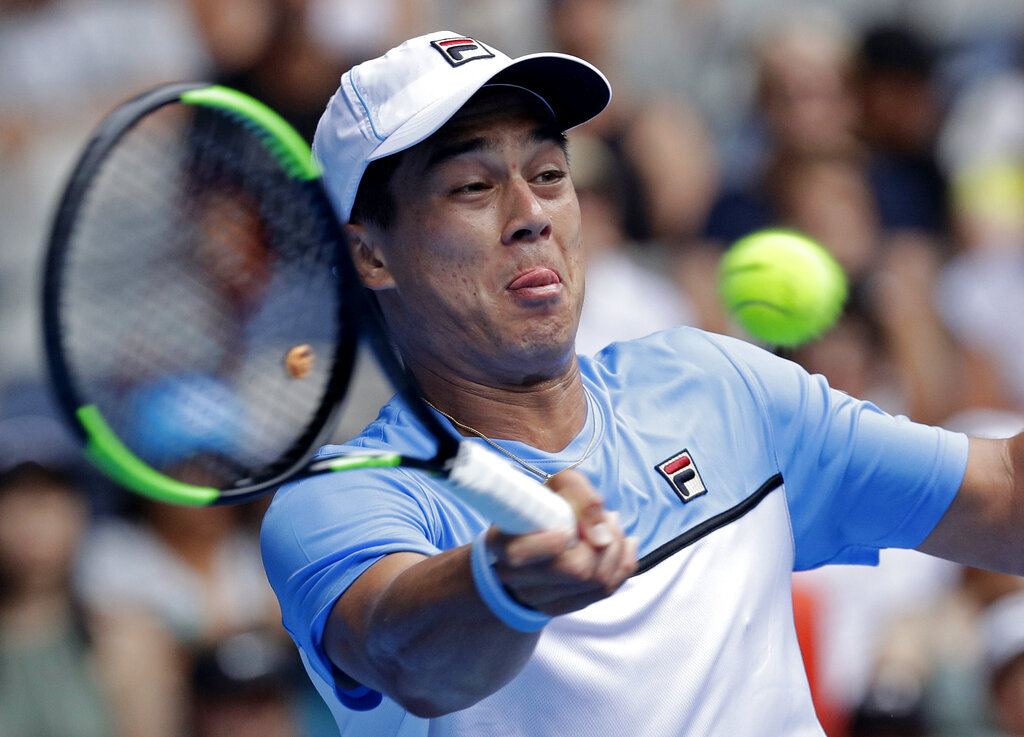 No. 5 Sloane Stephens opened the day in Rod Laver Arena with a 6-3, 6-1 victory over her junior doubles partner Timea Babos.

Stephens, the 2017 U.S. Open champion, reached the third round of the Australian Open for the first time since 2014.

"I'm kind of conquering all the places where I've been terrible," Stephens said.

"It is so surreal," Birrell said. "That was just such a blur. I get to play again. It's crazy."