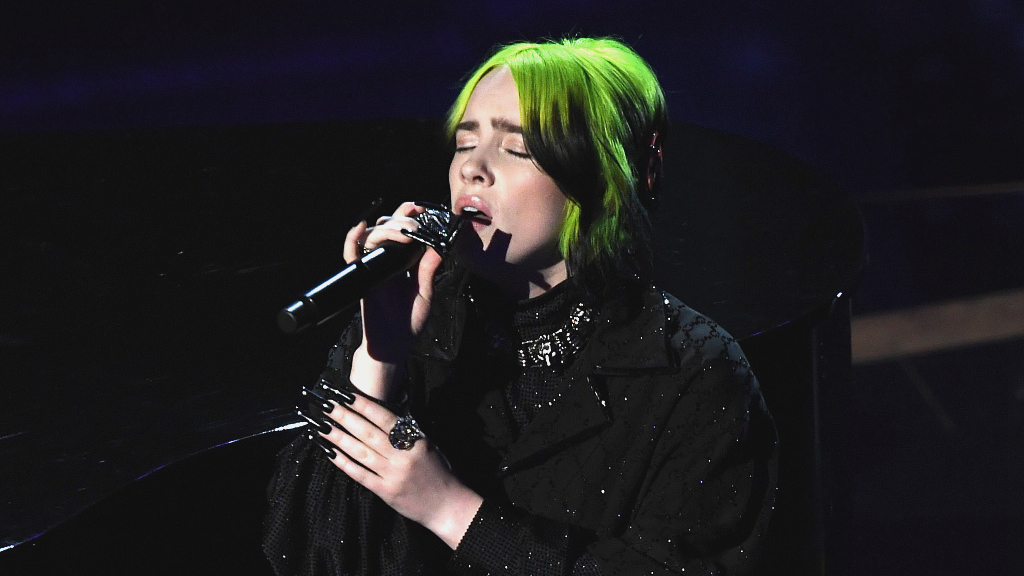 Sharing the same name as the upcoming movie "No Time To Die", the ballad features the grungy melancholic feel that has propelled Eilish to star status and caps a remarkable few weeks for the teenager.

Last month Eilish was the breakout star at the Grammys, sweeping five awards including the "big four" prizes: Album of the Year, Song of the Year, Record of the Year and Best New Artist.

The Los Angeles-born singer, who only turned 18 in December, is the youngest artist to record a Bond track. The song was written with her primary creative collaborator - and brother - Finneas O'Connell. 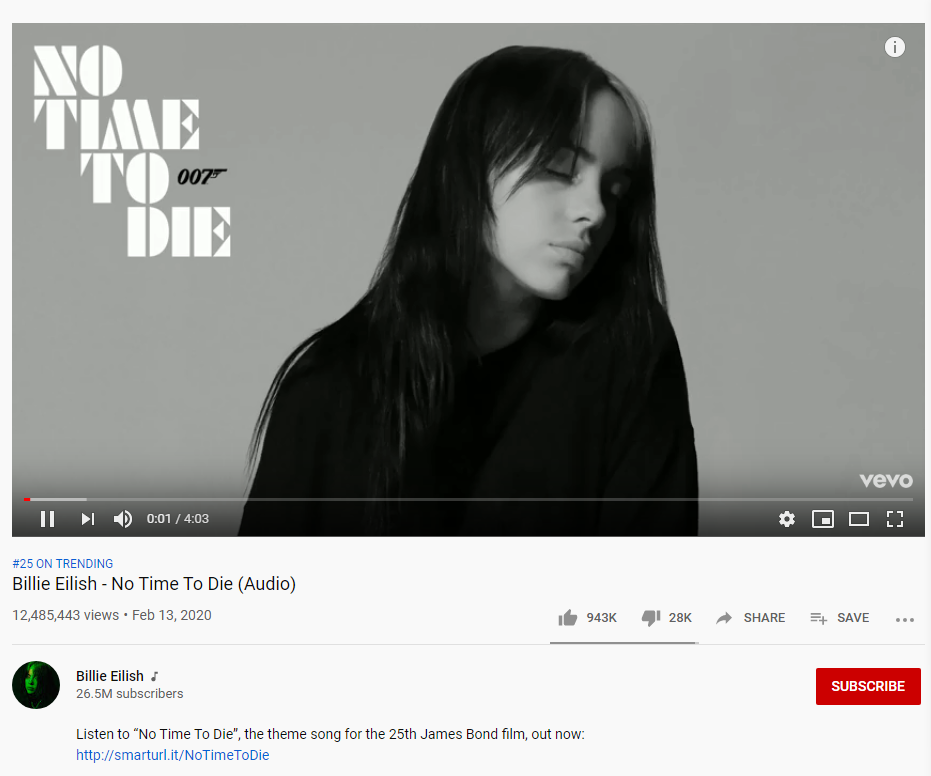 The 25th installment of the British spy saga, due out in April, sees Bond drawn out of retirement in Jamaica by his old friend and CIA agent Felix Leiter.

Rami Malek, who won a best actor Oscar for his depiction of Queen frontman Freddie Mercury in "Bohemian Rhapsody", plays the villain.

Craig, 51, who had to undergo minor ankle surgery after an injury on set, is expected bow out after eight years as agent 007. 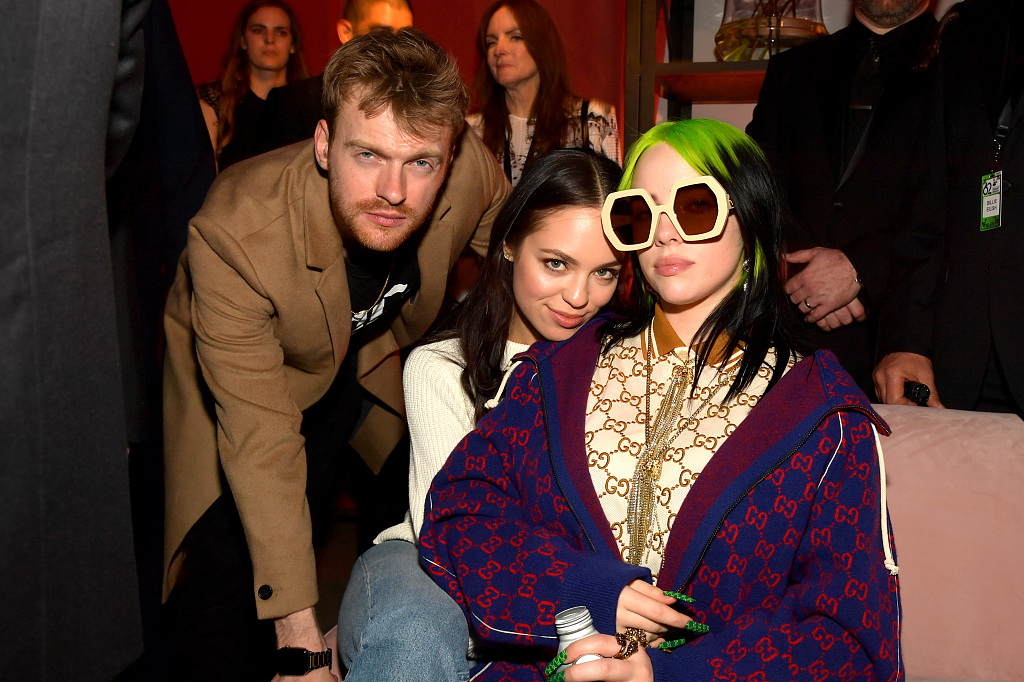 Trailers feature the Bond staples that have made the franchise so successful over the decades: car chases, gun fire, gadgets and femmes fatales.

But Eilish's track will guarantee interest from a younger demographic. 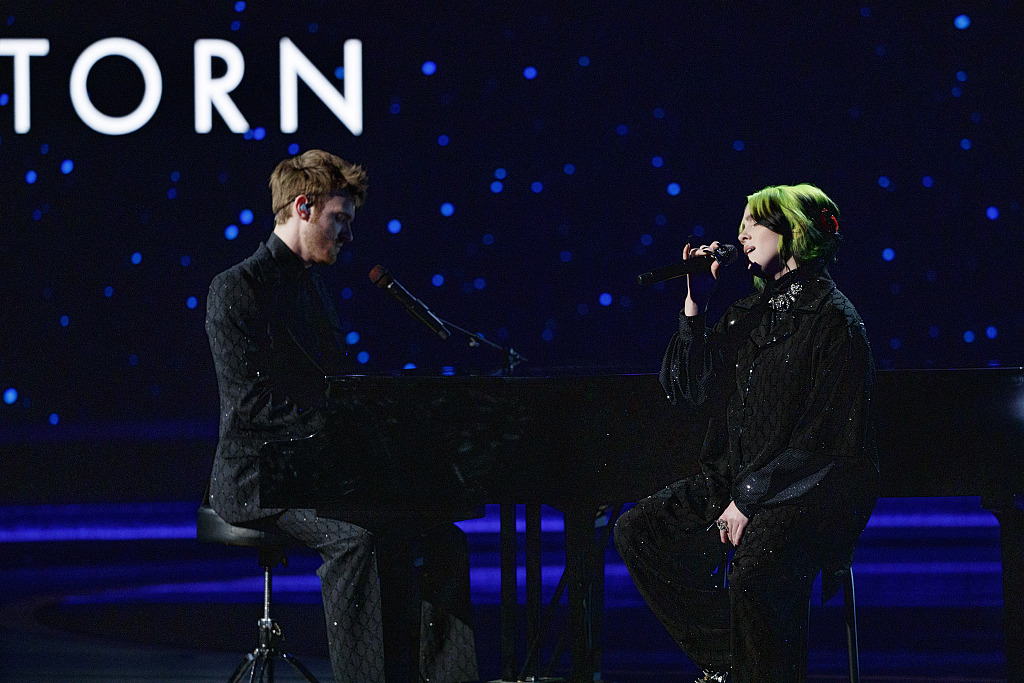 At just 13, she unveiled her debut bedroom-produced single "Ocean Eyes" on SoundCloud, the do-it-yourself streaming platform that has also brought a generation of young rappers to fame.

Interscope signed her at age 14 - making the Californian a rare internet-age pop star to win big online and then see a label invest time and money in cultivating her talent over the long term.

Last year she dropped a number one album entitled "When We All Fall Asleep, Where Do We Go?", led the hot songs chart with her single "Bad Guy" and played a set on a prime stage at the Coachella music festival.