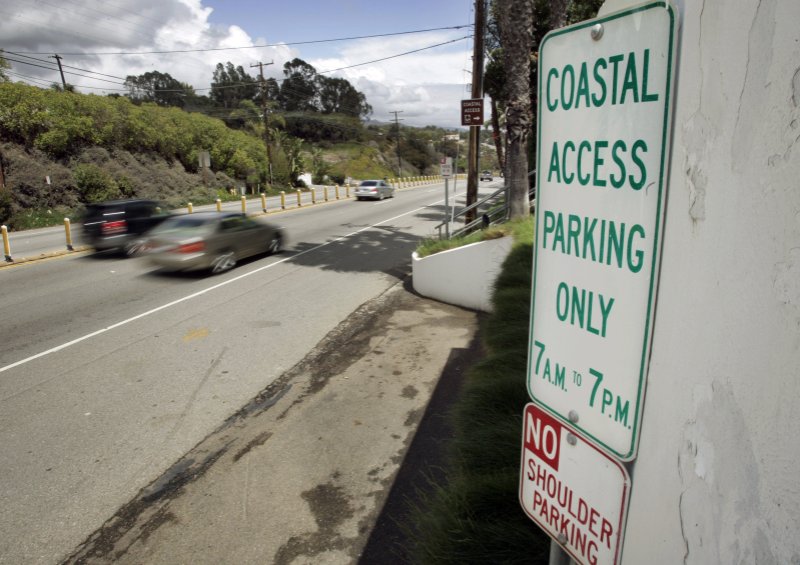 A tech billionaire whose elaborate wedding in a redwood grove violated California rules has helped create a smartphone app that shows users a map of more than 1,500 spots where people can get to the coastline.

The California Coastal Commission unveiled the YourCoast app at its meeting Thursday in Newport Beach.

“This is an only in California story,” Commission Chair Dayna Bochco said in a statement. “Where else could you find a tech mogul partnering with a regulator to help the public get to the beach?”

Sean Parker, co-founder of file-sharing service Napster, agreed to help make the educational tool after he built a large site resembling a movie set for his wedding in an ecologically sensitive area of Big Sur without proper permits.

However, the commission determined the construction in a campground area wouldn’t harm the environment and the wedding was allowed to proceed.

Parker, a former president of Facebook, also paid $2.5 million in penalties, which helped fund hiking trails, field trips and other efforts to increase public access to the popular tourist area. It was a rare high-profile coastal violation case resolved with cooperation rather than a legal fight.

“This is a case of turning lemons into lemonade,” Lisa Haage, the agency’s chief of enforcement, said in a statement. “We negotiated a creative agreement with a willing partner of great ability and expertise that will widely benefit the public. We literally ended up working with some of the world’s best tech engineers to create something that everyone can use and enjoy.”

Parker told the Los Angeles Times by email that he was excited to work on the project because he “thought it would provide the greatest value to the public.”

The centerpiece of the app is a map of 1,563 public access points that the commission tracks along coastal California. Clicking on a particular access point shows photos of the path to the beach — which can be hard to find — and whether it has amenities such as parking, access for visitors with disabilities, restrooms or fishing facilities.

Users can submit updated photos or report violations to the commission. If people are visiting a remote area, they can save the map and information on their phone if they lose service.

Parker made the deal with commissioners just a week before his June 2013 wedding to artist Alexandra Lenas in the woods on a hotel property.

Workers had installed a 20-foot-tall (6-meter-tall) gate and built bridges, a ruined stone castle and Roman columns in old-growth forest. Crews put down a dance floor and a 50-foot (15-meter) stage for a band.

The site is supposed to be an affordable campground for the public that can’t be closed for private events without permission from regulators. Officials found that the owners failed to get permission for the wedding and had illegally closed the area to the public for six years.

Even though the property owner was at fault for the violations, Parker accepted responsibility.