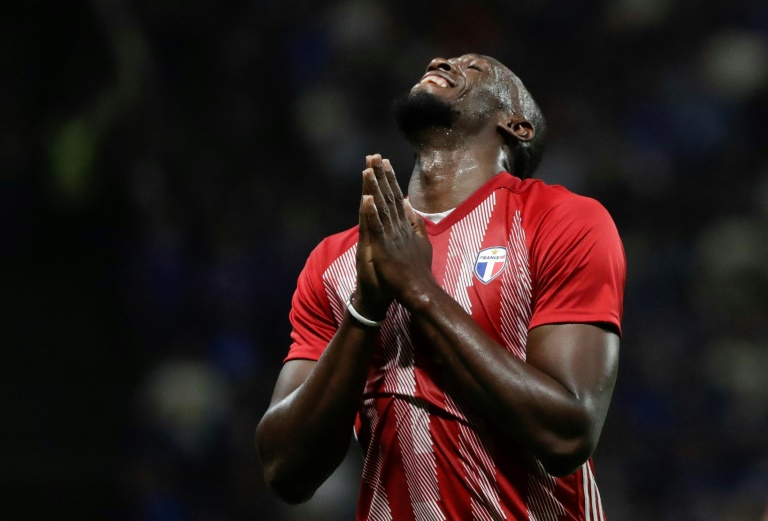 Usain Bolt might be a superstar athlete but the fastest man ever won't be getting special treatment when he arrives in Australia in his bid to become a professional footballer.

Australia's Central Coast Mariners have agreed to help the eight-time Olympic champion achieve his long-held dream, letting him train with the club indefinitely in his pursuit of a playing contract.

He is due to arrive in Gosford, 75 kilometres (47 miles) north of Sydney, on his own this weekend and has made just one demand -- that his hire car is black.

Asked if there had been other demands, he said: "No, there's only that one.

"We've had no requests for private bodyguards, personal masseurs, chauffeurs. Nothing about providing bottled water from France, either," he added.

And his hire car won't be top of the range either. Instead, he will make do with one of the Hyundais the club is provided with each year as part of a sponsorship deal.

Asked how Team Bolt would fit inside anything but a stretch limo, Mielekamp told the newspaper: "There isn't any entourage.

"It's only Bolt and his manager, and the latter is already here. So when Usain arrives at Sydney airport this weekend, he will be travelling alone.

"And when he drives, it will be in a Hyundai like everyone else at the club."

Despite the Jamaican's no-frills approach, managing his presence will be a tougher proposition with extra security guards on hand for any public appearances and club training sessions moved to a larger venue to cater for demand.

"The one thing we've been really firm on is that Usain, while trialling for a contract, be treated the same as any player," said Mielekamp.

"Obviously, we understand the realities of having somebody of his profile. But (when it comes to football) there will be no advantages.

"And that's what Bolt wants -- this is about his football journey. He's coming here for the right reasons."

Bolt dominated sprinting since taking double individual gold at the Beijing Olympics in 2008. He went on to win a further six Olympic golds and pick up 11 world titles.