CULTURE Black is back: Top trends at Paris fashion week

Black is back: Top trends at Paris fashion week

As Paris women's fashion week ends on Tuesday, some of the major trends from the spring-summer 2019 catwalk collections have emerged.

Black is the new black

Spring-summer is supposed to be about bright colors, prints and flouncy flowers. This is no longer the case if a deeply sombre Paris fashion week is any barometer.

The last nine days have been a long funereal procession of black, with a little bit of white and the odd dazzle of silver to lift the gloom. 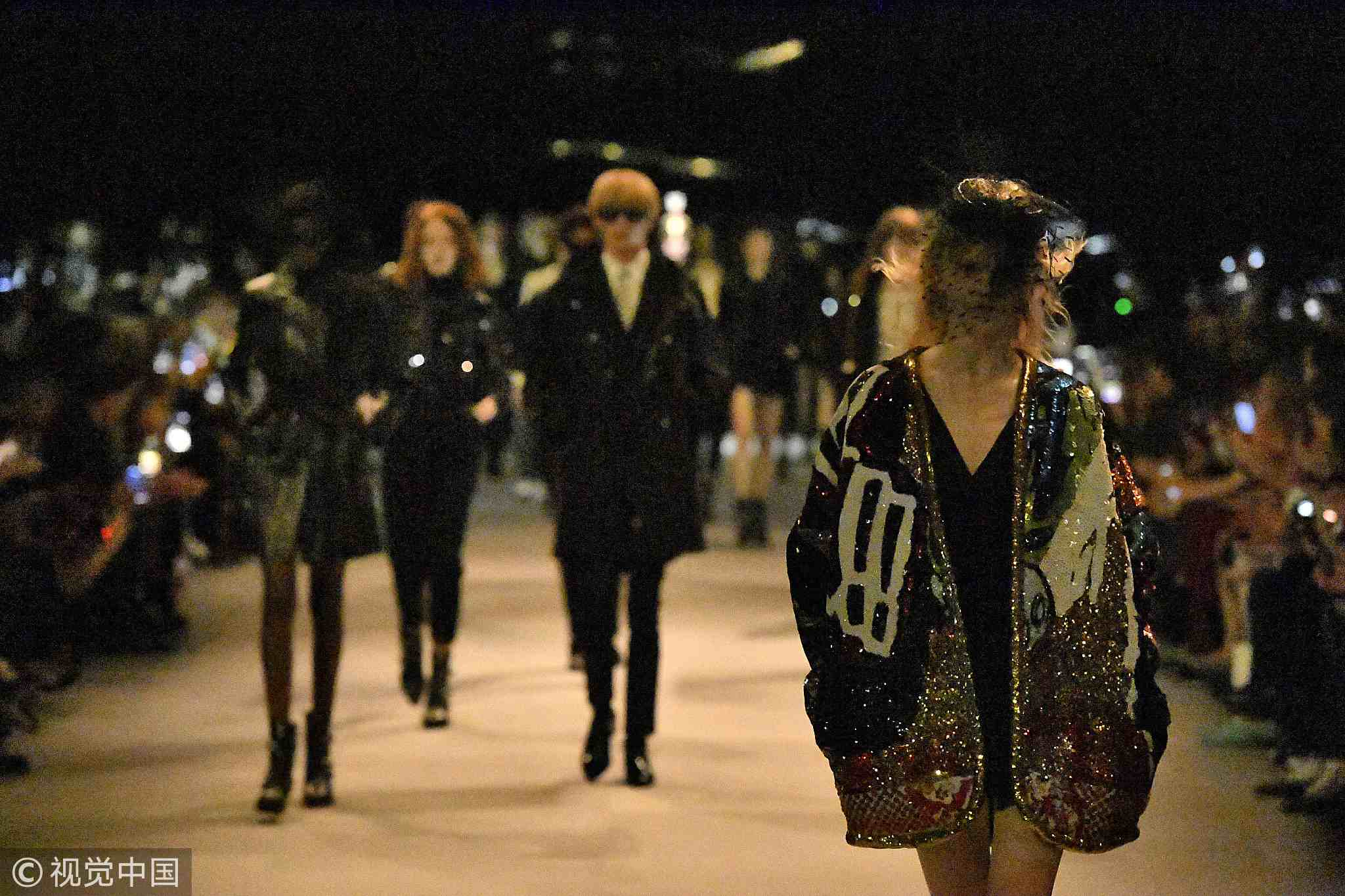 Hedi Slimane went on a voyage to the heart of black in his highly controversial debut at Celine, as did his successor at Saint Laurent, Anthony Vaccarello.

Blink at Valentino, Margiela, Guy Laroche, Givenchy and even Balenciaga, and you might have thought yourself at a wake there was so much black, while Rick Owens summoned up the Salem witch-hunts, smoking pyre and all. 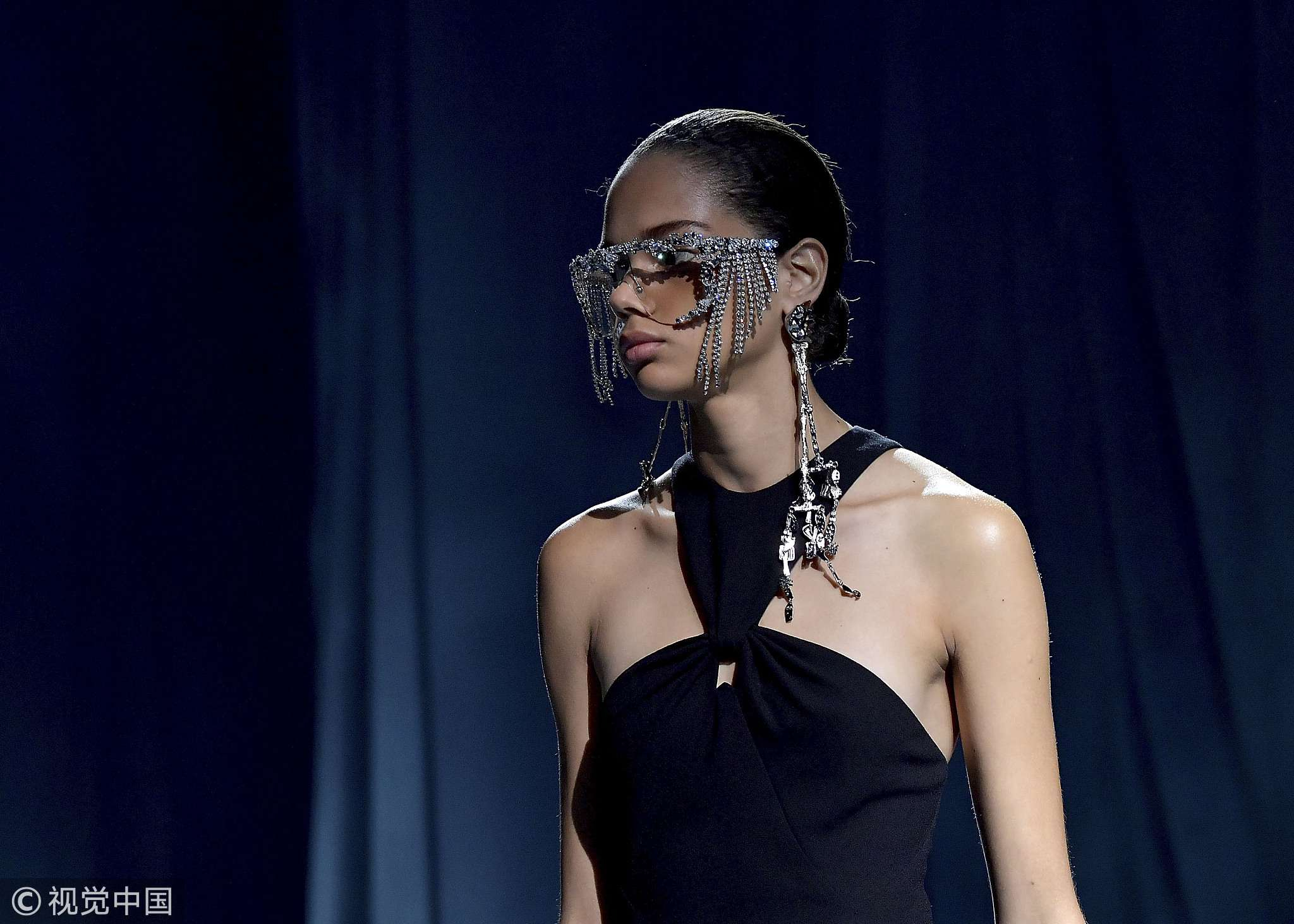 Givenchy show as part of the Paris Fashion Week.

Even Balmain was uncharacteristically restrained, which is no bad thing.

It was left to Chanel, the king of prints Dries van Noten, Haider Ackermann, Paco Rabanne and India's jester genius Manish Arora to bring some fizz to the party, with the latter outdoing himself with a technicolor collection that burned into memory as well as the retina.

Bags are getting smaller, much smaller. We appear in fact to be entering the era of the micro-bag with young guns Ottolinger and Jacquemus introducing handbags you can hold with one finger.

Karl Lagerfeld may be more than half a century their senior, but he was bang on trend at Chanel. And we were spoilt for choice for them at Louis Vuitton, where they were also attached to belts.

Natacha Ramsay-Levi's new C bag at Chloe isn't teeny tiny, but the biggest thing about it is the golden C she has stamped on it, while Maria Grazia Chiuri's new Dior one is more of a shoulder purse. 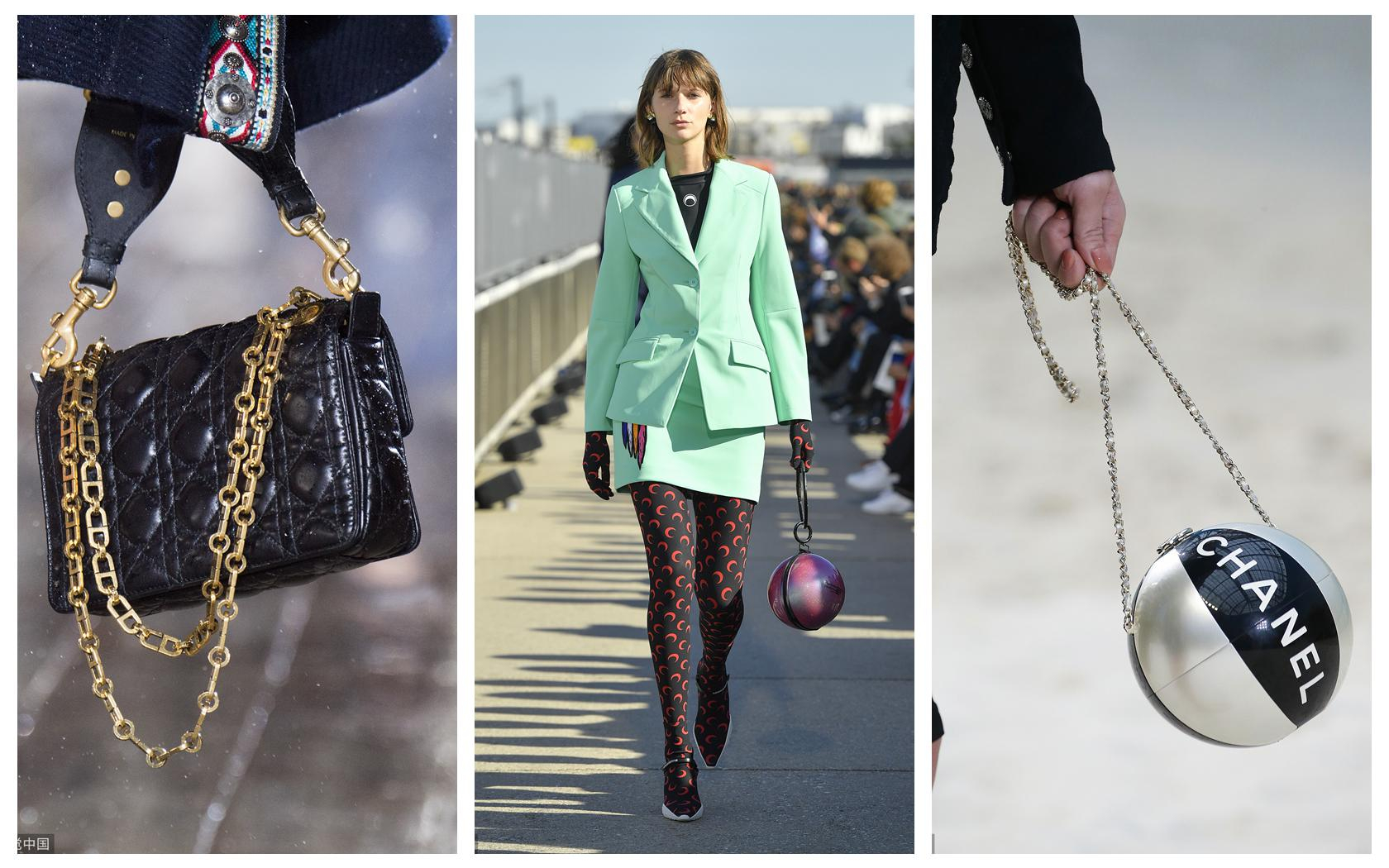 Bags released by the luxurious brands during the Paris Fashion Show.

Arora too had a few before taking the biscuit – or in his case the three-tiered cake – with his wedding cake as well as leopard-head bags which came with light-up-in-the-dark laser eyes.

But for pure practical ingenuity, Issey Miyake's new bag hat is hard to beat. Made with shot fabric, it can be folded into a hat and worn in an almost infinite number of ways. Hats off!

For decades style gurus have preached that the very definition of icky was tights with sandals or open-toed shoes. No more.

No greater authority than the temple of aristocratic taste that is the house of Givenchy reckons it's OK. It paired thick black tights with sandals and even – brace yourselves – white shoes. 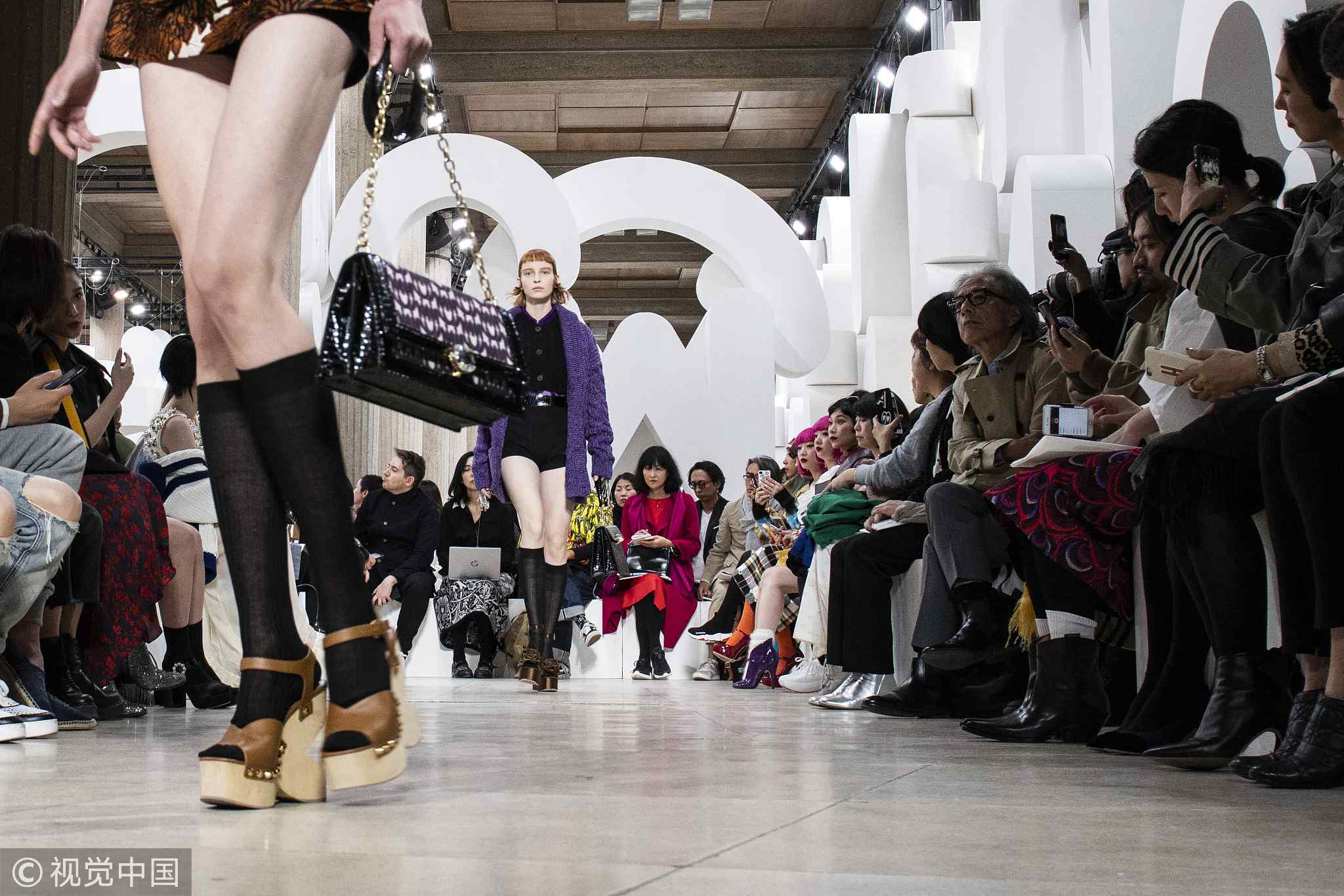 Miu Miu, a pioneer/repeat offender of knee-length tights, teamed them and black tights with pink, silver, brown and purple sandals, some with platform soles straight from the 1970s.

And revived Courreges dared to match skin-tone tights bearing its logo with miniskirts and flat sandals.

Summer is all about sunglasses, and next year they will be as big as picture windows.

Like its collection, Guy Laroche's were two-tone while Saint Laurent and newbies Each x Other went all hippy dippy with heart- and diamond-shaped frames.

For those who think shades are an unnecessary extravagance, Slimane's Paris by a night-themed debut at Celine hammered home the style rule that one should never go out after dark without them.

A model walks the runway during the Givenchy show as part of the Paris Fashion Week.