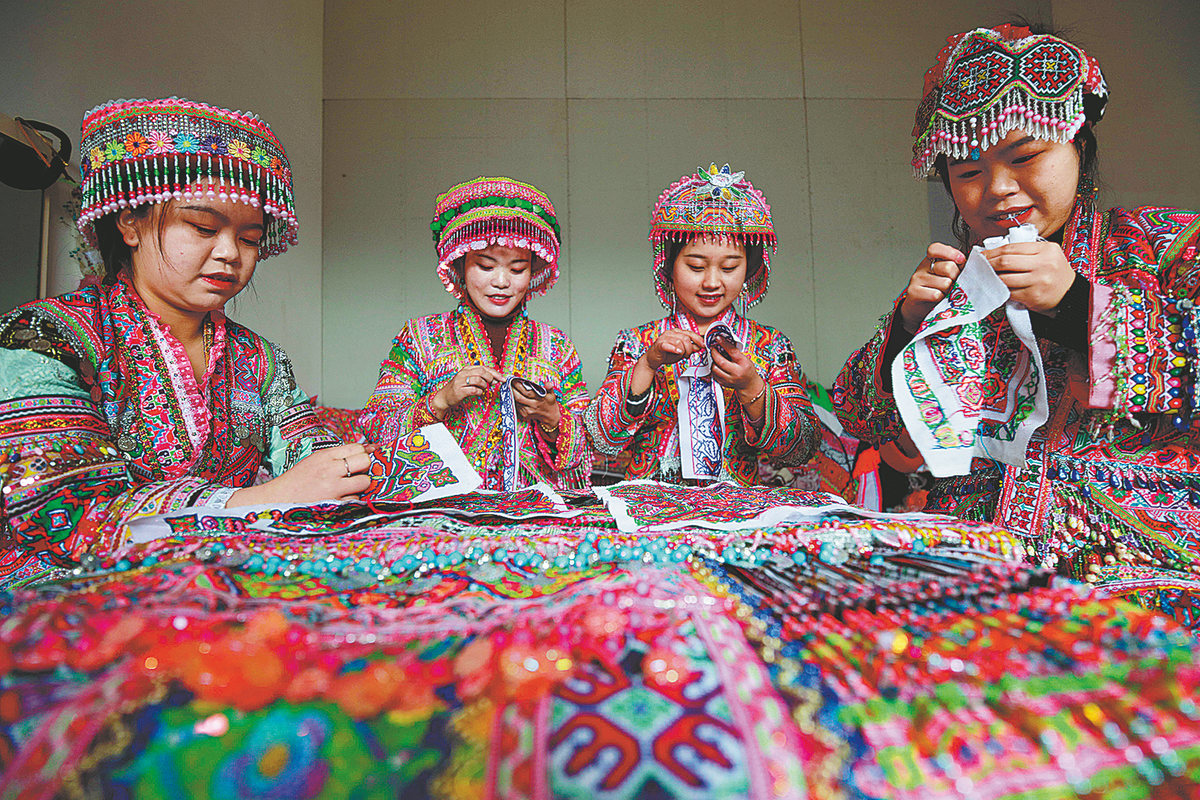 A national-level blueprint to give stronger impetus for the protection and inheritance of traditional craftsmanship was announced by the Ministry of Culture and Tourism on Wednesday in Beijing.

According to the blueprint, co-drafted with nine other ministries and national-level administrations, a complete system preserving traditional craftsmanship will be established across China by 2025.Tailored policies supporting various kinds of craftsmanship, more scientific management and creative ideas guiding the development will be adopted in the process.

Among the key projects, a nationwide evaluation of the protection of intangible cultural heritage concerning traditional craftsmanship will be launched. A list of "endangered items", which face difficulties in being inherited or finding a place in modern life, is to be compiled. Saving, recording and stronger encouragement will follow. For those doing well and are successful in the modern market, their influence as models will be promoted to benefit more practitioners of traditional craftsmanship.

As the blueprint reveals, more effort is to be made in recording craftsmanship through digitization and a national-level criterion for such documentation is also to be released.

In-depth studies of traditional craftsmanship, as well as its reflection of communication among different ethnic groups throughout history, are to be enhanced through publishing, symposiums and the adoption of new technologies.

An expanding squad of protectors will be nurtured in colleges, vocational schools and through more training sessions.

Closer cooperation among enterprises, tourism and inheritors of intangible cultural heritage will be encouraged in a bid to boost the industry.

According to Li Xiaosong, deputy director of the intangible cultural heritage department at the Ministry of Culture and Tourism, a national list of traditional craftsmanship, including 383 items across 14 categories, has been released by the ministry.

"These items that are popular and enjoy wide influence have greatly helped revitalize traditional craftsmanship," he says.

Since 2016, about 900 sessions have been organized within the framework of a national training project, he adds.

About 33,000 people representing 500-odd intangible cultural heritage items have been involved in the program.

"This demonstrates that traditional craftsmanship is widely used in our everyday life," Li says.

"A new scenario has formed whereby traditional craftsmanship has attracted attention across the whole of society," he continues.

"Through protection of such heritage from various ethnic groups, we can also consolidate our sense of the Chinese nation's shared community."