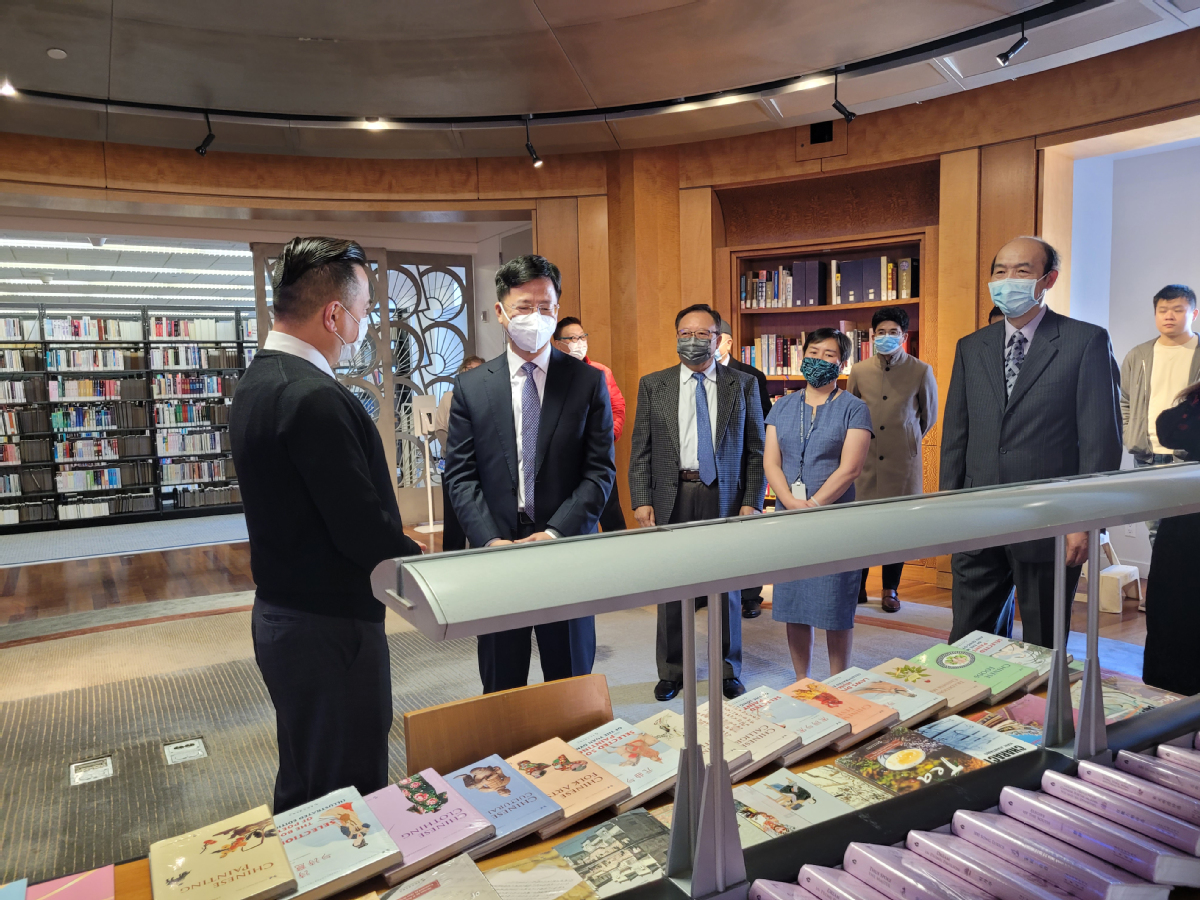 The arrival of 200 books in Chinese language to the San Francisco Public Library on Thursday signals the beginning of enhanced cultural exchanges between Shandong province and the public resource center serving Northern California and beyond.

"I'm delighted to receive the generous donation from Shandong province," said City Librarian Mike Lambert, adding he believes the "addition of 200 books to our existing collection" will "foster greater understanding and collaboration between not only our library systems (of 27 branches), but our countries."

Zhang said "two names come into my mind" when he learned about this Shandong book donation. "One is Confucius, one of the greatest scholars and philosophers in China whose thoughts profoundly shape values and perspectives of Chinese people," he said, adding "the other one is Mo Yan, the contemporary Chinese writer who won the Nobel Prize of Literature in 2015."

Zhang cited the two influential figures, both born in Shandong, to exemplify the long, rich and vibrant culture that Shandong boasts. "We love books. I hope these books will arouse the passion and interest of readers, and enable them to start a wonderful journey of exploration and discovery of China."

Shandong, ranking No 3 nationwide concerning economic strength, is well-known for its cultural heritage and abundance. It has wide-ranged cooperation with California in such fields as economy, trade, tourism and education.

A few months ago, the Shandong People's Association for Friendship reached out to the State of California, hoping to donate a collection of books featuring Chinese art, society, literature, history, children‘s stories, among others, in order to provide well-rounded and insightful information for those who are interested in knowing an authentic China.

Through introduction and matchmaking of local community leaders, the San Francisco public library was chosen as the recipient. "It was founded in 1878, and has won several national awards including the 2018 Library Journal's Library of the Year Award," said Cady Yu, president of the Shandong Association of Friendship in Northern California.

Lambert recognized the importance of the Chinese community in California, "Its population is 20% of San Francisco's total," he said. Lambert vowed to allocate institutional resources to better serve the Chinese American patrons. Besides deploying bilingual librarians who can speak Cantonese and Mandarin at branches, San Francisco is utilizing $30 million to renovate the Chinatown branch. In the current fiscal year, "We have 23 million readers, and are projecting to serve 25 million, which will be the highest circulation in the history of the San Francisco public library system," said Lambert.

Yu said besides giving away books, Shandong province also eyes at having more exchanges with their San Francisco counterparts in terms of launching more joint programs. For example, cross-cultural children's collaborations. "We should and can do more."

Zhang hopes that readers "would start planning trips to China, to Shandong in particular" and "come to our consulate office to apply for visas." He beamed when adding his colleagues "are more than happy and would try our best to offer services."