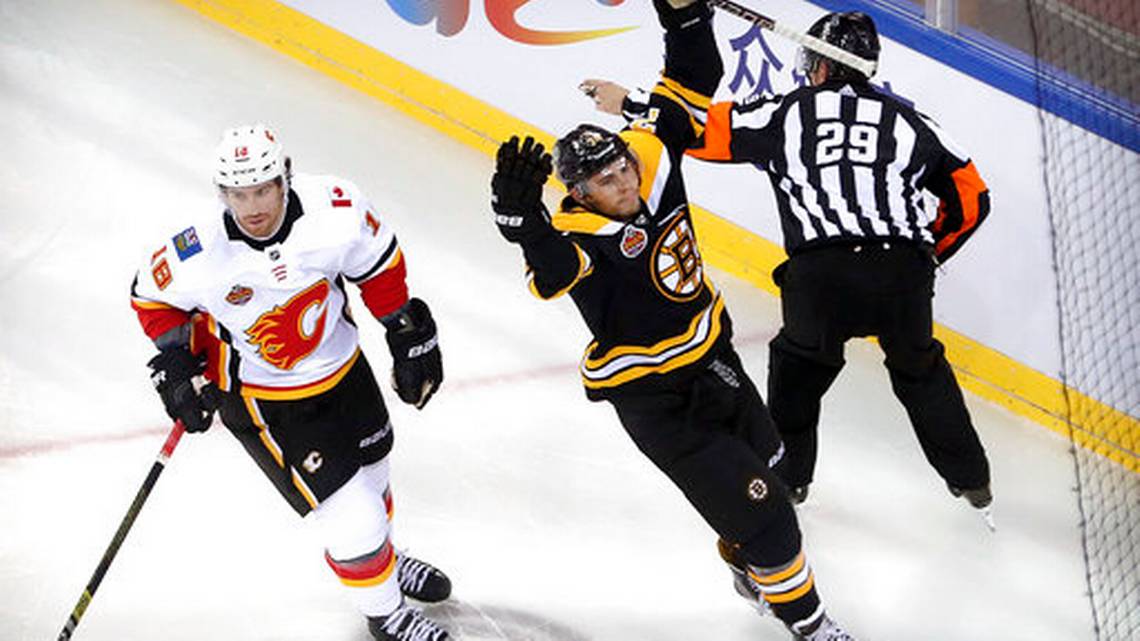 Jake DeBrusk (74) of the Boston Bruins, right, celebrates next to James Neal (18) of the Calgary Flames after scoring a goal during the first period of their 2018 NHL China Games hockey game in Beijing, China, Sept. 19, 2018. (Photo: AP)

Jake DeBrusk scored two goals, including the game-winner in the third period, to lead the Boston Bruins to a 3-1 win over the Calgary Flames on Wednesday in Beijing, China.

Boston swept the O.R.G. NHL China Games. The Bruins won the exhibition season opener 4-3 in a shootout on Saturday in Shenzhen, China.

DeBrusk opened the scoring with 1:51 left in the first. Calgary's Sean Monahan tied the game with a goal after he exited the penalty box with 2.8 seconds left in the second period.