CULTURE Bottas on pole at US Grand Prix, Hamilton starts in fifth

Bottas on pole at US Grand Prix, Hamilton starts in fifth 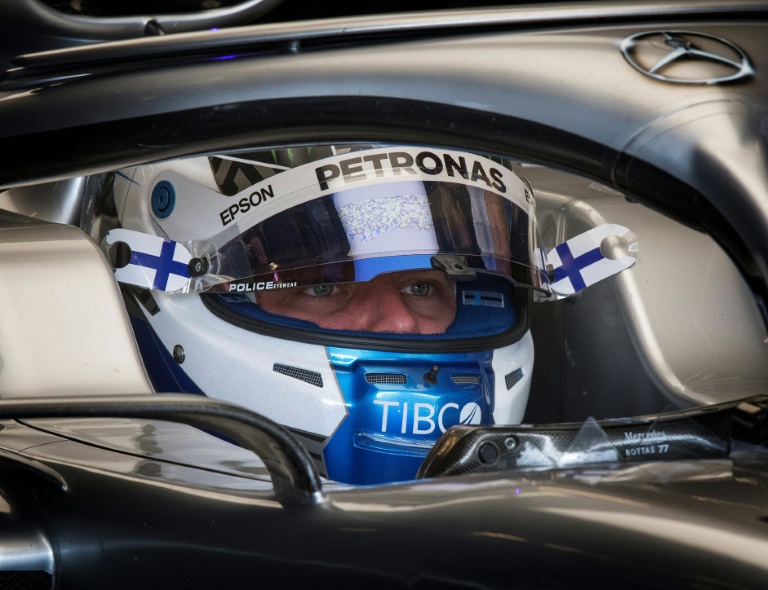 The Finn, who has to win Sunday's race and hope his Mercedes team-mate finishes outside the top eight to keep the championship alive, clocked a best lap in one minute and 32.029 seconds to outpace second-placed Sebastian Vettel of Ferrari by 0.012 seconds.

Max Verstappen was third for Red Bull ahead of Charles Leclerc in the second Ferrari and Hamilton, who was fifth.

It was the champion-elect's equal worst qualifying of his career on American soil, but he was only three-tenths adrift of his team-mate.

Hamilton is now without a pole since the German Grand Prix in July.

For Bottas, it was the first pole in the United States, his fifth this season and the 11th of his career, his best lap on his first run in Q3 remaining fast enough to put him on the prime starting spot.

Alex Albon was sixth in the second Red Bull ahead of the two McLarens of Carlos Sainz and Lando Norris with Daniel Ricciardo ninth for Renault and Pierre Gasly 10th for Toro Rosso.

"I'm really happy about that and it was a nice lap -– and to get those kinds of laps on a track like this is a good feeling," said Bottas.

"On my last lap, I was losing grip overall so I am glad nobody improved in the end on the second runs. It was tricky for me yesterday (Friday) so I was doing the work today and find what I needed in Q3."

In significantly warmer conditions, prompting many to discard jackets and coats, Leclerc was keen to make an early entry impression in Q1 after missing the morning session following an engine failure.

He posted an early marker lap before Norris took top spot briefly ahead of a reinvigorated Hamilton, who went fastest in 1:33.454.

Verstappen, still itching with frustration after being stripped of the pole in Mexico a week earlier, was second-quickest for Red Bull, ahead of Bottas, in the second Mercedes.

The Finn, unflappable as ever, could only keep his title bid alive by winning and hoping for a rare flop, outside the top eight, from his team-mate.

"We think the track has improved, so we'll take another lap," said Bottas's engineer as he and Hamilton stayed out to gain more understanding of the track in the changing conditions.

Unexpectedly, as they did so, Norris topped the Q1 times while out went Alfa Romeo's Antonio Giovinazzi and Kimi Raikkonen and the two Williams men, George Russell and Robert Kubica, split by Racing Point's Sergio Perez.

The Mexican will start from the pit-lane on Sunday after being penalised for a weighbridge transgression on Friday.

The Mercedes men, both on medium compound tires, were first out for Q2 with the Ferraris following on the same rubber.

Hamilton set the pace ahead of Bottas until Red Bull’s Verstappen, on mediums, and Albon, on softs, went third and first, sandwiching Hamilton.

Albon's lap in 1:32.898 put him within reach of Hamilton's 2018 qualifying lap record and the top six were separated by only three-tenths of a second before their second flying runs.

Leclerc went top ahead of Ferrari team-mate Vettel to lead the way into the top ten shootouts while out went Daniil Kvyat of Toro Rosso, Renault's Nico Hulkenberg, Kevin Magnussen of Haas, Lance Stroll of Racing Point and Romain Grosjean in the second Haas.

Along with Verstappen, both Magnussen and Sainz were also qualifying to start their 100th Grand Prix race.

In Q3, Bottas smashed Hamilton's qualifying record in 1:32.029 on his first run to lead Vettel, Verstappen and Leclerc with the Briton back in fifth, three-tenths adrift.