Film buffs are in for a real festive treat this yuletide season. A sparking lineup of hesui pian, (“New Year’s movies”) are planned featuring star-studded casts, light-hearted scripts and lots of fun, frolics and relaxation. 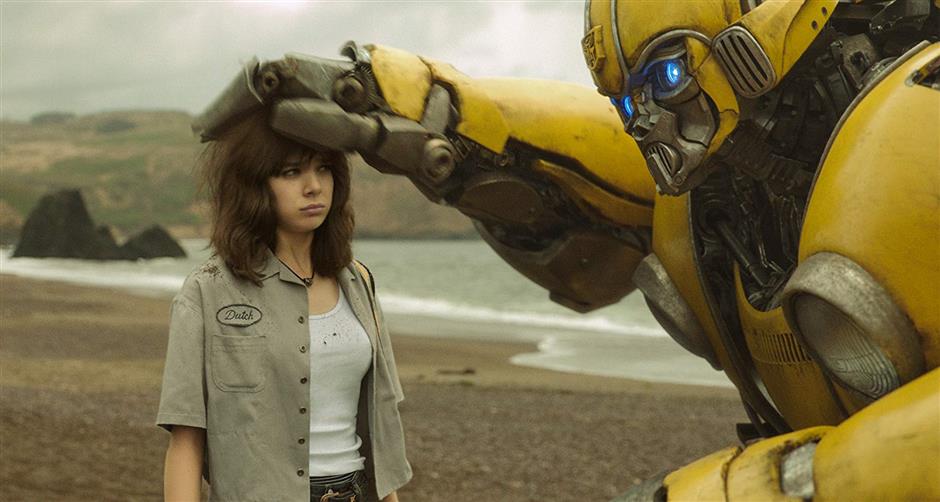 In addition to the light-hearted fare, audiences will be offered a diverse menu of new productions, from animation, suspense thriller and action to romance film.

Hilarious fantasy comedy “Airpocalypse,” a new offering by Chopstick Brothers’ member Xiao Yang, is expected to be a box office smash. The film will hit cinemas across China on December 21.

Xiao, who successfully helmed the comedy film “Old Boy: The Way of the Dragon” in 2014, is the film’s director, scriptwriter and leading actor. Also starring Chang Yuan, Shen He (widely known as Xiao Shenyang) and Du Juan, the story is inspired by an ancient Chinese mythological tale and the urban people’s fight against pollution.

It revolves around a suicide intervention expert’s mission to find and assemble the Chinese immortals of Wind, Rain, Thunder and Lightning, in order to sweep the smog away.

Director Xiao says that since people’s moods are usually affected by the weather, he hopes the film will bring fun to city dwellers at the end of a busy year and arouse awareness of environmental protection.

The fantasy martial arts comedy, set to a Ming Dynasty (1368-1644) backdrop, stars Louis Koo and Bea Haydenas as a couple in love. It is a hilarious story about a group of robbers who confront an escaped monster. The film is also expected to release on December 21.

Director Lau says he doesn’t want to be stereotyped as a professional only for action and crime movies. The fantasy comedy genre has a very interesting story and characters, and he hopes to explore the complexity of humanity through comic ways.

“The Morning After,” a Chinese counterpart to the American comedy film “The Hangover,” is also highly-awaited. The picture is slated for release on December 29.

Starring Chinese comedy stars Ge You and Yue Yunpeng, the film is centered on the absurd experience of a fish vendor, a security guard and a dolphin trainer who get drunk at an ocean aquarium.

The film stars Zhang Jin and Dave Bautista. It is a story about Cheung Tin-chi who wants to give up Wing Chun and keep a low profile with his son after being defeated by Ip Man. However, Cheung unexpectedly gets himself into a fight with a big American boss behind the bar district. Stunning scenes of Chinese martial arts are featured in the movie.

Popular Chinese tomb-raiding novel series “Ghost Blows Out the Light” will also present a new film adaptation on one of its stories this month.

“Mojin: The Worm Valley,” to be released on December 29, revolves around the fantasy adventure of tomb explorers Hu Bayi, Wang Kaixuan and Shirley Yang in a Yunnan valley to find the Muchen Pearl.

Andy Liao, a 30-something IT worker, said that the 2015 film “Mojin: The Lost Legend” was a success, and he can’t wait to see the movie.

“This story is one of the most difficult chapters of the series to be put on the big screen,” Liao said. “In the original novel there are so many mystery scenes, traps and worm beasts along the tomb expedition.”

The film is about a middle-aged man’s journey to find his lost lover — a mysterious and charming woman. However, on his journey, he unveils a secret that has been hidden for a long time.

Hollywood movies about Marvel heroes and “Transformers” will also be screened.

Marvel fans can see the animated “Spider-Man: Into the Spider-Verse.” The movie is set in a shared multi-verse, where Miles Morales and his counterparts try to stop a threat to all reality.

“Bumblebee,” the sixth installment of the live-action “Transformers” film franchise, is slated for release in China on January 4. For Transformers’ fans worldwide, Bumblebee is a popular superhero character.

Set around 20 years before the events of the first film, the movie is centered on the growth of Bumblebee after his soul, lonely and confused, is healed by a teenage girl.

The film, which hit cinemas across China yesterday, has largely improved the image and sound effects of the classic produced 30 years ago. The heartwarming story about two little girls’ fantasy experience and their friendship with wood spirits has moved generations of movie buffs.

The Chinese animated film “White Snake,” a collaboration between Light Chaser Animation and Warner Bros., will be released on December 21. Based on the famous Chinese legend of Bai Suzhen, it is a romantic story set before the white snake meets her lover Xu Xian at the West Lake. Distinctive Chinese elements are incorporated into the animation’s stunning visuals.

By the end of last month, this year’s box office revenue in China had already surpassed 55.9 billion yuan (US$8.11 billion), the total box-office taking of the country last year.

Film insiders compare this holiday movie season’s offerings to be the “strongest” for its rich diversity and the emergence of mega-productions which have cost several years to produce.

They also estimate that domestic pictures will continue to deliver as their stories are more related with Chinese people’s lives and emotions.