China's boxing world champion Xu Can is confident in defending his title against Shun Kubo of Japan for the WBA featherweight crown. 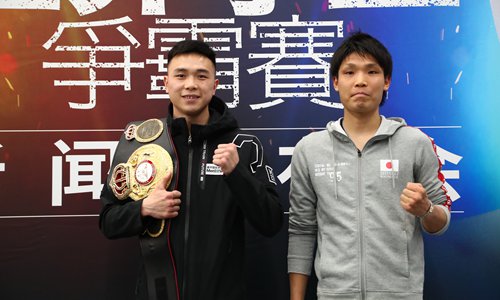 The fight will be held in Xu's hometown of Fuzhou in East China's Jiangxi Province on May 26.

"It's my privilege to have this fight at hometown," Xu told reporters. "I don't want to let the golden belt get away."

Xu defeated Jesus Rojas of Puerto Rico in January to win the world title, becoming the third Chinese after Xiong Chaozhong and Zou Shiming to do so.

Kubo, 29, a former Japanese national super-bantamweight champion, holds a record of 13-1, including nine KO wins. He is a skilled southpaw.